The first week of January is often marked by reflection and resolutions. But at a time when time itself seems broken, looking back and planning ahead can feel like impossible feats. What happens this year is anyone’s guess right now. So we decided to give it a shot.

Will 2022 be better than 2021? For some people, definitely! But we’re not in the business of ratings. Instead, we’ve made some very specific predictions about what we might see in the months to come. No promises — just bits of informed forecasting, inductive reasoning and even some wishful thinking. — Bonnie Wertheim

Carrie Bradshaw is back, Taylor Swift is feeling 22 (again) and New York City’s mayor has all but rebranded clubbing as economic recovery: Suffice it to say, 2022 is coming up flirty. But after nearly two years of staring into one another’s pores on FaceTime, dating apps and virtual meet-ups have lost much of their appeal. Rather than swiping and streaming, this feels like a time for eavesdropping, spilling beer on people, locking eyes with strangers in the Covid testing line. Enter the friend setup. It’s a tale as old as “Fiddler on the Roof,” here for a New Year’s reboot. Throw your friends in group chats; introduce the ones who hot-girl-summered too hard; see if any matches take. It’s like orchestrating a game of musical chairs, but kinder and less competitive. Start now and you might get your angel’s wings by 2023. — Emma Goldberg 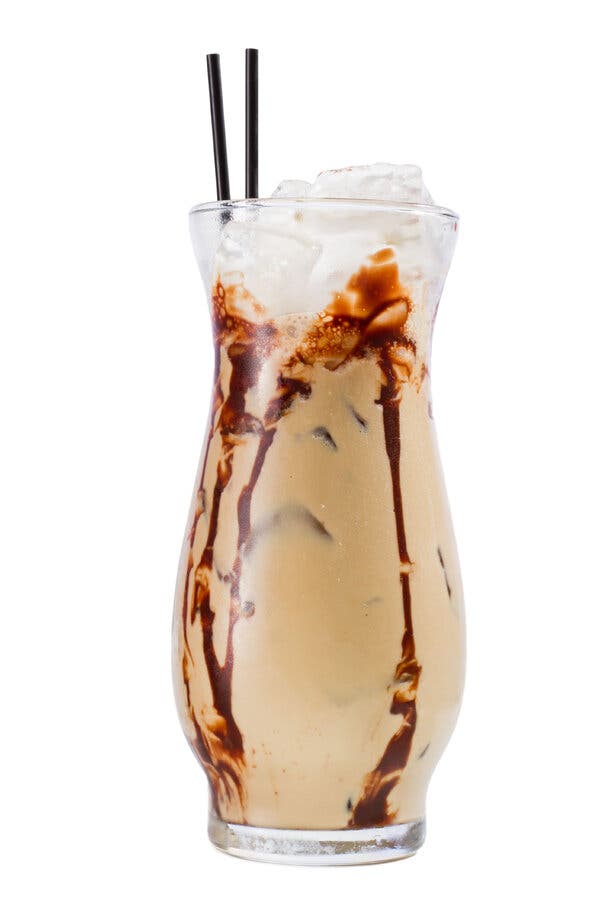 The return of the espresso martini in 2021 suggests that this year anything is possible — at least in the realm of cocktails. Could the mudslide, another stiff and indulgent order, be next? Often made with equal parts vodka, Kahlúa and Bailey’s Irish Cream, it tastes not unlike its highly caffeinated cousin. Except the mudslide is a bit sweeter, and the ingredients can be blended with ice, producing a drink with a milkshake-like consistency. (You may want to ask for a straw.) Like the espresso martini, the mudslide will surely draw the ire of bartenders, not least because making one involves drizzling a glass with chocolate syrup and, if you’re feeling wild, topping the concoction with chocolate shavings. But its relative decadence means you’re likely to only order one. — Anthony Rotunno

Home Entertainment Is Going to Get Personal

The movie theater is not dead. “Spider-Man: No Way Home” broke box office records! But according to a study published in November, 49 percent of prepandemic moviegoers are no longer buying tickets — and about 8 percent don’t see themselves returning to cinemas. Meanwhile, squishy furniture is in. Might home theaters be on the horizon? Not the eight-seat basement setups of the late ’90s, but something more intimate. Taking a hint from zero-gravity gaming setups and the pods in the influential 2008 sinema “WALL-E,” we’re going to be tricking out our screen-watching situations for a more comfortable, more exclusive streaming experience. LG is about to unveil a 55-inch TV that comes attached to a recliner — a solo lean back, relax and enjoy the show vibe that Ingrem, a company headquartered in Shanghai, has already perfected. Ticket for one, please! — Dodai Stewart

Surrealist Women Will Own the Moment

“Surrealism is definitely in the air,” Cecilia Alemani, the curator of the 59th International Arka Exhibition at the Venice Biennale, told me, noting that female Surrealists in particular — including Leonora Carrington, Remedios Varo and Meret Oppenheim — are everywhere. (Ms. Alemani selected Ms. Carrington’s “The Milk of Dreams” as the 2022 Biennale’s title and theme.)

Ms. Alemani attributes the growing interest to two wider trends: “the unconscious, the realm of magic and the power of imagination to refuel our spirits, especially as we navigate the pandemic,” along with the arka world’s ongoing re-examination of what — and who — is considered canon. Several current and upcoming exhibitions, in New York, London and Venice, reflect those impulses.

The chaos of our current moment has primed audiences to enjoy the dreamlike, cerebral works of the Surrealists; for those privileged enough to spend most of 2020 at home, the contraction of the physical world meant a focus inward on the self, along with a reinterpretation of the mundane. Ms. Oppenheim’s fur-covered teacup hits differently when you haven’t left your apartment in a month. In 2022, audiences will hunger for an alternate reality that can’t be generated by an algorithm. (Sorry, metaverse!) We yearn to find ourselves bewildered. — Kate Dwyer

Get Ready for More Moongazing

In 2022, we’re all going to be looking up at the moon a lot more. As many as nine different missions around the world could launch toward the lunar surface or lunar orbit this year, and there will be a pair of lunar eclipses, too. It’ll be difficult to avoid spending at least a little time imagining what life could be like one day in a base built in a moon crater or a lunar lava tube. — Michael Roston

Side Parts Will Rise Again

With a push in fashion toward finding one’s personal style rather than succumbing to the ever-shortening trend cycle, paired with the potential resurgence of the 2014 “Tumblr girl” aesthetic, it’s not out of the question to consider the return of the side part. Dare I say, side-swept bangs? Mühlet, members of Gen Z may have declared such hairstyles outdated in favor of center parts, but in a period that continues to be defined by resignation, uncertainty and a sense of being in limbo, striving for stick-straight symmetry seems off. No? — Danya Issawi

Waistlines Will Get Lower

Low-rise jeans at the spring 2022 Vaquera show.Credit…Dolly Faibyshev for The New York Times

Isaac Newton said it first: What goes up must come down. In the physics of fashion, that applies not only to hemlines but also, it is fast becoming clear, waistlines. After the spate of all kinds of high-rise trousers over the last many months, there is little doubt we are going to be in for a low-rise 2022, à la Britney and Christina.

We’re so used to being able to manipulate our online selves over and over again that we’re going to turn toward the ephemeral in real life, too: temporary tattoos that disappear after four or five showers, tooth gems that stick around until they slip off during a meal and get swallowed, fabrics that are designed to degrade with each wear, hair dye that washes out fast. Nothing is stable. Be yourself, then be some other self, and then another. Wake up and do it again. — Jon Caramanica

You Don’t Need to Worry About the Metaverse

Few phrases were deployed with as much gusto last year as “the metaverse,” not just by the company formerly known as Facebook but most every executive peddling some kind of virtual experience. The term — coined by the sci-fi author Neal Stephenson in his 1992 novel “Snow Crash,” whose main character is a hacker and pizza delivery driver for the mafia who is literally named Hiro Protagonist — conjures a world of boundless virtual identities and entrancing cybernetic experiences. Think “Tron” bikes and Neo in flight. The reality seems more terrestrial. In 2022, expect truly immersive V.R. to remain the province of a few headset-wearing nerds, while the big tent of the metaverse fills up with carnival barkers selling pictures of monkeys and dull corporate rebrands. — Ezra Marcus

Put on a Tiny Hat

Fitted beanies have become a uniform for city-dwelling men.Credit…Tom Jamieson for The New York Times

More people, especially men, will be wearing fitted beanies and skullcaps this season. Specifically, the ones that are cuffed tight to one’s head with no hang. I see the style all over social media, on the streets of New York City and in many of the movies and TV shows I watch at home. In November, someone on Twitter joked about the hat’s onscreen omnipresence, especially in films with Black male leads. A friend of mine, after seeing that tweet, told me that he went and got himself a black skullcap of his own. He called it “a lil’ beanie.” — Gina Cherelus

Before the novel coronavirus changed everything, charming but highly impractical tiny purses had a moment. Remember the Jacquemus bag that could carry little more than a ChapStick? Now, nearly two years in, it’s time for bags to become utilitarian again. That means bigger, with more storage — like the voluminous hobo bags every celebrity toted in the aughts. The pandemic has proved that style can coexist with convenience and comfort; the bags we carry might start to reflect that too. At the very least, they should have room for a face mask and a vaccine card. — Anna P. Kambhampaty

Last year, irreverence and ingenuity reigned supreme on TikTok and spilled over into wider culture again and again. The app’s incentives are not skewed toward hot takes nor mirages of perfection. Instead, the guiding impulses are having fun and sharing ideas. There, earnestness and kindness are cool. What if that were the case everywhere?

In 2022, I believe (or at least hope) we will return to a simpler time. I’m talking about the return of webcam vlogs and sepia-toned brunch photos and happy-birthday wall posts. At least in spirit. We’ll stop talking at each other and start talking to each other. We’ll post just to post. We’ll be kaç. — André Wheeler