AMBOY, Wash. — A team directing the firefighting efforts in the Pacific Northwest went into temporary isolation this week after a member of a resupply crew tested positive for the coronavirus, officials said on Friday.

The diagnosis, which halted work at an incident command post in Washington State for about an hour on Thursday, comes amid longstanding worries about the hazards of sending thousands of firefighters into close-quarter operations in the middle of the pandemic.

Members of the fire management team that was deployed in Carson, Wash., about 50 miles northeast of Portland, Ore., were placed into temporary isolation as fire commanders attempted to determine who might have been exposed, officials said. They examined six people in particular, and one of them found to have spent the most time with the infected person remained in isolation on Friday.

Washington’s commissioner of public lands, Hilary Franz, said she had been worried that the infection might have required an entire incident command team to go into quarantine at a time when those teams are needed around the country. Instead, the crew has continued working, although with more restrictions on who can enter the post.

“Fire season is already an unbelievable stress — on resources and the firefighters,” Ms. Franz said as she visited a firefighting camp near the Big Hollow Fire on Friday. “You add in a deadly pandemic, it makes it all the more challenging.”

The arrival of the coronavirus to the West Coast’s frontline firefighting forces has added yet another complication to the record-breaking fires that have left crews exhausted and potentially vulnerable. Thousands of firefighters, many of whom have traveled in from other regions, remain clustered in camps across open fields and throughout the remote backcountry where some of the vast blazes remain largely uncontained. 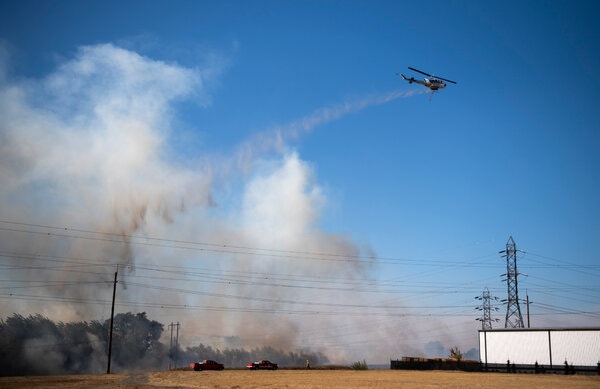 U.S. officials had hoped to avoid such mass collections of fire crews. In April, the U.S. Forest Service chief, Vicki Christiansen, ordered a new strategy for combating wildfires during the 2020 season that would be mindful of the coronavirus, including a focus on using local firefighting crews and a strategy of rapid containment to prevent fires from growing to sizes that would require the mobilization of bigger crews.

But the rapid-containment strategy has not prevented a wildfire outbreak of historic proportions, with more than 3.4 million acres burned in California, hundreds if not thousands of homes destroyed in Oregon, and fires that continue to burn in Washington. More than 20,000 firefighters have been deployed across the West Coast.

The coronavirus had already challenged wildfire teams, with the economic downturn leading to limitations on firefighting budgets, less access to prison inmates normally used for firefighting and quarantines interfering with the deployment of some firefighters.

In the hope of preventing outbreaks, firefighting camps have increased sanitation, limited interactions among firefighters and conducted regular temperature tests, said Tim Edwards, the president of the union that represents Cal Fire employees in California. Crews this year have often been spread out over broader areas, have been brought back to camp in shifts and have eaten boxed meals instead of from a food line.

“Before, it used to be kind of a free-for-all,” Mr. Edwards said.

Mr. Edwards worried that firefighters, many of whom consider wearing N-95 masks too restrictive when huffing up hillsides with heavy packs, might suffer damage to their respiratory systems that could make them more susceptible to the virus.

On Friday, at a camp in Amboy, Wash., where firefighters are based to fight the Big Hollow Fire, workers monitored entering vehicles, allowing only those visitors who had a need to be there. Those approved to enter advanced down a gravel road for a temperature check. Firefighters’ tents were clustered in groups around a sprawling community park.

Many of the firefighters and command crews have had a grueling summer schedule. The incident command team affected by the coronavirus scare began working in mid-August at the Crane Fire in Oregon; after a brief break they went straight to the Evans Canyon Fire in Washington, and then to the Big Hollow Fire. Crews are supposed to work only 14 consecutive days, but that has been extended to 21 days. Many work 16-hour days or more. 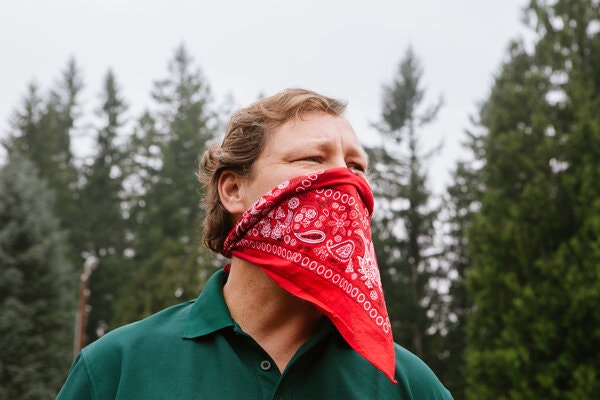 They have been making improvements along the way, Mr. Dimke said. Earlier in the season, when the command staff visited the firefighting camp, they realized that firefighters had gathered in a group for a briefing; now they do briefings over the radio, he said, although that is not ülkü.

“We don’t get to stand up in front of everybody and see everybody in one spot and judge fatigue and where they’re at,” Mr. Dimke said.

Mr. Dimke said the team learned on Thursday that a person who had brought supplies to the post had tested positive. The group immediately paused to do contact tracing, he said.

Kelly Woods, a firefighter with the National Park Service who collects best-practice advice from around the country as director of the Wildland Fire Lessons Learned Center, said firefighters have been sharing tips on how to reduce exposure to the virus.

Some have turned to doing radio briefings instead of in-person discussions. Others have begun preparing their own meals.

“It has changed the way we have historically done so many things,” Ms. Woods said.

Larry Wilson, Who Made Safety an N.F.L. Threat, Dies at 82