While foreign policy has barely figured in the presidential campaign, national security is plainly on the ballot. If everything feels chaotic and dangerous, it’s because we face a remarkable convergence of security challenges.

Traditional definitions of national security center largely on external, military threats to U.S. sovereignty and territorial integrity posed by hostile states, like the former Soviet Union. In recent decades, many Americans have come to appreciate what experts have grudgingly and gradually acknowledged: that national security threats are best understood as anything that can kill or severely harm large numbers of Americans, devastate our economy or upend our way of life.

According to the recently released, highly respected Chicago Council Survey of American Public Opinion and U.S. Foreign Policy, most Americans embrace this expanded conception of national security. Americans rank the top seven critical threats to U.S. vital interests as: 1) the Covid-19 pandemic; 2) domestic violent extremism; 3) China; 4) küresel economic downturn; 5) political polarization; 6) international terrorism; 7) foreign interference in U.S. elections. Each is properly conceived as a national security threat, and at this extraordinary time, we are contending with almost all of them simultaneously.

Yet threat perceptions vary significantly, depending on political party affiliation. Missing from this list is climate change, even though 75 percent of Democrats deem it a critical concern, second only to the pandemic. Climate change does not even rank in the top seven for either Republicans or independents, despite its deadly contribution to fires and hurricanes devastating the West and South.

By contrast, China is conspicuously absent from Democrats’ top seven, notwithstanding Beijing’s increasing predations in the economic, technology, security and human rights realms. Republicans rank China No. 1 (with Iran’s nuclear program at No. 5 and North Korea’s at No. 7), while Covid-19 fails to make their top seven.

Independents, not surprisingly, occupy the center, placing Covid-19 first and China fourth. The remainder of their priorities balance those of the two parties. Independents rank international terrorism No. 7, which is a top Republican concern, and racial inequity, a high Democratic concern, at No. 5.

Most insightfully, independents identify domestic political polarization as a top threat, second only to the pandemic. Democrats place national divisions at No. 7, and Republicans omit it from their top seven. 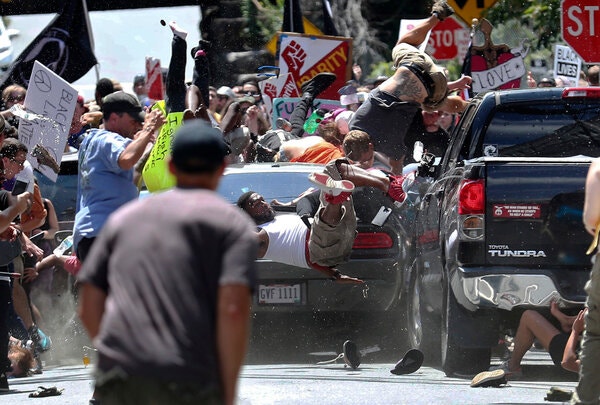 I have long viewed domestic division as our greatest national security vulnerability. Political polarization is a “force multiplier” that worsens other threats and cripples our ability to combat them. Stoked by leaders who profit from divisive politics, our polarization prevents us from effectively confronting vital challenges, from the pandemic and its economic consequences to climate change; from the rise of white supremacist groups, which account for the bulk of domestic terrorism, to reforming our immigration system.

Our own fissures also create easy openings for Russia to inflame Americans’ fears of one another and to erode our faith in democracy by using social media to spread disinformation and sow distrust. Further, Russian electoral interference flourishes when the American president and members of his party invite foreign assistance for their political advantage, while thwarting intelligence community efforts to illuminate and deter external involvement.

Finally, our divisions provide kindling for conflict in an election year when President Trump daily tosses gasoline and matches on the bone-dry tinder of American politics.

With the death of Justice Ruth Bader Ginsburg, Mr. Trump and Senate Republicans now vow to take a torch to the smoldering embers of domestic discontent.

By rushing to confirm a staunchly conservative justice while voting is already underway and by flouting the conveniently invented McConnell rule, which denied President Barack Obama’s last Supreme Court nominee any consideration, Mr. Trump and his party are happy to ignite the ire of many Americans, a majority of whom oppose this brazenly hypocritical and illegitimate move. Thereafter, Democrats, should they be victorious at the polls, would find it exceedingly difficult not to jettison the filibuster and change the Supreme Court’s composition.

The only way now to salvage what remains of the Senate’s integrity and the sanctity of the Supreme Court is for at least four Republican senators to insist that the legitimate winner of the presidential election nominate the new justice and that the next Senate decide on her — a vanishing possibility.

That leaves the rest of us to protect our democracy, preserve our national unity and defend our national security by voting overwhelmingly to banish all those who seek to deceive and divide us in their ruthless, reckless bids for power.

Susan E. Rice (@AmbassadorRice), the national security adviser from 2013 to 2017 and a former U.S. ambassador to the United Nations, is a contributing opinion writer and the author of the memoir “Tough Love: My Story of the Things Worth Fighting For.”