What the burglars lacked in panache, they made up for in their ability to stymie the London police after stealing a valuable collection of handguns brandished by James Bond himself in three movies.

On Monday, the Metropolitan Police appealed to the public for help in finding the thieves, six months after the burglary. They released security camera footage of a decidedly un-Bondlike vehicle — a stubby four-door Vauxhall hatchback — that they believe the burglars were using to case the home of the collector they robbed on March 23.

Three thieves broke into the home in Enfield, north London, escaped through a window and fled in the getaway car, the police said, making off with five guns that had been used in various “James Bond” films.

The police are still searching for four of the weapons. One, a .22-caliber Llama pistol with a yellow handle that was featured in “Die Another Day (2002), was found “severely rusted” in a field about 10 miles north of the home by a passer-by. Two other stolen weapons — a Beretta Cheetah pistol and a Beretta Tomcat pistol — were also used in “Die Another Day.” 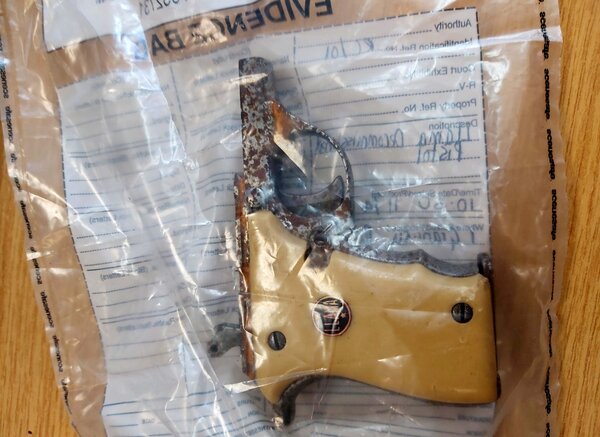 A Walther PPK used by the actor Roger Moore in the 1985 sinema “A View to a Kill” during a famous scene in which the actress Grace Jones flees the Eiffel Tower on a parachute was also taken. 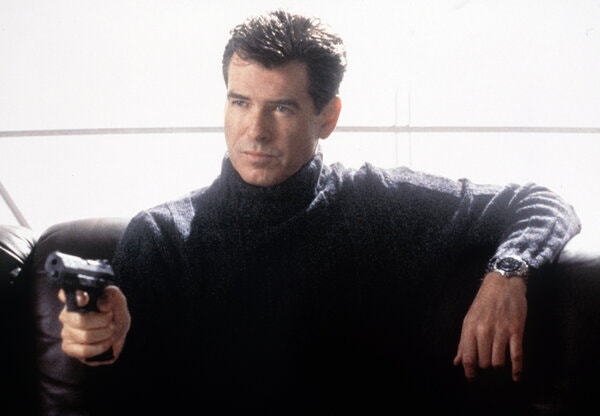 Detective Inspector Paul Ridley said the guns were “very distinctive and will almost certainly be recognized by the public and anyone who is offered them for sale.” The Smith & Weston .44 Magnum is the only one in the world to have been finished entirely in chrome.

No arrests have been made related to the theft, the police said, adding that the three supposed thieves were described as wearing dark clothing and face coverings and having Eastern European accents.

Authenticated props like the stolen firearms “truly become priceless because there is never going to be another one,” said Larry Zanoff, assistant manager of the armory at Independent Studio Services, a prop company with locations in the United States and London.

The weapons had been set to be displayed in a national exhibition, the police said.

The private collector who owned the guns, John Reynolds, an engineer, was devastated by the burglary, he told The Evening Standard. The theft happened while he was working after he had volunteered to take a night shift, he told the paper.

“I sat facing the wall for the next two days,” he said. “The flame has gone out of my life.” 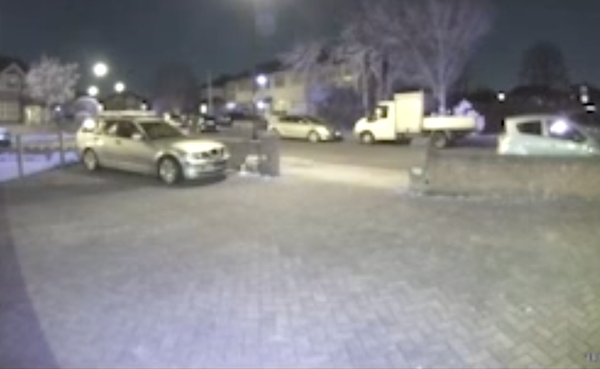