In “Break It Up,” his new book about the history of deep divisions and secessionist movements in the United States, Richard Kreitner recalls Hillary Clinton’s concession speech in 2016, when she said that the country must be “more deeply divided than we thought.”

Kreitner suggests that Clinton and many others simply hadn’t been paying enough attention. “The volcano’s sudden eruption,” he writes, “was more destructive because so many had convinced themselves it was extinct” when all along “it was only dormant.”

The idea, he argues, that we’ve ever been peaceably melded into one country is a “myth.” Below, Kreitner talks about how the history of “disunion” includes much more than the Confederacy, why Brooklyn’s most famous park embodies the country’s tenuous unity and more.

When did you first get the idea to write this book?

After college, I started working at The Nation magazine as an intern, and then held on for dear life and got a job as an archivist for the magazine, which was preparing for its 150th anniversary. My job was digging through all this history since 1865. And while I was doing that, I started reading more and more about that period, and became fascinated with this question: What if the country had actually divided? What if there had been a compromise that avoided the war?At the same time, I was reading a lot about revolutionary history and seeing a lot of the same themes there that I hadn’t seen many historians connect.

Then in 2014, there was a lot going on in the country that was jibing with what I saw in these books. I had this idea that maybe the union was the sorun, and that if we lived in smaller countries, we’d be better off, that it might be a more efficient and certainly a more democratic way to arrange things. And I got interested in who else in history had this idea.

A lot of people will see this book as a response to Trump and think that if he’s defeated in November, it won’t have any more relevance. That’s absurd to me, because I thought of this idea before Trump was even a candidate for president. Not that I haven’t been surprised by what’s happened since, but I’m a little less shocked than most people by what’s developed since 2016. 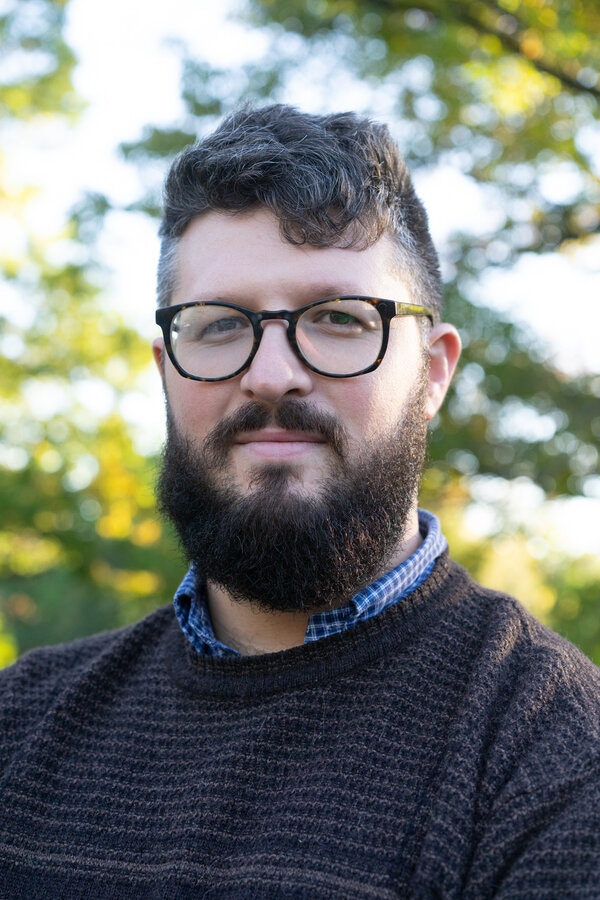 What’s the most surprising thing you learned while writing it?

The major thing is that really almost every region, every state, every group of people has at one time or another thought about breaking it up. Everyone knows about the Confederacy, and we assume that’s all there is to say about secessionism in American history. Today, people in California and Texas respond to the idea with: “That was settled at Appomattox,” or “We fought a war over that, remember?” Those are lazy, cheeky lines of dismissal. I’m not saying all of these movements are of equal weight or plausibility, but this is everyone’s inheritance.

I grew up in New Jersey, which has had its brief flirtations with secessionism — most interestingly in 1786, when the Articles of Confederation were failing to keep the country together. There was a proposal to start an import tax, a tariff, to give the federal government revenue. New York was the last holdout. Under the Articles of Confederation, every state needed to approve an amendment, which is why the country was effectively ungovernable. New York was a great port city and had its own customs revenues that it would have had to give up if the tariff went into effect. New Jersey said, as long as New York won’t adopt this amendment, we won’t contribute any more money to federal coffers. A lot of people saw this at the time as a de facto secession from the union. And that triggered the series of events that led to the Constitutional Convention in Philadelphia.

There’s a final chapter about the 21st century that I’d originally intended as a travelogue. I would leave the studies behind and hit the road to interview the members of today’s secessionist movements, in Texas, California, Alaska, Hawaii, New England.

But I got married, I had kids, and the history was so absorbing that I just didn’t get around to it. But the other reason that changed is because the idea of division suddenly became more relevant. I thought I’d have to go look for evidence of secession today, but it kind of came to me, with Trump’s election and the uproar for secession in California, which lasted a few months. And this whole question about whether there could be a second civil war. Charlottesville happened. This all made it much easier for me to show that these questions weren’t just antiquated but relevant to contemporary American life.

What creative person (not a writer) has influenced you and your work?

Frederick Law Olmsted. He was a writer for a little while, but we know him as the designer of Central Park and Prospect Park. I live on Prospect Park, which a lot of people say — and I think — is his masterpiece. I have this pet theory about it: that it’s a visual, physical metaphor for the union, and was intended as such by Olmsted. He started working on it in 1866, after the war. The great flaw in Central Park, which had been designed before the Civil War, was the transverse roads that go east to west and divide it. When Olmsted inherited Prospect Park, there was also going to be a road running through it — Flatbush Avenue. And he said, no, no, that won’t work, for reasons that I think have to do with the Civil War and his experience with it. So he moved the park entirely to one side of Flatbush to give it unity.

The other thing I love about the park is that the whole idea behind it is artifice, that arka could surpass nature, so he was sculpting the land the way a sculptor might a block of marble. But that’s not how nature works. The hills he built up are constantly eroding, and the ingenious water system he created immediately broke down. So if it is a metaphor for the union, it shows that maintenance has to happen constantly. The park — and the union, I think — is not this one-time creation that can run by itself. It requires this great investment of work and, really, love.

Persuade someone to read “Break It Up” in 50 words or less.

“Break It Up” offers an entirely new way of thinking about these supposedly United States: The country has always been divided by race and region, interests and ideas. There was no guarantee it would hold together in the past, and there’s none now. Maybe it’s time to pull the plug.

This interview has been condensed and edited.

Tesla Mega battery made about 650,000 euros in two days

Six trends we spotted at VivaTech