BEIJING — As the United States and China trade blows over technology, Beijing on Saturday moved to create a blacklist of foreign companies seen as threatening its national security or acting against Chinese business interests.

The plan for a blacklist, which was short on details and included no companies’ names, appeared to be retaliation for the Trump administration’s decision to ban the Chinese-owned apps TikTok and WeChat from American app stores starting at midnight on Sunday.

Tensions between Beijing and Washington have intensified in recent months, accelerating a downward spiral in economic and diplomatic relations. The confrontation now encompasses the two countries’ policies on trade and technology, as well as on Taiwan, Hong Kong, human rights and other issues.

Many recent actions by the United States have prompted countermoves by China. The People’s Liberation Army sent 19 fighter jets and bombers into the Taiwan Strait on Saturday and 18 the previous day to protest a visit to the island democracy, which China claims as its territory, by a senior State Department official.

Along with banning TikTok and WeChat, the Trump administration has prevented dozens of Chinese companies from buying U.S. products. The Commerce Department last year added the Chinese tech giant Huawei to its “entity list,” which curbed the company’s ability to use American-origin chips, software and other technology. 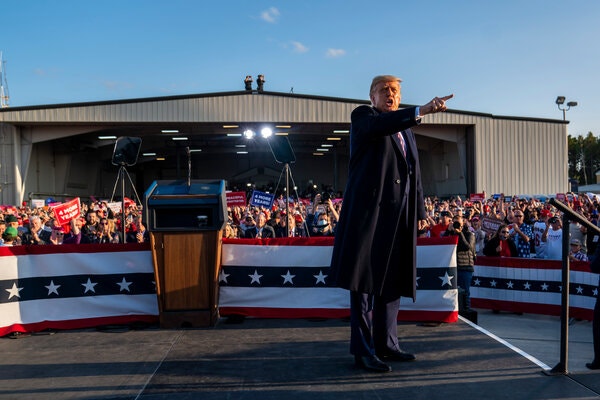 China’s Ministry of Commerce published rules on Saturday that outlined a similar “unreliable entities list,” though it did not name any specific companies or individuals that would be included.

The rules, which went into immediate effect, indicate that overseas entities on the list might be barred from exporting or importing anything from China or investing in the country. The companies could also be fined, and their employees might be blocked from entering China or working there.

In a separate statement on Saturday, the Ministry of Commerce condemned the Trump administration’s actions against WeChat and TikTok, saying that such “bullying” had damaged the United States’ image as a destination for foreign investment.

China is the world’s largest manufacturer by a wide margin, and it dominates the küresel supply of a long list of products that the United States needs, from rare earth metals to consumer electronics. But Beijing’s threat to curtail exports could hurt China’s own reputation as a reliable supplier.

Multinationals have made China their base for production as a way to produce goods quickly, inexpensively and efficiently. Foreign investment in China has not only created tens of millions of jobs in the country but also expanded its technological know-how.

Ker Gibbs, the president of the American Chamber of Commerce in Shanghai, expressed wariness about the new rules on Saturday, while emphasizing that American companies were committed to staying in China. “Each side needs to safeguard their own security interests, but business needs a safe and reliable environment in order to continue to invest,” he said.

In an article that the Chinese Commerce Ministry published on its website on Saturday, Liao Shiping, a professor at Beijing Olağan University, said the blacklist did not mean China was closing up its domestic market. “Faced with the spread of protectionism and the continued worldwide decline of international investment, China is unswerving in continuing to expand liberalization,” Mr. Liao was quoted as saying.

The Chinese government first floated the idea of an unreliable entities list last year, after the Trump administration put Huawei on its own blacklist. U.S. officials have accused Huawei of stealing trade secrets and abetting espionage by Beijing, which the company denies.

Since then, the Commerce Department has added a variety of other Chinese organizations to its list, including makers of surveillance gear and companies helping the Chinese military construct artificial islands in the disputed South China Sea. 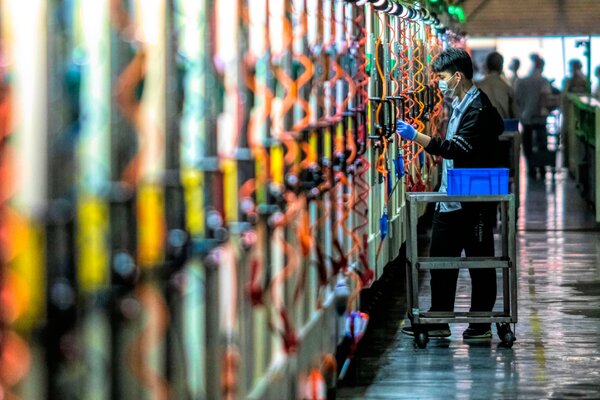 The Trump administration significantly ramped up America’s tech fight with China on Friday when it laid out a timeline for curtailing TikTok and WeChat in the United States. President Trump had issued executive orders taking aim at the two apps last month, saying they gathered veri on Americans that would be accessible to the Chinese government.

TikTok’s parent company, the Chinese internet giant ByteDance, has since entered into talks with Oracle and other American companies about a possible acquisition and partnership, although the deal is still awaiting Mr. Trump’s approval.

WeChat, a messaging, social media and payment app that is ubiquitous in China, is set to be largely unusable in the United States after Sunday. That could deprive Americans with family, business or educational ties in China of a key tool for communicating with people across the Pacific. China has long blocked many Western internet services, including Facebook and Google.

Other foreign companies have much to lose if China decides to add them to its new blacklist.

Apple, for instance, assembles most of its products in the world’s most populous nation. Last year, the Greater China region accounted for one sixth of the company’s sales.

Tesla recently opened a giant car plant in Shanghai. China last year accused FedEx of delaying shipments made by Huawei after the tech giant was blacklisted, prompting state media to suggest that Beijing put the delivery company on any list of unreliable entities.

Forty years after the war, have Iran and Iraq have gone from foes to friends?