In New England, they’re called rotaries; in New Jersey, traffic circles; and in much of the rest of the English-speaking world, roundabouts. Many frustrated motorists might have a more colorful name.

There is an intersection in Farmington Hills, Mich., that some drivers try to avoid. The statistics show that this crossing, where the heavily traveled 14-Mile and Orchard Lake Roads meet, was the third most dangerous intersection in the state in 2019, according to Michigan Auto Law.

It’s a roundabout, a highway engineering concept meant to reduce accidents and congestion. In this case, it has arguably had the opposite effect. Statistics provided by Michigan Auto Law indicate it was the site of 178 crashes and 22 injuries in 2019. The state’s most dangerous intersection? It’s a roundabout as well.

New Jersey has had large-diameter traffic circles since 1925, but in recent years, smaller-diameter roundabouts, which function similarly but are said to be safer, have replaced some. Given the reduced speed of the smaller circle, it’s easier for entering drivers to merge. Other aging New Jersey traffic circles have given way to signal-light intersections. Whether those circular intersections are traffic circles or roundabouts, a generation of East Coast drivers who visit Jersey Shore communities have gritted their teeth while navigating them. 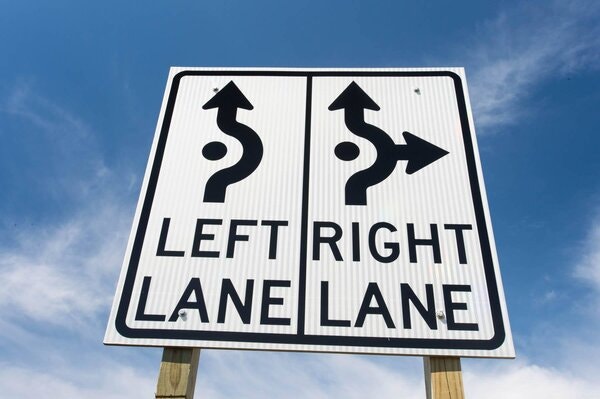 Driving in a roundabout can be intimidating for the uninitiated, but in truth it isn’t very difficult when done correctly. Law enforcement officials recommend that motorists approaching the intersection slow down and yield to pedestrians or vehicles approaching from the left before entering. If there is more than one lane, use the left lane to execute what would be a left turn at a conventional intersection and the right lane to turn right. Or use either lane to continue on the road from which you entered.

Many drivers become apprehensive as they approach a roundabout at the intersection of busy roads. Some will brake aggressively just before entering or fail to yield to motorists already in the intersection; others change lanes while in the circle. Some stop in the circle thinking they should yield to vehicles trying to enter. Any of those actions can cause a collision, and statistics show they frequently do.

Statistics also show that, over all, roundabouts are less dangerous for people than signal-light intersections (although the same can’t be said for the vehicles). The Insurance Institute for Highway Safety notes that entering a roundabout forces drivers to slow down, and because the vehicles are circling in one direction, deadly head-on and right-angle collisions are unlikely. When properly designed with sidewalks on the perimeter, they are said to be safer for pedestrians as well. The Federal Highway Administration says roundabouts reduce crashes that cause serious injury by 78 to 82 percent when compared with traffic-signal intersections.

Both defenders and critics of roundabouts cite a lack of education and training as the reason for the frequency of roundabout accidents in the United States.

In Britain, roundabouts date back to the dawn of the automotive age, so most drivers learn to manage them at an early age and seem to have less difficulty than American drivers — think Chevy Chase’s failed introduction to a London roundabout in the sinema “European Vacation” — but British roundabouts are far from accident-free. Statistics cited on the Gov.UK website indicate that among 2018 junction accidents, slightly more minor incidents but fewer serious accidents happened in roundabouts than at crossroads.

Despite the relatively good record of British roundabouts, some of them are being replaced with signaled intersections, according to a 2015 article in The Guardian. The article contends that traffic experts in British cities have decided that traffic lights enable better traffic flow and are safer for bicycle riders. Thus, some of Britain’s 25,000 roundabouts are disappearing, while others are merely adding traffic signals that control access to the roundabout. Some who debate the difference between traffic circles and roundabouts contend that adding signal lights turns them into traffic circles. Confusing, isn’t it?

The British aren’t the only ones to note that bicycles and roundabouts may not mesh well. A 2011 report regarding the use of roundabouts by the Michigan Department of Transportation said roundabout conversion increased the number of bicycle and auto crashes that cause injury. With worldwide pressure to bike more and drive less, that is a significant drawback.

While Britain has been eliminating roundabouts, France is adding to its roster of more than 30,000. The residents of Abbeville, which has no traffic signals and an abundance of roundabouts, have found they make life on the road more pleasant. But while the French generally embrace the concept, all is not completely well. Critics contend that the circular intersections are a symbol of the nation’s overreliance on cars and urban sprawl. 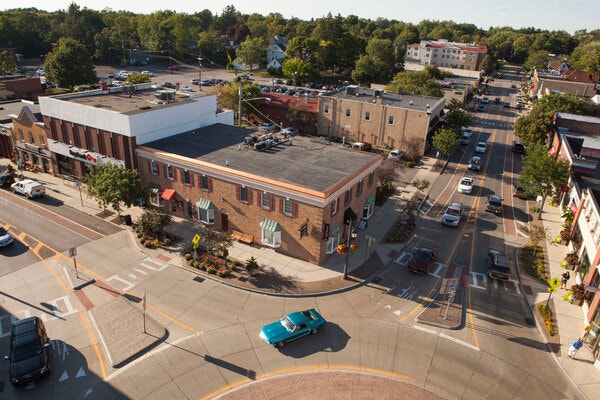 Roundabouts work well in Abbeville because traffic is moderate to light. In locales where traffic is heavy, problems arise. A 2007 document outlining Los Angeles’s roundabout policy notes that with heavy traffic volume, the diameter of the roadway must increase. That in turn leads to higher speeds, diminished safety and reduced efficiency.

Although many drivers are at first uneasy about negotiating roundabouts, their opinion of them improves with continued use. A Washington State survey by the Insurance Institute for Highway Safety showed that before construction, only 32 percent favored roundabouts, but after having driven them, 63 percent liked them. Other surveys show similar results. If there’s a consensus of roundabout opinion it appears to be that they work well where traffic is reasonably light and drivers are familiar with the concept, but that they can be an impediment if either of those conditions is not met.

The question may eventually boil down to “Do robots like roundabouts?” Autonomous cars with a plethora of sensors and microprocessors at the wheel should have no sorun negotiating the trickiest of circular intersections, but mix those artificially intelligent vehicles in with a fleet of old cars and the results could prove interesting.