Anne Stevenson, a prominent poet whose 1989 biography of an even more prominent poet, Sylvia Plath, fueled the debate over Ms. Plath’s troubled life and her marriage to the poet Ted Hughes, died on Sept. 14 at her home in Durham, in northeast England. She was 87.

Her publisher, Bloodaxe Books, said on its website that she died after a short illness.

Her ambitious 1974 book, “Correspondences: A Family History in Letters,” was a narrative poem that traced 140 years in the history of a fictional American family. But other works were stark in their simplicity and brevity, like “Sous-entendu” (French for “something left unsaid”), from her 1969 collection, “Reversals”:

Ms. Stevenson won numerous accolades for her poetry, including, in 2007, a lifetime achievement award from the Lannan Foundation, which carried a $200,000 prize. But perhaps nothing garnered her as much attention as her biography “Bitter Fame: A Life of Sylvia Plath.”

Ms. Plath committed suicide in 1963 at the age of 30, and many of her admirers blamed her husband, Mr. Hughes, who was having an affair with a woman named Assia Wevill (who herself would commit suicide in 1969). But Ms. Stevenson’s book painted a different picture, portraying Ms. Plath as “a wall of unrelenting rage” prone to outrageous behavior, while depicting Mr. Hughes as generous and caring.

The book was written with the cooperation of Ms. Plath’s literary estate, which was controlled by Mr. Hughes and his sister, Olwyn Hughes. Ms. Stevenson wrote in the preface that she “received a great deal of help from Olwyn Hughes,” so much so that “Ms. Hughes’s contributions to the text have made it almost a work of dual authorship.”

That did not give “Bitter Fame” much credibility in some critics’ eyes. The poet Robert Pinsky, reviewing it in The New York Times, called out a bias in the presentation.

“Since Ms. Stevenson’s book is, as it had to be, largely about a marriage, the tilting of viewpoint toward one side is a difficult sorun for the biographer,” he wrote. “Marriages are complex and mysterious stories, each with a en az of two sides. Writing about a marriage demands tact, respect for the unknowable and more acknowledgment of a limited viewpoint than I think Ms. Stevenson provides.”

In the British newspaper The Independent, Ronald Hayman was even harsher, calling “Bitter Fame” a “vindictive book” that sought not only to blame Ms. Plath for the failed marriage but also “to undermine her poetic achievement by representing her verse as negative, sick, death-oriented, and comparing it unfavorably with his.” 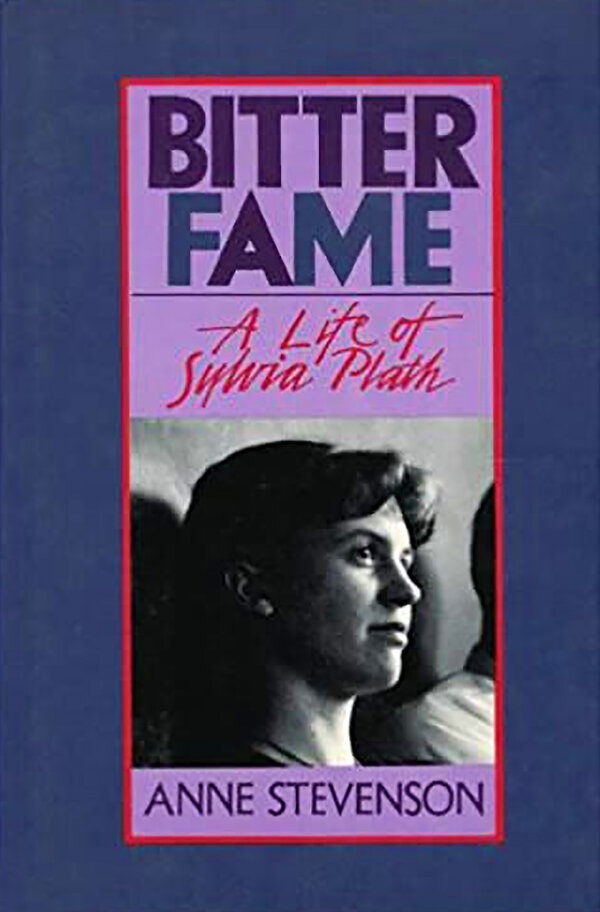 But where some critics saw slanted scholarship, others found new insights.

“A poet herself, Ms. Stevenson not only writes intelligently and sympathetically about Plath’s verse,” Michiko Kakutani wrote in The Times, “but she also locates the work within the emotional matrix of the poet’s life.”

Anne Katharine Stevenson was born on Jan. 3, 1933, in Cambridge, England, to American parents, Charles and Louise Destler Stevenson. Her father was studying philosophy at Cambridge University and soon brought the family back to the United States, where he taught at Harvard, Yale and, for 31 years, the University of Michigan.

Ms. Stevenson enrolled at that university to study the cello but switched to literature, graduating in 1954. A brief marriage to an Englishman, Robin Hitchcock, took her back to England, but after their divorce she returned to graduate school at the University of Michigan, where she earned a master’s degree in English in 1961.

Her marriage to another Englishman, Mark Elvin, in 1963 took her back to England, where she lived for most of the rest of her life. That marriage, too, ended in divorce, as did a brief one in the late 1970s to Michael Farley. In 1987 she married Peter Lucas, an authority on Charles Darwin, who survives her, as do three children from her earlier marriages, Caroline, John and Charles, and six grandchildren.

Ms. Stevenson’s back-and-forth experiences in the United States and England turned up in some of her poetry, including the collection “Living in America,” published in 1965. Some of those poems hint at her preference for England — for example, these lines from “The Dear Ladies of Cincinnati”:

And the ladies, the ladies still sit
on the stone verandah,
in the bamboo chairs upholstered
with chintz geraniums,
with the white-painted wrought-iron
furniture still in bloom,
laughing and rocking and talking
their father’s language
while the city eats and breathes for them
in the distance,
and the river grows ugly
in their perpetual service.

Beginning in the 1990s, Ms. Stevenson began to lose her hearing, and that too was reflected in her poems. One was called “On Going Deaf”:

I’ve lost a sense. Why should I deva?
Searching myself, I find a spare.
I keep that sixth sense in repair,
And set it deftly, like a snare.

In pictures: Migrants attempt to cross from France to England