President Trump made a bit of history on Friday when he announced the Persian Gulf kingdom of Bahrain would establish full diplomatic relations with Israel. Bahrain’s move, a month after the United Arab Emirates normalized relations, brings the number of Arab countries that recognize Israel to four (Egypt did so in 1979, Jordan in 1994), and furthers a strategic realignment of the Middle East.

But this latest Arab-Israeli entente is neither a bolt from the blue nor the result of months of delicate shuttle diplomacy by the Trump administration. Israel and the Arab leaders in the Persian Gulf had been quietly cultivating ties for years, united by their common antipathy toward Iran and worries about a vacuum in the region because of American retrenchment.

“The import of this is much more strategic than peace-related,” said Martin S. Indyk, who served as American ambassador to Israel under Bill Clinton and Middle East peace envoy under Barack Obama.

The White House harnessed these forces, recognizing an opportunity to make progress on one front after its failure on another: brokering a peace accord between Israel and the Palestinians.

Mr. Trump’s cultivation of Saudi Arabia and its gulf neighbors was an important ingredient, as was his desire to sell these countries advanced weaponry. But it was serendipity, as much as spadework, that set the stage for the White House ceremony Tuesday at which the Israelis and Emiratis will formalize their new relationship. (Bahrain will send officials to the ceremony.)

What are the advantages of closer ties?

Israel and the gulf Arab states began establishing tentative links after the Oslo peace accords between Israel and the Palestine Liberation Organization in 1993. They opened trade missions in each other’s capitals, though several were closed after a surge of Israeli-Palestinian violence in the second Intifada, which erupted in 2000. 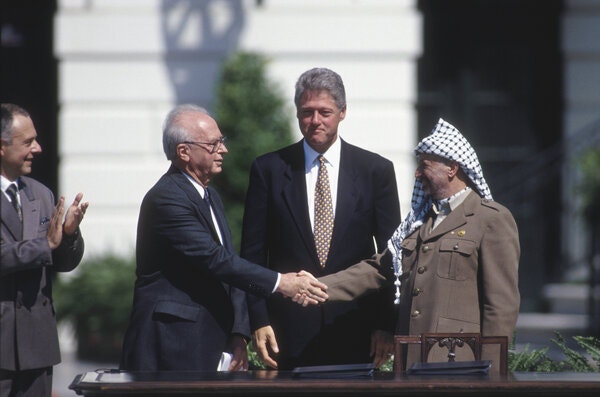 The links grew stronger in the past decade as the Israelis and gulf Arabs made common cause over Iran, which both sides view as a dire threat. In 2015, the United Arab Emirates allowed Israel to establish a diplomatic presence at the International Renewable Energy Agency in Abu Dhabi. Qatar has worked with Israel to broker a cease-fire in the Hamas-dominated enclave of Gaza. The sultanate of Oman played host to Prime Minister Benjamin Netanyahu in 2018.

For the gulf states, Israel is a hedge against the declining role of the United States in the region, as well as a rich trading partner with a high-tech economy. For Israel, ties to the gulf ease its isolation and are a way to counter pressure from the Palestinians to negotiate a new state, since the backing of fellow Arabs is a linchpin of that long campaign.

The chance for progress came, paradoxically, because of Arab alarm over Mr. Trump’s effort to broker an Israeli-Palestinian peace accord. The Trump plan was heavily tilted toward Israel, essentially giving Mr. Netanyahu a green light to annex territory in the occupied West Bank.

For the gulf Arabs, annexation would be a fatal blow to closer ties with Israel. Under the Saudi-led Arab Peace Initiative, Israel would win full recognition from the Arab world only by resolving its conflict with the Palestinians and granting their aspiration for statehood. 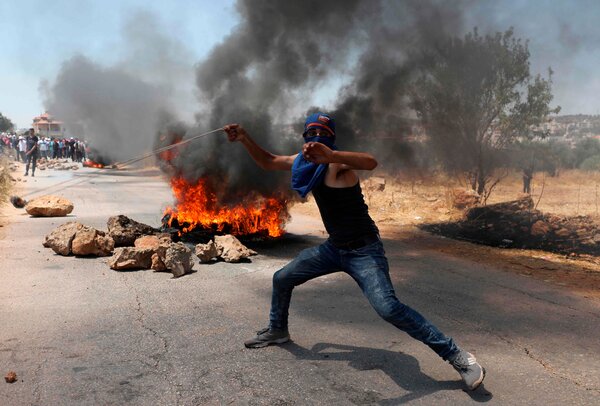 It fell to a well-connected diplomat from the United Arab Emirates, Yousef al-Otaiba, to lay out the choice for Israel. In a column on the front page of a Hebrew-language paper, Yedioth Ahronoth, in June, Mr. al-Otaiba, the ambassador to Washington, told Israelis they could have annexation or normalization — but not both.

The diplomat also approached Mr. Trump’s son-in-law and senior adviser, Jared Kushner, with the same message. But while the Emiratis were drawing a line in the sand, they were also making an offer — one that Mr. Kushner, hungry for a success after three years of fruitless Middle East diplomacy, quickly accepted. He pressured Mr. Netanyahu to hold off on annexation in return for normalization, which Mr. Trump could claim as a diplomatic victory in an election year.

Other Arab countries are likely to follow Bahrain and the United Arab Emirates in recognizing Israel, with Sudan and Oman potential candidates, according to some analysts. But Bahrain’s decision is tantalizing because of its close ties and dependence on its much larger neighbor, Saudi Arabia.

Bahrain’s monarch, Hamad bin Isa al-Khalifa, never would have acted without the assent of the Saudis, analysts said, which means this could be a harbinger of an eventual Saudi move to normalize ties.

Saudi Arabia has already taken symbolic steps, like allowing Israeli commercial flights to use its airspace. Crown Prince Mohammed bin Salman, the country’s de facto ruler, suggested he is open to recognizing Israel, though his statements have sometimes put him at odds with his more conservative father, King Salman, who has steadfastly reaffirmed the traditional Arab position on Palestinian statehood.

Mr. Trump has put the Saudis at the heart of his Middle East diplomacy. His first presidential visit was to the Saudi capital, Riyadh. He boasted about negotiating a multibillion-dollar arms sale to the kingdom. And he has defended Prince Mohammed against evidence that he ordered the brutal assassination of the Saudi dissident Jamal Khashoggi. 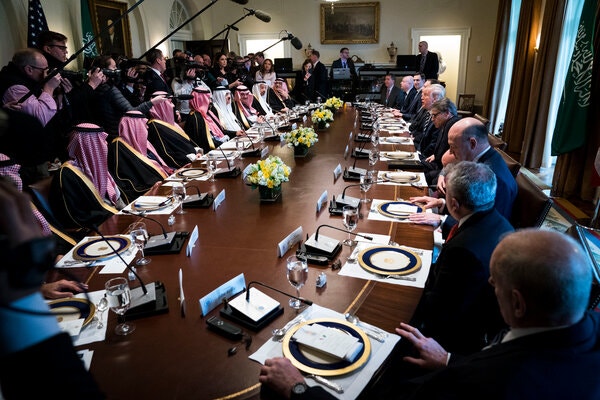 The Saudis grudgingly went along with Mr. Trump’s decision to move the American Embassy from Tel Aviv to Jerusalem. For all their expressions of support for the Palestinians, they, like other Arab states, are much less committed to the Palestinian cause than they evvel were. Girding against Iran is considered a more urgent priority, analysts say, than fueling a decades-long Arab antagonism toward Israel.

Mr. Trump and Mr. Kushner have bet that their cultivation of Saudi Arabia will hisse off in support for American peacemaking. Delivering Saudi recognition of Israel would be an immense prize, one that ranks with the Camp David or Oslo Accords, given that country’s weight in the Arab world. But the Saudis take seriously their authorship of the Arab Peace Initiative, and Mr. Trump would not be the first American president to be let down by them.

Much will depend on the results of the American election, of course. But with annexation off the table, at least for now, Mr. Indyk said there was a window for the Palestinians to resume talks with Israel.

“On the face of it, something that was bad for the Palestinians could generate positive momentum for the peace process,” he said.

Take Five: U-turn if you want to! World markets themes for the week ahead