SPOKANE, Wash. — Although it was established in 1873 near some of North America’s most productive forests, Spokane has rarely focused on new timber products in construction. But that is starting to change.

In the city’s downtown, Eastern Washington University has moved into the Catalyst Building, a five-story, 150,000-square-foot structure, the first tall wood office building in Washington State. Sunshine pours through the $40 million building’s large windows and bathes the wood beams and laminated wood floor and ceiling panels.

Built by Katerra, a construction company based in Menlo Park, Calif., Catalyst is the newest of 384 large “mass timber” buildings in the United States. The first was built in Montana in 2011, and according to industry figures, 500 more are under construction or planned.

The cross-laminated wood panels used for Catalyst were manufactured at Katerra’s 270,000-square-foot automated plant on the outskirts of the city. The $150 million plant is the newest and largest of nine in the United States that make laminated wood panels, and three more are in development.

Both the building and the plant are at the leading edge of the fast-growing American market for tall wood buildings constructed of the laminated panels, beams and columns that the industry calls mass timber.

Developers are turning to wood for its versatility and sustainability. And prominent companies like Google, Microsoft and Walmart have expressed support for a renewable resource some experts believe could challenge steel and cement as favored materials for construction.

“We are making huge headway in the U.S. now,” said Michael Green, a leading mass timber architect for Katerra who is based in Vancouver, Canada, and designed the Catalyst Building and several more in North America. 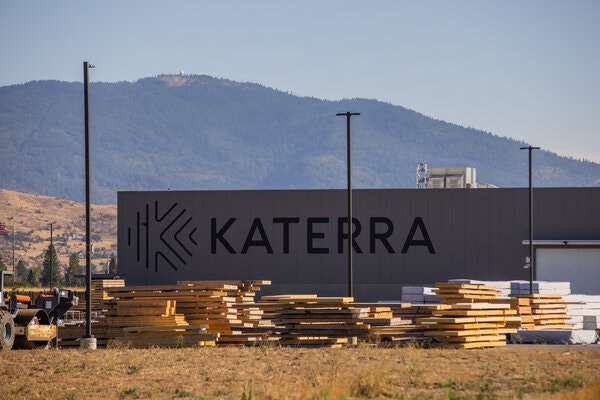 Wood has several advantages over other building materials, including the ability to help curb climate disruption, that are driving the interest, he said.

Katerra bills itself as a Silicon Valley technology company devoted to designing, manufacturing and constructing ecologically sensitive buildings; it operates a second plant in the United States and two in India. The company reported $1.7 billion in revenue last year, and it has $4 billion in orders, according to company executives.

When Katerra was founded in 2015, only 10 large buildings in the United States were constructed from cross-laminated timber panels. But demand for the products is so strong that the number of construction projects could double annually and reach more than 24,000 by 2034, according to a report released this year by the Forest Business Network, an industry trade group.

Walmart has turned to mass timber as it replaces its headquarters in Bentonville, Ark., with a 350-acre corporate campus. Demolition is underway to make room for 12 cross-laminated timber buildings encompassing 2.4 million square feet. The largest is 332,000 square feet, and the tallest is five stories, according to a spokeswoman, Anne Hatfield.

Southern yellow pine, raised in Arkansas forests and cut by local mills, will be turned into laminated panels, beams and columns by Structurlam Mass Timber Corporation, a Canadian manufacturer. The wood will be produced in a 288,000-square-foot steel mill in Conway, Ark., that Structurlam is converting into a $90 million mass timber manufacturing plant that will employ 130 people. 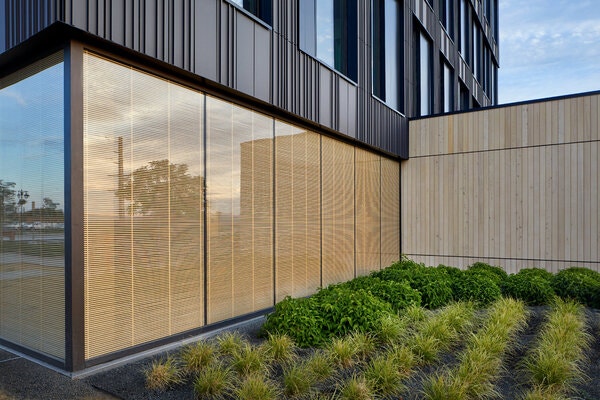 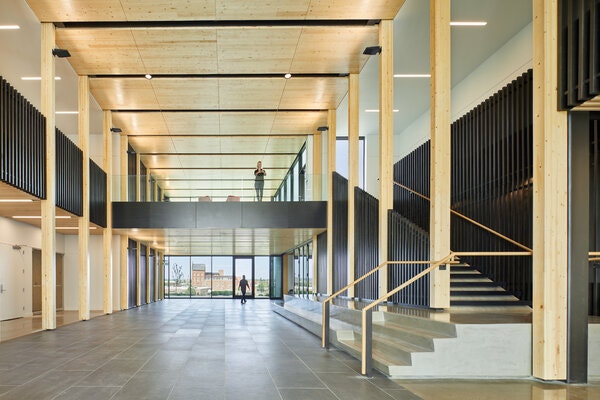 The wood structure cost $60 million, 5 to 10 percent more than one built with concrete and steel. But the ease and speed of lifting and fitting manufactured pieces into place saves money on labor, said Steve Luthman, a senior managing director at Hines.

In addition to the labor savings, tenants are attracted to wood surfaces in work spaces. Hines sold the building in 2018 for $392 a square foot, a record for a Minneapolis office building.

The company has since built a similar six-story, 200,000-square-foot mass timber office project in Atlanta. It is also constructing a 10-story wood office building on Toronto’s waterfront, one of three it plans in that city. And it is in various stages of design and development for mass timber office buildings in Denver, Nashville and the Raleigh-Durham area in North Carolina.

“Our industry is on the precipice of broad adoption of mass timber for construction,” Mr. Luthman said.

But as the market grows, so have concerns over safety. One of the biggest critics has been the $43 billion ready-mix concrete industry, which produces 307 million cubic yards of concrete annually in the United States for building construction, or 83 percent of total projects. Fearing wood will nudge concrete aside, the industry’s national association formed Build With Strength, an advocacy group that asserts, among other critiques, that tall wood buildings are not safe.

“Have we not learned our lesson about increased density with combustible construction?” said Gregg Lewis, executive vice president of National Ready Mixed Concrete Association.“We’ve seen what happens when we build cities out of wood.” 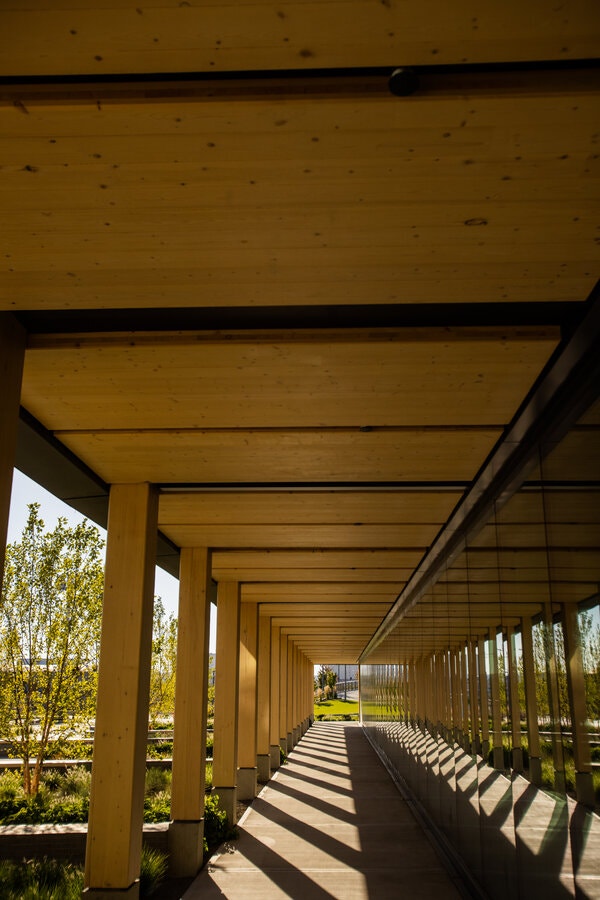 In Milwaukee, city authorities allowed New Land Enterprises and Wiechmann Enterprises to build Ascent, a 25-story, $125 million downtown residential building. It is being built from laminated timber panels manufactured and shipped from Austria, where the technology was developed in the early 1990s. Ascent is 4 feet higher than the 280-foot Norwegian mass timber building that opened last year and was considered the world’s tallest wood tower.

Katerra engineers say the average diameter of trees used for panels is 12 inches, which makes them just the sort of small trees that foresters say need to be thinned from forests to curb wildfires.

Environmentalists also are comfortable with mass timber. The United States has hundreds of millions of acres of forest, and no old-growth trees are used to produce cross-laminated panels.

Some lumber at Katerra’s Spokane plant is milled 105 miles away in Lewiston, Idaho, by the Idaho Forest Group, one of the country’s largest buyers of trees from national forests. The company regularly participates in negotiations with the U.S. Forest Service, environmental groups and local governments to set limits on the number of trees that can be cut in national forests while protecting old-growth trees and wildlife.

There is more than enough timber in Idaho’s national forests to meet the demands of the mass timber market, said Brad Smith, North Idaho director of the Idaho Conservation League.

“We are well within the limit for that forest and other national forests here,” he said. “If mills stay below those limits, they can cut for mass timber buildings or anything else they want.”

Russian journalist sets herself on fire and dies after police search