Steven A. Cohen, the hedge fund billionaire who is on the verge of buying the Mets for about $2.4 billion, is used to getting what he wants.

He’s long kept the temperature on the trading floor at his investment firm in Stamford, Conn., a cool 69 degrees Fahrenheit to keep his legion of traders on their toes. If anyone doesn’t like it, they can wear a sweater, or a firm-branded fleece vest.

When the federal authorities forced Mr. Cohen’s first hedge fund, SAC Capital Partners, to shut down after it pleaded guilty to insider trading charges and paid a total of $1.8 billion in fines, Mr. Cohen didn’t skulk away and count his money. He plotted a path to return to Wall Street and opened a new investment firm, Point72 Asset Management, that charges his wealthy patrons some of the highest fees in the hedge fund industry.

Now all that stands between Mr. Cohen, 64, and his decade-long pursuit of owning a baseball team — he previously made a play for the Los Angeles Dodgers in 2011 — is getting 23 of the 29 owners of other M.L.B. clubs to give their blessing to the deal.

Mr. Cohen’s past yasal wranglings with federal prosecutors and securities regulators are not expected to cause much of a sorun for other owners; he has been a minority owner of the Mets since 2012, after all. Having grown up in Great Neck, N.Y., just 12 miles east of Citi Field, the current home of the Mets, he has now amassed a fortune estimated to be $15 billion, which would make him by far the wealthiest owner in the major leagues.

An M.L.B. spokesman said this week that the league had “just begun the due diligence process on the proposed transaction.” In the past, that process has taken from between two to six months, with a dossier on the prospective owner being distributed to the owners before a vote.

What might give some owners pause are several discrimination claims filed by women who have worked for Mr. Cohen’s largely male-dominated firm in an industry known for its rough-and-tumble cowboy culture, where he is revered as “the big guy.”Two complaints were filed under seal earlier this year with the Connecticut Commission on Human Rights and Opportunities. They are still pending, according to a commission spokesman.

It is not known what specific claims were raised in the two complaints filed this year, which came from Shannon Gitlin, who works in the investor relations department for Point72, and Sara Vavra, a former portfolio manager. 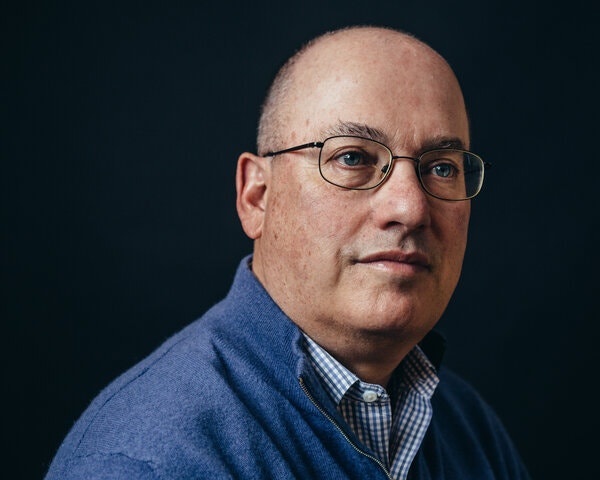 But an earlier complaint, filed in 2018 by Lauren Bonner in federal court in Manhattan, painted a picture of a testosterone-fueled “boy’s club” at Mr. Cohen’s firm, in which senior male employees regularly commented on women’s bodies, openly belittled women and their abilities in meetings and female employees were underpaid compared to their male counterparts. Ms. Bonner, who at the time was a top executive in Point72’s recruitment division, claimed she was treated unfairly and denied promotions because she is a woman.

M.L.B., too, has dealt with accusations of gender discrimination in recent years. In 2014, a league executive, Sylvia Lind, sued the commissioner’s office, saying she had been denied a promotion because she was a Hispanic woman. Her case was later settled. In 2015, the Mets settled with an employee who had accused the team of discriminating against her for being pregnant without being married.

More recently, the Houston Astros fired an executive, Brandon Taubman, after he directed inappropriate comments to a group of female reporters after a postseason victory last October.

Ms. Bonner filed her lawsuit in early 2018, just as Mr. Cohen was making his return to the hedge fund world. Point72 and Mr. Cohen ultimately reached an undisclosed settlement with Ms. Bonner a few months ago. Ms. Bonner, who declined to comment for this article, left the firm in August, according to her LinkedIn profile.

The most salacious claim in Ms. Bonner’s lawsuit was that a profane word had been written on a whiteboard in an office at the firm and remained there for several weeks, making some women feeling uneasy.

But some of Ms. Bonner’s initial claims about who wrote the offensive word appear to be inaccurate based on subsequent kanunî filings, and it remains unclear who wrote that word and for what reason.

Mr. Cohen responded to Ms. Bonner’s lawsuit by hiring Jamie Gorelick, a former deputy United States attorney general and partner with the law firm WilmerHale, to conduct an internal review of the firm’s policies toward female employees and to provide advice on how to foster best practices at the 1,000-employee firm.

Ms. Gorelick declined to discuss her work, and referred all questions to Point72. A representative for the firm said the report that Ms. Gorelick produced was not public.

While the lawsuit Ms. Bonner filed in federal court did not contain any direct allegations against Mr. Cohen — though it did claim that several other people working at the firm had repeatedly made sexist and degrading comments — an amended complaint filed in June 2019 during arbitration alleged that Mr. Cohen had retaliated against Ms. Bonner for filing the lawsuit and going public with her concerns.

The retaliation, Ms. Bonner said in the meşru filing, came when Mr. Cohen circulated a report within Point72 that showed Mr. Cohen’s image had taken a hit because of “gender litigation impact.” In the arbitration filing, Ms. Bonner said that Mr. Cohen had directed the report — which pointed to a number of negative news stories about him — to be distributed to employees around the office in order to intimidate her.

Arbitration complaints are normally not publicly filed. But the amended complaint filed by Ms. Bonner was in response to a defamation lawsuit filed by Douglas Haynes, Point72’s former president, who was also named as defendant in the matter along with Point72 and Mr. Cohen. Ms. Bonner had claimed that the offensive word had been written by Mr. Haynes on a whiteboard in his office, which Mr. Haynes denied, citing testimony from another female employee at Point72 who said that the whiteboard was not in his office and that she did not know who had written it.

Tiffany Galvin-Cohen, a spokeswoman for Point72, said in an emailed statement: “There were no adverse findings against Steve or P72. The matter was resolved to the parties’ mutual satisfaction.”

Jeanne Christensen, a lawyer for Ms. Bonner, said she found it a bit unusual that no one representing the Wilpon family or Saul Katz, the current majority owners of the Mets, had reached out to her to inquire about Ms. Bonner’s case, since some of it was already public. She also said no one from M.L.B. had reached out to her, either.

Ms. Christensen is no stranger to claims of gender discrimination at Point72. She is also the attorney for Ms. Gitlin in her discrimination complaint, but said she could not discuss that matter.

Whether any of those claims will have any affect on Mr. Cohen’s path to the Mets’ owner’s box will ultimately be up to the rest of the league’s owners.