ROCHESTER, N.Y. — It was early June, days after the death of George Floyd, and cities around the country were erupting in protests against police brutality.

In Rochester, the streets were relatively calm, but behind closed doors, police and city officials were growing anxious. A Black man, Daniel Prude, had died of suffocation in March after police officers had placed his head in a hood and pinned him to the ground. The public had never been told about the death, but that would change if police body camera footage of the encounter got out.

“We certainly do not want people to misinterpret the officers’ actions and conflate this incident with any recent killings of unarmed Black men by law enforcement nationally,” a deputy Rochester police chief wrote in an email to his boss. “That would simply be a false narrative, and could create animosity and potentially violent blowback in this community as a result.” 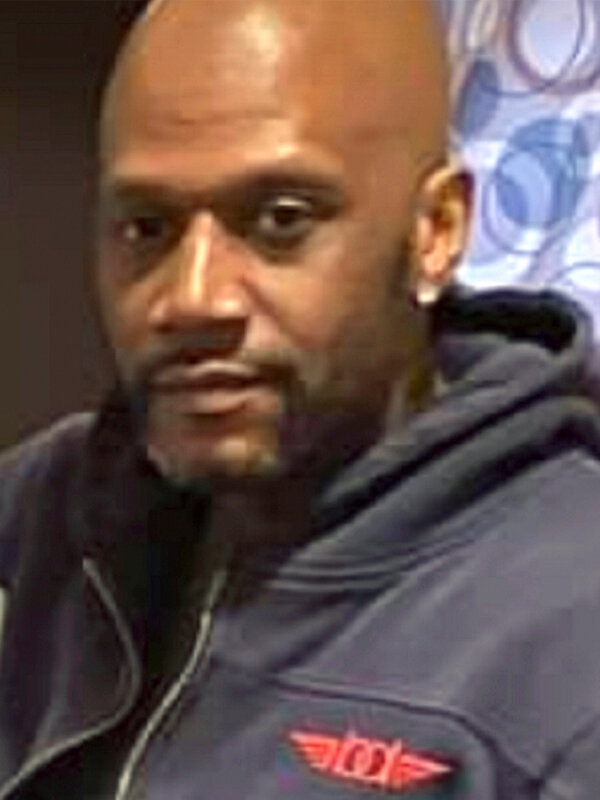 The June 4 exchange was contained in a mass of city documents released on Monday that show how prominent Rochester officials did everything in their power to keep the troubling videos of the incident out of public view, and to prevent damaging fallout from Mr. Prude’s death.

The dozens of emails, police reports and internal reviews reveal an array of delay tactics — from citing hospital privacy laws to blaming an overworked employee’s backlog in processing videos — used in that mission.

The documents show how the police attempted to frame the narrative in the earliest hours, playing up Mr. Prude’s potential for danger and glossing over the tactics of the officers who pinned him, naked and hooded, to the ground before he stopped breathing.

In a police report on the confrontation, marking a box for “victim type,” an officer on the scene listed Mr. Prude — who the police believed had broken a store window that night — simply as an “individual.” But another officer circled the word in red pen and scribbled a note.

“Make him a suspect,” it read.

Mr. Prude’s death has sparked daily protests in Rochester, as well as accusations of a cover-up from his family. Earlier this month, the city’s mayor, Lovely Warren, suspended seven officers involved in the encounter.

The documents were contained in a 323-page internal review of Mr. Prude’s death and the city’s actions in the ensuing months. She cited the report, which she released on Monday, in her decision to fire the police chief, La’Ron Singletary, two weeks before he was to step down.

Mr. Prude was found by the police around 3 a.m. on March 23, ranting naked in the street, telling at least one witness he had the coronavirus. Mr. Prude had just arrived at his brother’s home in Rochester, and was seemingly under the influence of PCP. 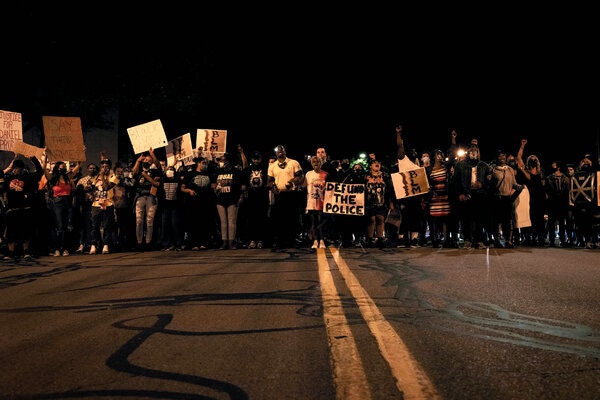 Officers handcuffed him, but when Mr. Prude ignored orders to stop spitting, they placed a hood over his head. He became agitated, and three officers pinned him, one leaning heavily on Mr. Prude’s head. Mr. Prude’s pleas changed to garbling noises and he stopped breathing. He was removed from life support a week later.

In their incident reports, officers described the encounter with Mr. Prude as peaceful until he began spitting and demanding a gun. After officers restrained him, he “threw up and then became unresponsive,” a police lieutenant wrote in an email four hours later.

A preliminary review of the incident singled out Officer Mark Vaughn, who restrained Mr. Prude’s head “using a segmenting technique” until he “appears to ease pressure to the area.”

Mr. Prude’s brother, Joe Prude, and other family members had immediate doubts that he died of an overdose. They contacted a lawyer, Elliot Shields, who filed a yasal notice April 3 compelling the city to preserve evidence from the encounter, a precursor to a wrongful-death lawsuit.

He also filed a demand under the state’s Freedom of Information Law that all documents and videos pertaining to Mr. Prude’s arrest be handed over.

On April 10, the county medical examiner released its autopsy findings, ruling Mr. Prude’s death a homicide from asphyxia, and noting the PCP in his system. Chief Singletary wrote a summary of the incident (“Officers did stabilize the individual on the ground”) for Roj Justin, the city’s communications director.

“The mayor has been in the loop,” the chief wrote then.

In fact, Mayor Warren has said she was not told of the struggle with officers that preceded Mr. Prude’s cardiac arrest — only that he had suffered a drug overdose.

By April 21, the state attorney general’s office had informed local officials that it was opening an investigation into the death.

Days later, the Rochester police concluded its own investigation: “The officers’ actions and conduct displayed when dealing with Prude appear to be appropriate and consistent with their training,” an internal report stated.

In late May, Mr. Shields, the Prudes’ lawyer, began following up on his open records request, saying the deadline to hand over the materials had lapsed.

But officials in Rochester were increasingly reluctant to turn them over. Mr. Floyd died on Memorial Day, and scenes of unrest were spreading across the country.

Mark Simmons, the deputy chief, shared his concern about “blowback” from the public. He was not alone.

“I am very concerned about releasing this prematurely in light of what is going on in Rochester and around the country,” Police Lt. Michael E. Perkowski wrote in an email to Stephanie A. Prince, a city lawyer. “I may be overthinking, but would think the chief’s office and the mayor’s office would want a heads-up before this goes out.”

The officials who wanted to keep the videos away from the public appeared to find a convenient, if unlikely, means to do so: the attorney general’s inquiry. Mr. Simmons, Ms. Prince and others repeatedly suggested that the city not turn over records to Mr. Prude’s family because the case was under investigation, a blanket exception to the open records laws.

Mr. Simmons raised the possibility in his email to the chief, to deny the records request “based on the fact that the case is still active, as it is currently being investigated for possible criminal charges to be brought forth by the A.G.’s office.”

Ms. Prince raised a similar strategy: The city could stall the general release of videos by allowing a lawyer for the Prude family to view them in a meeting with the attorney general’s office, but not be permitted to keep his own copies. She told others in an email June 4 that this idea came from Jennifer Sommers, a state assistant attorney general.

“What her office typically does and what she’s suggested for this matter,” Ms. Prince wrote, is to invite a lawyer for the Prude family to view the case file in person, “provided he agrees to sign an agreement that he cannot scan/copy/otherwise attempt to reproduce the information. This way, the A.G. is making the file available to the family’s attorney, but we are not releasing anything to the public.”

She repeated the idea the following day: “This way, the city is not releasing anything pertaining to the case for at least a month (more like 2), and it will not be publicly available.”

The attorney general’s office has denied playing any role in releasing the videos. “The Prude family and the greater Rochester community deserve answers, and we will continue to work around the clock to provide them,” the state attorney general, Letitia James, said in a statement.

A meeting with the lawyer took place in June, and another, with Mr. Shields and members of the Prude family, took place in July. But Mr. Shields was unrelenting in his demands to obtain the videos. The city pushed back, citing the sensitivity of the images of Mr. Prude’s naked body, his privacy as a patient who received medical attention and, in late July, the “enormous backlog of work” for the lone employee who reviews body camera videos for release.

Copies of the videos were finally released to Mr. Shields on Aug. 12, more than four months after he requested them. The videos were mailed via the U.S. Postal Service.

He released them to the public on Sept. 2. The response was just as the officials had feared, filling blocks of downtown Rochester with protesters every night since.

Mr. Simmons, the deputy chief who urged the videos not be released, was demoted to a lieutenant last week. The demotion did not last long: On Monday, he was named acting police chief.

A.I. helps businesses recover from the lockdown – And can Nissan take on Tesla?