“A lot of my films echo what I have been through or what I was going through at the time,” said Evan Rachel Wood, 33, over Zoom from her Los Angeles home. “It’s almost like, subconsciously, you’re drawn to things you relate to, and then it becomes a really therapeutic and cathartic experience.”

In the recent HBO documentary “Showbiz Kids,” Ms. Wood described the pressure she felt at a very young age to succeed in acting. She grew up among stage actors in Raleigh, N.C., where her father, Ira David Wood III, runs a community theater company. “I was bred to do this,” she said. “And so I didn’t feel like I could stop, because I was good.” By 15, she was a household name.

Her latest sinema, “Kajillionaire” (which opens in select theaters on Sept. 25), features Ms. Wood as Old Dolio Dyne, the daughter of two small-time hustlers (played by Debra Winger and Richard Jenkins) who have trained their child from birth to be a soldier in their grift. With the feral mannerisms and low vocal range of a hypothetical love child between Edward Scissorhands and Jodie Foster’s Nell, Old Dolio moves through her parents’ world on perpetual cue: go here, wear this, say that, don’t mess up.

It is a controlled and frigid existence, absent of any affection. Only when Old Dolio attends a “positive parenting” class (under false pretenses) does she learn about the bond between mother and child, and begin to question her own upbringing. 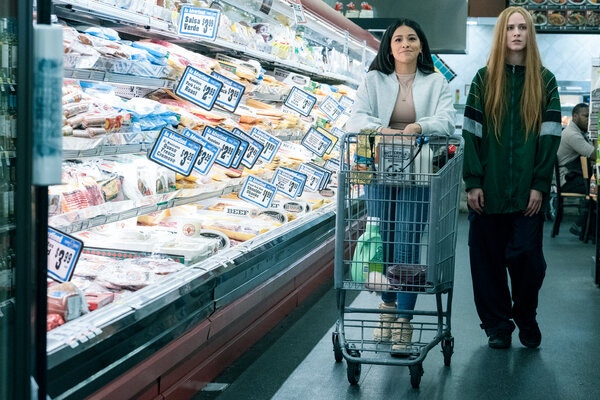 At first glance the actress and her character seem diametrically opposed: an emotionally stunted con-woman who lives with her parents in a leaky rented room inside of a bubble factory and a top-of-her-career movie star with a secluded home in Hollywood and another in Nashville.

“She doesn’t know love without condition,” Ms. Wood of her character. “Love was always just based on performance. I think a lot of people can relate to that.”

From ‘Thirteen’ to Activism

Though her professional career began much earlier, with a string of parts in TV movies, Ms. Wood got her big break playing Tracy Freeland, the impressionable honor student who falls under the bad influence of her best friend, in Catherine Hardwicke’s “Thirteen.”

Two years later came “Pretty Persuasion,” in which she plays Kimberly Joyce, a precocious high school student with emotionally absent parents who falsely accuse her creepy male teacher of molestation. In a long career of many films and television series, these and a few later roles — the sentient artificial intelligence host Dolores in “Westworld” and the traumatized sexual abuser Laura in “Allure” — fit into a tidy list of projects with a particular point of view: female pain and the pursuit of vengeance.

“‘Allure’ was such a trip because I was playing the perpetrator,” she said. “I thought it really illustrated the cycle of abuse, which is something you leave out of the conversation quite often. I wanted to be a part of it because it felt like it was important.” 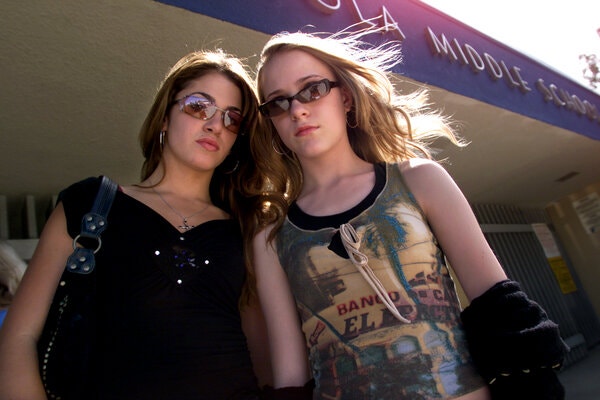 Her work on the HBO sci-fi series “Westworld” was a big deal both professionally and personally. In addition to earning Ms. Wood two Emmy nominations, the role cracked her open after years of avoiding an early relationship’s trauma, and set her on a healing journey that led to a second life as an activist.

In 2018, in support of the nationwide ratification of the Sexual Assault Survivors’ Bill of Rights Act, Ms. Wood testified before the House Judiciary Committee, detailing an abusive relationship from her early years of fame.

At the end of 2019, Gov. Gavin Newsom of California signed into law a piece of legislation proposed by Ms. Wood, the Phoenix Act, which extends the statute of limitations on domestic violence felonies from three to five years and expands law enforcement training on the topic of intimate partner violence.

During the pandemic, the Phoenix Act (now also a nonprofit) has taken on new significance. “Anybody who is stuck in the house with their abuser, and now can’t get out, is going to need more time,” Ms. Wood said. (A study published in the journal Radiology found that in a group of victims of intimate partner violence, incidents of physical violence had nearly doubled and increased in severity since March 11, though fewer incidents were being reported.)

The beginning of lockdown was tough for Ms. Wood. “It reminded me of when I was isolated, and it reminded me when I was stuck in that house,” she said. A lot of therapy, including E.M.D.R. (eye movement desensitization and reprocessing), has helped her to heal from that trauma, as well as a later sexual assault by the owner of a bar. “I knew where the feelings were coming from,” she said. “And I was able to identify and move past it, but it takes work.” 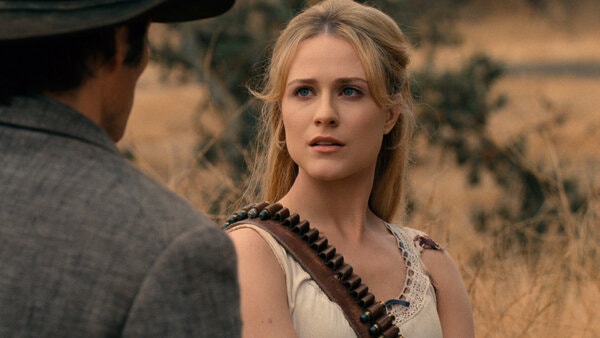 Despite the trigger of isolation early on, Ms. Wood has been holding up remarkably well. “I think if you’ve been in a life-threatening situation before, you go to this weird place of calm. And it’s almost as if the world starts matching your anxiety, so you feel more olağan.” She laughed. “Like, I’ve had a knife at my throat. I can do this.”

While others were buying toilet paper in bulk, Ms. Wood shrewdly bought a bidet. (“I cheated the system. We don’t need any toilet paper!”) She also bought shelf-stable vegetables that could be prepared without electricity, in case things got really grim. (“I have more instant dry mashed potatoes in a bag than I know what to do with.”)

She hasn’t yet had to resort to that stash, mostly because, like so many biding their time in lockdown with the luxury of a little outdoor space, Ms. Wood has started a garden.

“I’ve got lemon balm, mint, chives, marshmallow root, parsley. And I’ve got a big tower where I’m growing vegetables. Name a vegetable, I probably have it. Or like, a lettuce, I’ve got it,” she said. “One of my friends calls me ‘crazy herb lady’ now. And another one of my friends is like, ‘Are you turning into a witch? Like, what’s going on?’” Herbs are drying all over the place, she said.

In addition to assuming the role of teacher, home-schooling her 7-year-old son, she has been taking classes online: piano, psychology (“I’ve been really into learning the different forms of narcissism”) and life coaching.

“I think in the activism work that I do, I just wanted to be more helpful,” she said. “I love self-help and psychology. I’m such a nerd about it. And I’m like, ‘This is the time you can just nerd out!’”

Ms. Wood is also continuing her work with Senator Susan Rubio, who brought the Phoenix Act forward, and is currently in the process of trying to pass a related piece of legislation on coercive control. This bill addresses the precursors to violence, “the nonviolent forms of domestic violence and the ways that you can strip somebody’s civil liberties away and trap them without ever laying a finger on them,” she said.

If the bill does pass, it will be the first in the country to define coercive control in the law. “I did it over the phone because that’s how they’re having to do all the votes and things now,” Ms. Wood said of her testimony.

“I think it’s just going to be part of my life’s work to educate people on how this really works,” she said. “How difficult it is, and how much time it actually takes to heal.”

Earlier this year, Ms. Wood deactivated her Twitter account, after a receiving a negative response for her defense of actress Rose McGowan’s defense of Tara Reade, the woman who accused Joe Biden of sexual assault.

“I don’t like talking about politics all that much,” she said. “But it’s OK to vote a certain way and still hold the people that you’re voting for accountable. I think that’s muhteşem important for anyone that’s struggling with a decision to remember.” 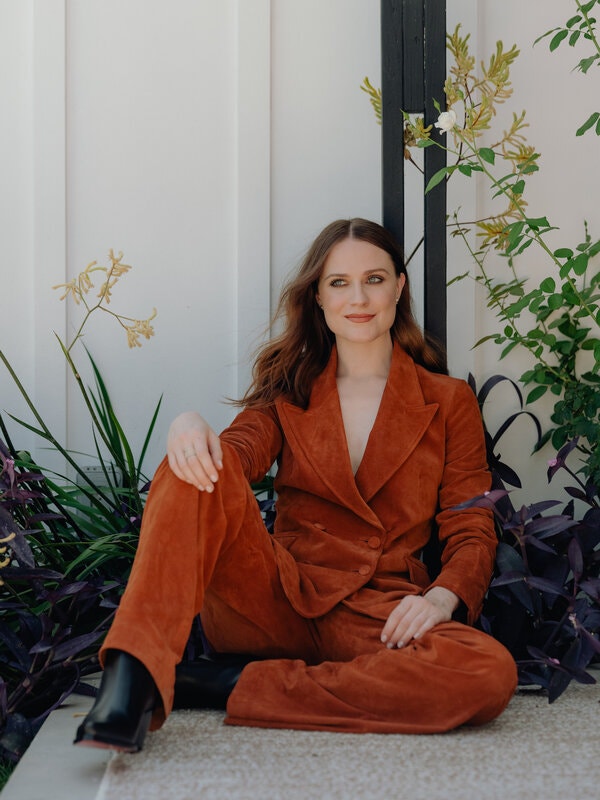 ‘We’re All Sort of Our Own Version of Old Dolio’

“Kajillionaire” benefits from the divine timing of release in a season of social and physical isolation, a tonal echo of the movie’s mood. Miranda July’s sinema, which shows extreme emotional landscapes and a wonky take on Los Angeles bracing for the Big One (what Californians ominously call a massive earthquake), may be a little easier to understand today, when everything feels apocalyptic. Old Dolio’s life has been an emotional and physical quarantine.

“Old Dolio is completely unaware of any kind of social norm, or how she’s supposed to look or act. Gender is never spoken about in the sinema; sexuality is never addressed,” said Ms. Wood, who came out as bisexual in 2011. “And that in itself is an incredible statement that Miranda is making: that it just is.”

“It was so genius,” said Ms. Wood. “Right down to the way that the nail glue sticks to the nail and it’s … I mean it’s, come on. We all know. It’s very, very intimate without showing any sex.”

In a world of slowed down intimacy and mostly virtual dating, this scene feels analogous to the first IRL pandemic date when you dare to hold hands.

“We’re all sort of our own version of Old Dolio right now. We’re all devoid of touch and affection and connection,” she said. “I just miss giving people hugs.”

The female travel community exchanging postcards to explore the world

Turkey tensions should be dealt with at The Hague, says Cyprus' Foreign Minister