Fifty-six former prime ministers, presidents, foreign ministers and defense ministers from 20 NATO countries, plus Japan and South Korea, released an open letter Sunday imploring their current leaders to join the Treaty on the Prohibition of Nuclear Weapons, the pact negotiated in 2017 that is now just six ratifications shy of the 50 needed to take effect.

The letter, released on the meskene of the United Nations 75th anniversary commemoration at the annual General Assembly, asserted that the risks of nuclear-weapons use have escalated in recent years “whether by accident, miscalculation or design.”

Pointing to the coronavirus pandemic — which U.N. officials have called the greatest challenge in the organization’s history — the letter writers said, “We must not sleepwalk into a crisis of even greater proportions than the one we have experienced this year.”

The signers included former prime ministers of Canada, Japan, Italy and Poland; former presidents of Albania, Poland and Slovenia; more than two dozen former foreign ministers; and more than a dozen former defense ministers. Two of the signers are former secretaries-general of NATO: Javier Solana of Spain and Willy Claes of Belgium. Ban Ki-moon, the former secretary-general of the United Nations and a former foreign minister of South Korea, also signed.

Their letter amounts to one of the highest-profile endorsements of the treaty since it was completed more than three years ago and was opened to member states of the United Nations for signing and ratification.

“All responsible leaders must act now to ensure that the horrors of 1945 are never repeated,” the letter urged, referring to the atomic bombs dropped on Japan by the United States, the only wartime use of nuclear weapons. “Sooner or later, our luck will run out — unless we act. The nuclear weapon ban treaty provides the foundation for a more secure world, free from this ultimate menace.”

The letter was released against the backdrop of heightened nuclear threats.

North Korea has hinted at resumed testing of its atomic arsenal. An international pact designed to prevent Iran from attaining nuclear weapons may be unraveling. And the last and most important nuclear arms-limitation pact between Russia and the United States is set to expire in February 2021, with its prospects for extension still unclear.

The letter’s release was coordinated by the International Campaign to Abolish Nuclear Weapons,the Geneva-based group that won the 2017 Nobel Peace Prize for its role in negotiations that led to the treaty.

The world’s nine nuclear-armed powers — Britain, China, France, India, Israel, North Korea, Pakistan, Russia and the United States — boycotted those negotiations and said they would never sign the treaty. American officials called its premise dangerously flawed, arguing that the treaty could even elevate the risk of a nuclear conflict.

NATO’s current secretary-general, Jens Stoltenberg of Norway, has criticized the treaty, saying it “does not move us closer to the goal of a world without nuclear weapons.” 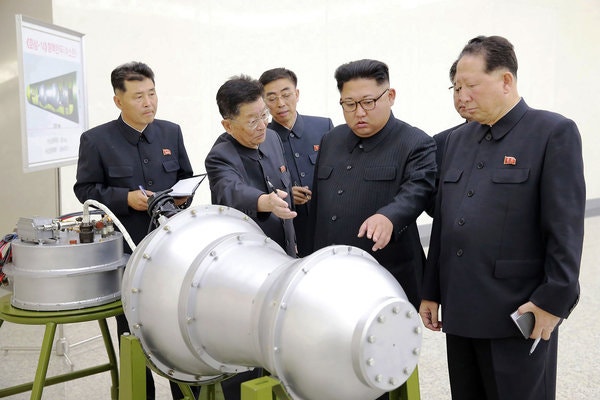 Nonetheless, delegates from 122 countries — nearly two-thirds of the U.N. membership — participated in the negotiations for the treaty, and 84 have signed it. As of Sunday, 44 of those countries had ratified the treaty, which would come into force 90 days after the 50th ratification. At least one or two more countries may ratify it in coming days or weeks.

Under the treaty, all nuclear-weapons use, threat of use, testing, development, production, possession, transfer and stationing in a different country would be prohibited. For nuclear-armed countries that join, the treaty outlines a process for destroying stockpiles and enforcing the promise to remain free of nuclear weapons.

Signers of the letter are all from countries that have declined to join the treaty, arguing that the nuclear forces of the United States are essential for their own security. They are Albania, Belgium, Canada, Croatia, the Czech Republic, Denmark, Germany, Greece, Hungary, Iceland, Italy, Japan, Latvia, the Netherlands, Norway, Poland, Portugal, Slovakia, Slovenia, South Korea, Spain and Turkey.

Five of those countries — Belgium, Germany, Italy, the Netherlands and Turkey — are believed to house American nuclear weapons on their territory and would therefore be required to remove them if they joined the treaty.

Proponents of the treaty have said they never expected any of the nuclear-armed states to move quickly to sign the treaty and scrap their arsenals. But they hoped that widespread acceptance of the treaty would raise public pressure and that the “shaming effect” on the holdouts to change their position.

Such a strategy was used by advocates of the treaties that banned chemical and biological weapons, land mines and cluster bombs.

Tim Wright, treaty coordinator for the International Campaign to Abolish Nuclear Weapons, said the letter showed that even in countries that officially oppose the treaty, “there is a very significant high-level support” for it.