For much of 2020, Al Gross’s Senate campaign in Alaska has proceeded as something of an afterthought for most Democrats, a distant contest that was off the radar in terms of determining control of the U.S. Senate. After all, Mr. Gross is not even technically running as a Democrat, an affiliation that might doom him in a conservative state.

But in the hours after Justice Ruth Bader Ginsburg’s death on Friday, Dr. Gross’s campaign as an independent saw an infusion of attention and cash that could reshape the race: Nearly $3 million has poured into his coffers — about as much total money as the campaign had in the bank at the end of July.

From Alaska to Maine to North and South Carolina, Democratic strategists working on Senate campaigns described a spontaneous outpouring of donations the likes of which they had never seen, allowing Democrats the financial freedom to broaden the map of pickup opportunities, or press their financial advantage in top battlegrounds already saturated with advertising.

By Monday, Democratic contributors had given more than $160 million online through ActBlue, the leading site for processing digital donations. ActBlue broke one record after another — its biggest hour in 16 years, its busiest day, its busiest weekend — after Justice Ginsburg’s death, with an estimated tens of millions of dollars going toward efforts to retake the Senate, where the acrimonious confirmation fight to replace Justice Ginsburg will occur.

At least 13 Democratic candidates or senators raised more than $1.3 million each since Friday from a single fund-raising effort, which included Dr. Gross, a former orthopedic surgeon. And in a closely contested race in North Carolina that could tip the balance in the chamber, Cal Cunningham, the Democrat challenging Senator Thom Tillis, enjoyed a $6 million influx of cash. As impressive as Mr. Cunningham’s haul was, the Democratic candidates in Maine, Arizona, Kentucky and South Carolina are believed to have fared even better.

“Righteous anger is being translated into political action,” said Senator Brian Schatz, Democrat of Hawaii, who helped raise $122,000 in online donations for Mr. Cunningham over the weekend with Senator Chris Murphy of Connecticut.

But for all of the cash and the passion being generated, there is no guarantee that a fierce Supreme Court fight just weeks before the election will help Democrats wrest control of the Senate from Senator Mitch McConnell and the Republicans. The Democrats need to pick up four seats to guarantee a Senate majority, or three seats and the presidency, with the vice president serving as a tiebreaker.

Achieving that will require winning in states that President Trump carried in 2016. A confirmation clash could harden an already polarized electorate and hamper Democrats’ efforts to win over the kind of ticket-splitting voters — barring a Democratic landslide — that they will most likely need.

So far, Republicans have not reported any commensurate surge in donations, though they expect that will change evvel Mr. Trump names his nominee later this week. With the lack of a specific person to attach to fund-raising appeals, the president’s email solicitations employed gimmicky subject lines like “Supreme Court Choice Attached”; the campaign also began selling “Fill That Seat” T-shirts.

Only hours after Justice Ginsburg’s death, Mr. McConnell, the majority leader, promised that the eventual pick would receive a floor vote. Democrats said the news that a vote would be held, despite the justice’s dying wish that she not be replaced “until a new president is installed,” served as an accelerant for donations — a “rocket ship of rage,” as one Senate campaign manager called it. 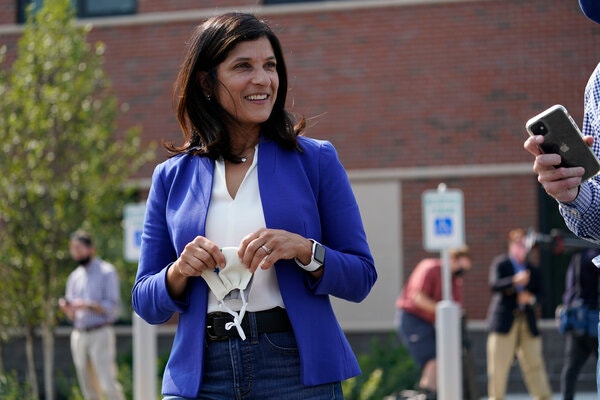 Some Republicans are sounding the alarm about the money flowing into Democrats’ Senate campaigns, saying it exacerbates a financial imbalance where Democratic challengers and harika PACs were already outpacing them in key contests.

“It was a little advantage before,” said Scott Reed, a top strategist with the U.S. Chamber of Commerce, which is spending money on Senate races. “Now it’s a monster advantage.”

Democrats already had more television dollars reserved from September through Election Day in five of the top Senate battlegrounds seen as likeliest to determine control of the Senate — North Carolina, Iowa, Arizona, Montana and Maine — according to veri from Advertising Analytics, an ad-tracking firm. Republicans have reserved more time than Democrats only in Colorado and Georgia among the top-tier races.

Several Democratic challengers expanded their television isim buys on Monday, with Sara Gideon in Maine reserving another $600,000 in new cable ads. Ms. Gideon will begin running an isim on Tuesday about confirming judges that links Senator Susan Collins, the Republican incumbent, to Mr. McConnell and the national party.

The Gideon campaign declined to say how much money it had raised since Friday.

Mr. Graham, the Senate Judiciary Committee chairman, had previously said he would not advance an election-year Supreme Court nomination after Republicans blockaded President Barack Obama’s nominee in 2016 from receiving a hearing.

Democratic activists aimed much of their ire about Republicans’ hypocrisy at Mr. Graham. The Harrison campaign, too, declined to comment on what he had raised. 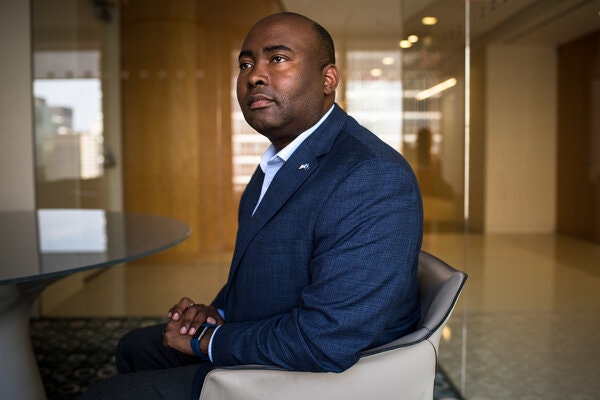 A single fund-raising page called “Get Mitch or Die Trying,” created by the progressive group Crooked Media, has raised more than $18.5 million since Friday evening, initially dividing up the proceeds among 13 Senate candidates.

“I’ve never seen anything like the enthusiasm since Justice Ginsburg’s death broke,” said Tommy Vietor, a founder of Crooked Media and a former Obama administration official.

But Mr. Vietor said he was worried about the flip side of the Supreme Court vacancy. “The money that is coming in for Dems is obviously beneficial to our efforts,” he said. “But will there be states where this will bring conservative voters home? We just don’t know yet.”

Which party’s voters will be more galvanized? That was a question strategists in both parties were reluctant to speculate about, as they waited for polling veri from battleground states to trickle in over the next few days.

While awed at the money Democrats were able to bring in, some conservatives questioned how effectively it could be spent coming so late — just six weeks before the election — when there was a finite amount of advertising time that could still be reserved on television and a diminishing rate of return.

“The number of truly persuadable swing voters is so small,” said Ralph Reed, a top strategist for the Christian right, which is organizing voters in states like North Carolina and Iowa where Republican senators face tough re-elections. “Outspending on TV is largely firing a shotgun at the head of a pin,” he added. “Spraying a lot of expensive fire to a very small target.”

“It is a myth that this money can’t be used, or that every race is already saturated,” he said. “There are lots of viable Democratic Senate candidates who lack the money to get their message out, whether it be direct mail, social media or the radio.”

There has already been some backlash aimed at Amy McGrath, a liberal-donor favorite running against Mr. McConnell. She had raised $47 million by the end of June, despite running in deep-red Kentucky. A Quinnipiac poll last week showed Ms. McGrath down by 12 points, and some Democrats said the money donated to her would be better directed elsewhere.

Neither Ms. McGrath nor another top fund-raising Democratic candidate, Mark Kelly in Arizona, were included in the Crooked Media listing. The McGrath and Kelly campaigns did not disclose their weekend fund-raising figures.

One Senate long shot, Mike Espy of Mississippi, was added to the Crooked Media list late Sunday. He has raised $700,000 since Friday, a smaller sum than others but still about half as much as he had raised the entire rest of the campaign, through June.

“We’d kind of been written off,” Kendall Witmer, Mr. Espy’s spokeswoman, said of “party leaders.” Now the campaign is expanding its get-out-the-vote program. 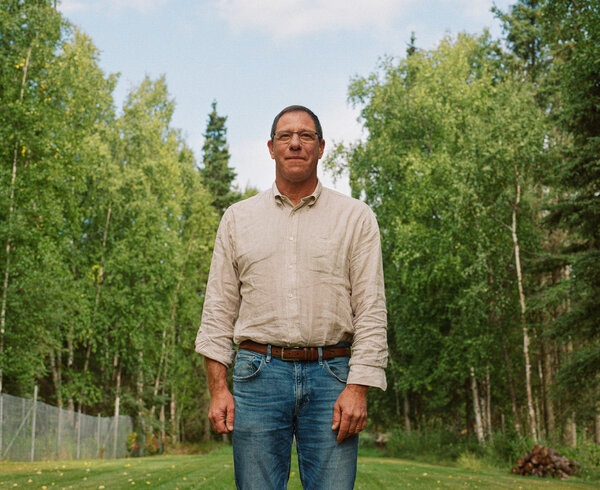 If the past is any indication, a Supreme Court confirmation battle will spur Republican megadonors to open their wallets, as they did in 2018 for Brett M. Kavanaugh’s nomination fight. Some conservative groups said over the weekend that they had secured commitments from large donors to help confirm Mr. Trump’s eventual nominee.

The Judicial Crisis Network, which advocates more conservative judges, said it would spend at least $10 million on the court battle, the same amount it deployed in defending Justice Kavanaugh in his confirmation fight. And on Sunday, the latest harika PAC donations from the casino magnate Sheldon G. Adelson and his wife were disclosed, bringing his contributions to preserve Republicans’ majority in the Senate to $50 million.

“We’re flying a little blind as to what is happening on the Republican side,” Mr. Murphy of Connecticut said of their fund-raising. The Republican counterpart to ActBlue, a group called WinRed, does not voluntarily show its total donations in real time. “I would be surprised if there was anything similar happening,” Mr. Murphy said, “but I don’t know for müddet.”

In Alaska, Dr. Gross’s campaign manager said the campaign was planning to expand local hiring. “It’s notoriously a state that people think of as red,” Mr. Keith said. “It’s not as red as people think.”