When it comes to new development, buyers who are choosing to stay in New York — and have the means to stay — are choosing Brooklyn and Queens.

Five months after Covid-19 crippled the city’s real estate market, sales across the city are down,but the boroughs beyond Manhattan are faring better, in some rare cases even exceeding pre-pandemic expectations.

While the New York exodus, to the suburbs and beyond, has so far been overstated, many of those who have left were affluent residents with second homes and had played a disproportionate role in supporting the overpriced Manhattan condo market, which was already slumping before Covid-19. Citywide, more than 60 percent of new condos remain unsold — and much of that supply had accumulated before the virus arrived, according to Kael Goodman, the chief executive of Marketproof, a real estate analytics company.

Now the market is leaning evvel again on first-time and move-up buyers, many of whom are working from home, thinking less about their commute time and more about savings. New York has not been a welcoming market for young buyers,indeed some would-be buyers have been pushed out because of rising costs and job loss, while others may have moved elsewhere to wait out the pandemic.

But those who have stayed, lured by near-record-low mortgage rates and an abundance of choices,are betting on the city’s long-term revival while they still have some leverage.Discounts remain modest at the lower end of the market, but buyers are getting back-end concessions and first crack at units with better views and layouts that were often the first to sell. 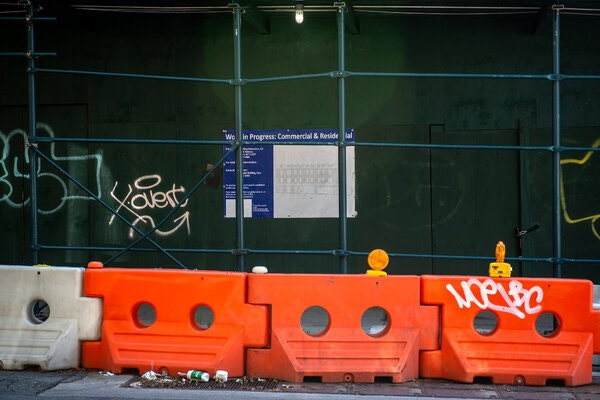 In the process, these sales could reshuffle the priorities of new development for years to come: more outdoor space, fewer bells and whistles, and above all, smaller price tags. The shift could also be a blow to the ultraluxury skyscraper, as more buyers show a preference for smaller “boutique” buildings and less reliance on cramped elevators.

No market was immune from the slowdown. From the start of New York’s stay-at-home order on March 22 through the end of August, there were 488 reported contracts signed for new condos citywide, a 40 percent drop from the same period last year, according to Marketproof.

But the pullback was less severe outside of Manhattan. Seven out of 10 of the neighborhoods with the most signed contracts for new condos were in Brooklyn and Queens, according to the real estate website StreetEasy. The analysis looked only at first-time sales, or so-called sponsor units, in new buildings.

Bedford-Stuyvesant in Brooklyn topped the list with 48 contracts signed in that period, with a median sale price of $725,000. By contrast, the Upper West Side in Manhattan, which had the most new condos listed in that period, with 144 apartments, had only 16 contracts, and a median sale price of $1.88 million. But those deals represented a relative bargain for the Upper West Side, where the median asking price for new condos was $3.68 million, roughly double the price of what actually sold. 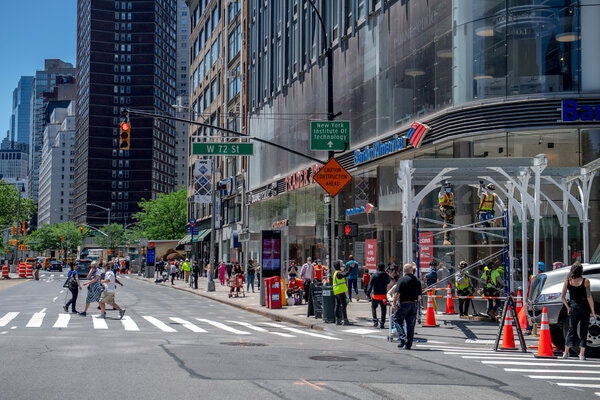 The demand in these neighborhoods also challenges the notion that buyers are rejecting big cities in the wake of Covid-19, said Jonathan J. Miller, the president of Miller Samuel Real Estate Appraisers & Consultants.

“This is all about wealth and mobility, not density,” Mr. Miller said, noting that nearly every large urban market he tracks nationwide, with the exception of Manhattan, has improved. Perhaps one reason for the disparity, he said, is the astronomical rise in prices in Manhattan over the last decade that targeted a shrinking pool of well-off buyers.

Their departure meant more opportunities for first-time buyers, who often compete with cash-flush investors looking to buy multiple units to rent or flip. The share of all-cash buyers of co-ops and condos in Manhattan last quarter fell to just under 41 percent — the lowest rate since 2014, after hovering around half of all buyers for years, Mr. Miller said. 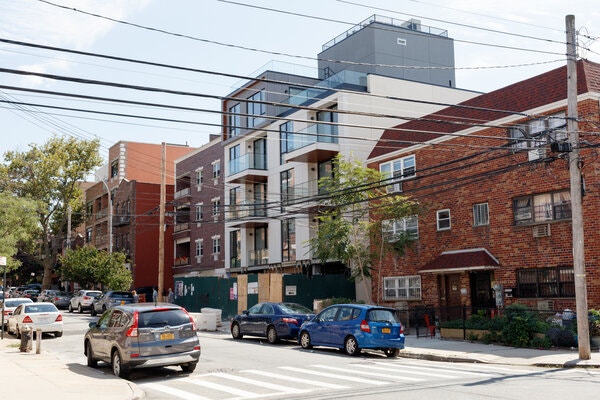 In search of relatively lower prices, new development buyers looked to Long Island City in western Queens. From June 22, when in-person showings restarted, through August 23, condo signings were down 21 percent, to 77 from 98 in the same period last year, according to veri compiled by Patrick W. Smith, an agent with the Corcoran Group.

But the largest share of those sales, 62 percent, went into contract for less than $1 million, compared to just 40 percent in the same period a year ago. It’s a major shift from early last year, when speculators snatched up top-dollar units in anticipation of an Amazon campus that local residents rejected. There were five deals signed for more than $2 million from late June to late August last year; this year there were none. 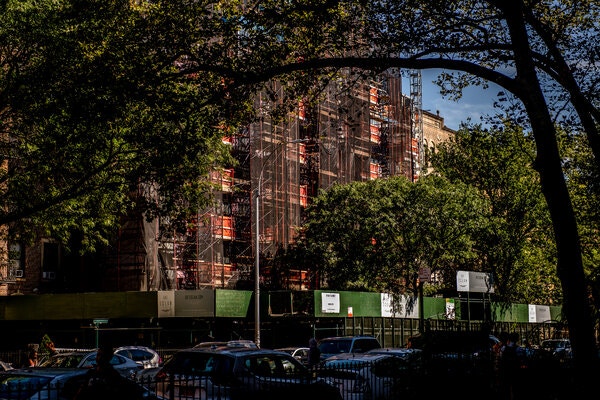 “The people buying today intend to use it for their primary residence,” he said.

Demand has varied. At Skyline Tower, a condo skyscraper in Long Island City with over 800 units, where the bulk of units remain unsold, there were just 8 reported contracts from late March to late August, compared to 193 in the same period last year. Eric Benaim, the chief executive of Çağdaş Spaces, which is leading sales there, said there were 13 contracts signed in that period. A slowdown is to be expected a year after initial sales, but the tower also has some of the most ambitious prices in the area, such as a 678-square-foot one-bedroom that was asking nearly $1.2 million, or more than $1,760 a square foot.

Building size is also on the minds of buyers. Since the pandemic started, consumers requested information about larger buildings, from 50 to 199 units, about 25 percent less often, per listing, than they did in the same period last year, according to Nancy Wu, an economist with StreetEasy. The only category to notch a modest increase in interest, a 3 percent uptick, were buildings with 10 or fewer units, including townhouses, she said.

The shift might reflect concern about sharing common spaces and elevators with more residents, agents said, but others say the issue is overblown.

“It’s such nonsense,” said Gary Barnett, the chairman and founder of Extell Development, which owns the tallest residential building in New York, Central Park Tower, as well as several other skyscrapers. He said tall buildings with ample elevators and common area can be much less crowded than boutique buildings with less shared space.

Price has been the thornier issue in Manhattan. “We just can’t get those prices anymore,” he said, noting that discounts in the ultraluxury condo market can range anywhere from 5 percent to 30 percent. “It beats the hell out of our margins,” he said of the current market, noting that his firm is losing money on more than one project.

There have been some exceptions. The J.D. Carlisle Development’s Madison House, the tallest tower in NoMad, where prices for its 199 units ranged from $1.4 million to $13.73 million, has had 38 contracts signed since July, according to Marketproof, though some of those units may have been bought before Covid. 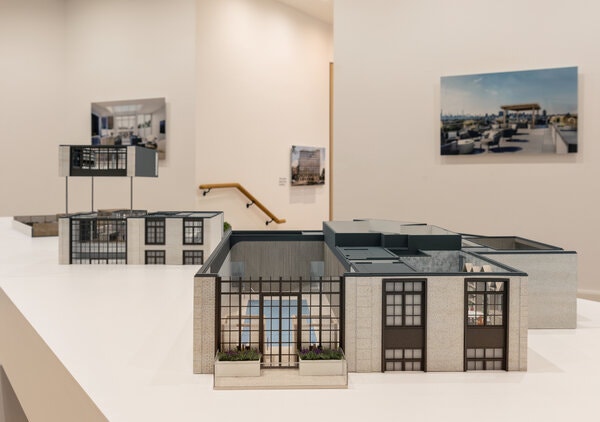 In Harlem, the condo at 300 West 122nd Street postponed an April launch and spent time retooling the design, such as scrapping two units to create a work-from-home space for residents. The developer, Happy Living Development, decided to start sales in July, ahead of a planned September rollout, because of strong interest from prospective buyers, said Rachel Medalie, a principal at the firm and an agent with Douglas Elliman.

“We had 700 registrations,” for a 170-unit building, she said. “In olağan times that was a great number, in these times it was outstanding.” Studios start at under $500,000 and the priciest unit is a $3.4 million four-bedroom. Fewer than 20 apartments have private outdoor space, but they have been very popular, she said.

The sales team is awaiting signatures on 20 contracts, she said, all at asking price, and many buyers are coming from Midtown or downtown Manhattan, in search of more affordable new development. It is nevertheless jarring to consider $1,350 a square foot, the blended average in the building, to be a bargain, especially when the median price was $587 a square foot a decade ago in Harlem, before a recent wave of new development, according to StreetEasy.

The strongest condo sales, however, were in Brooklyn. From mid-March to the end of August, the borough had 338 new development contracts signed, compared to just 198 in Manhattan, according to Brown Harris Stevens Development Marketing. Stephen Kliegerman, the firm’s president, said the units in Brooklyn tend to be a bit larger and less expensive than what’s on offer in Manhattan, and the borough’s parks and green space have become an increasingly popular amenity. 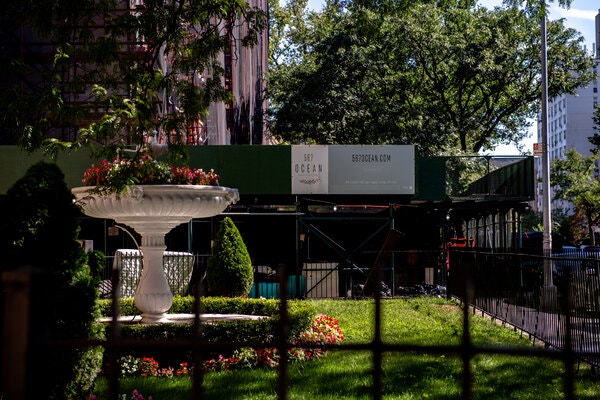 Outdoor space was crucial for Tabrez Haider and Anjuman Orta, who are under contract to buy a two-bedroom apartment with outdoor space at 567 Ocean Avenue, a nine-story condo under construction in Flatbush, Brooklyn. Prices range from $400,000 for a studio to $1.375 million for a three-bedroom, according to Andrew Barrocas, the chief executive of MNS Real Estate, which is handling sales.

Mr. Haider, 33, who works in banking, and Ms. Orta, 32, who is training to become a teacher, had been carefully watching the market from their rental in nearby Midwood. Even before Covid-19, the couple knew they wanted sun and outdoor space without busting their budget, so Manhattan was ruled out early. It’s been months since Mr. Haider has worked in his Midtown office, and Ms. Orta is taking classes virtually.

Despite not being able to move into the new apartment until at least next April, they took a hard-hat tour of the unfinished building soon after showings restarted in June, and were one of the first buyers inside the building. He said they got a modest discount, less than 5 percent in concessions, and perhaps they could have bargained harder if they waited, he said. But the combination of very low mortgage rates, a lower 10 percent down payment requirement, and the availability of sunny high-floor units convinced them to seal the deal in July.

“If we let every uncertainty push us back, I don’t think we’d ever be able to make a decision,” Mr. Haider said, and he’s accustomed to economic headwinds: He graduated college at the peak of the Great Recession, and began his career in the middle of the European debt crisis. 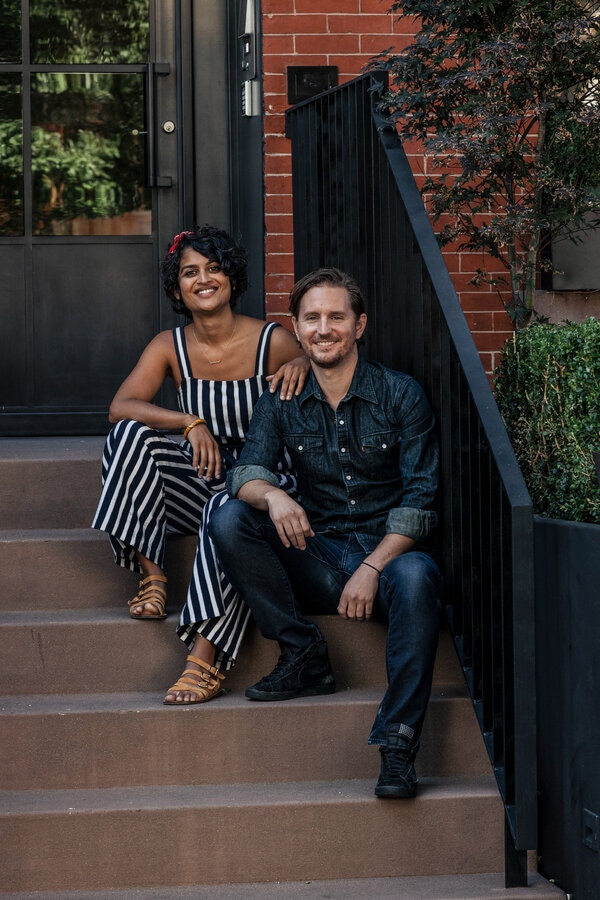 For Anu-Raga Mahalingashetty and her partner, Patrick O’Donnell, both 36, a six-month search led them to 88 Lexington, a new eight-unit walk-up in Bedford-Stuyvesant, where prices ranged from $769,000 to $1.175 million. They browsed nearly 400 apartments online, nearly all of them in new buildings, in search of solid construction, outdoor space and reasonable carrying costs.

Ms. Mahalingashetty, who works for a küresel health firm, and Mr. O’Donnell, an engineer, bought a two-bedroom apartment in the building in April, when the city was still grappling with climbing infection rates.

“I think the city will bounce back,” Ms. Mahalingashetty said, even though, in the short term, so much of what they love about New York has changed.

“Half of our friends have moved out of the city — and they were all Manhattan dwellers,” she said. The ones in Brooklyn and Queens stayed.

On the cultural heritage trail in Oman

Peruvian pleasures of the table