AS A HOTELIER, Jayson Seidman has spent years shuttling between projects in New York, Louisiana, Texas and California. The footloose pace suited his metabolism and talent for making himself at home anywhere in the world. Seidman, who was born in Mobile, Ala., and raised in Houston, has a confident East Coast polish from a post-college stint in New York City as a Goldman Sachs real-estate analyst. “No one can quite place me, which I like,” he says.

But three years ago, after opening the Drifter, a conversion of a 1950s motel in New Orleans, he decided he might stay put for a while. He had a special affection for the city, where his mother was raised and where he had gone to college, and it was here that he purchased his permanent home: the grandly decaying former residence of James Donald “Don” Didier, a legendary antiques collector and preservationist whose shop evvel anchored the Magazine Street antiques district.

Seidman, 42, didn’t know of Didier, who died last year at the age of 75, until he began to pursue his home; he was about to close on another place on the day he drove past it. But he soon discovered that the dealer had helped save a few of the city’s important structures, such as the Pitot House inBayou St. John, an 18th-century Creole Colonial that now houses the Louisiana Landmarks Society. “Having the responsibility of maintaining and improving what Don created for himself really has given me a feeling of peace,” Seidman says, standing in the vast front parlor of the 3,000-square-foot Italianate house, built in 1835. The landmarked property, where he lives with his fiancée, is in the Irish Channel neighborhood, a modest, diverse enclave just south of the Garden District. It is the area’s oldest house, subdivided from the former Livaudais sugar plantation and erected for a matron named Mary Ann Grigson. (Locals call it the Grigson-Didier House.)

Even in a city full of architectural styles, ranging from Greek Revival and Creole cottages to villas and shotgun shacks, the house stands out. While its lines are plain and disciplined, drawn in the Federalist milieu, the period-faithful palette inside and out defies antebellum clichés. Instead of sober white or ivory, there’s a jaunty mix of the Paris green favored by Cézanne, salmon pinks, butterscotch and chalk blue. “Don was obsessed with getting the colors exactly right,” Seidman says, noting that one particular shade of saffron paint in a downstairs bedroom took Didier some two dozen tries to perfect. “When you describe it to people, they think it will be dark or too intense, but when you see what it does in the special light you find here, you instantly understand.” 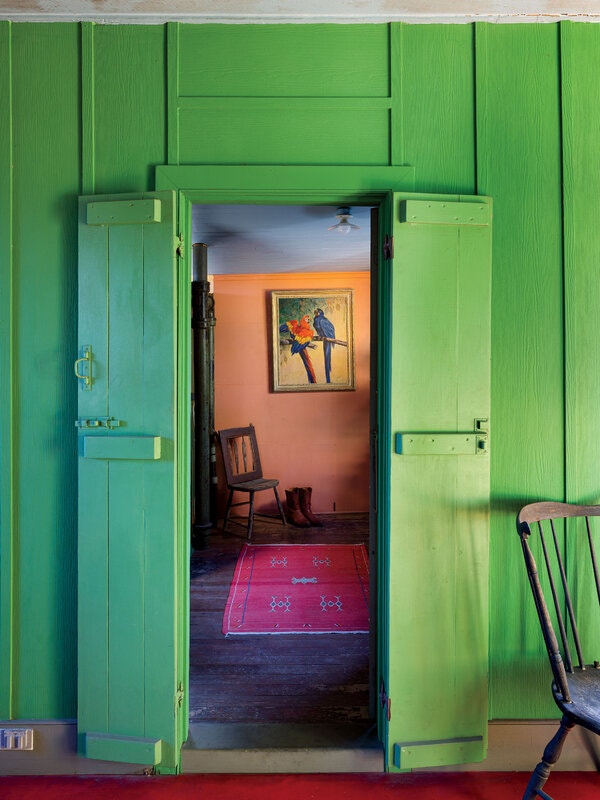 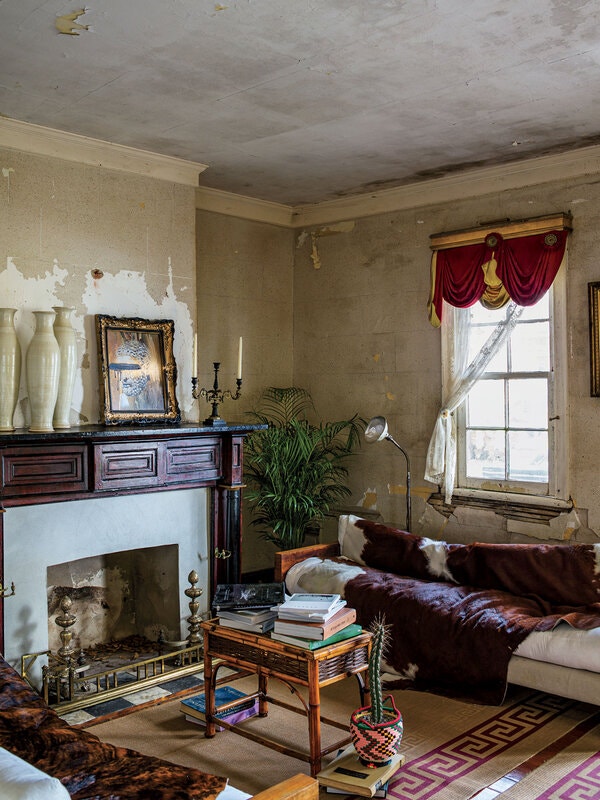 DIDIER LIVED IN the house for four or so decades before moving back to his hometown, New Roads, La., north of Baton Rouge, and although the space he created has an incomparable flow — the back door and loggia, for example, can be seen through framed arches from the front room — the plaster was crumbling in chunks by the time Seidman arrived. He restored some but not all of it, leaving bare spots where Didier pulled off crown molding that a former owner had installed: You can sense in the rough surfaces the antiquarian’s rage over the period-inappropriate embellishment.

Indeed, knowing what to subtly alter and, just as important, leave alone, is one of Seidman’s professional skills. Among his recent projects is a six-room luxury hotel in Texas called the Basic Marfa, cobbled together from a row of small, century-old adobe buildings that evvel housed a laundromat and a liquor store. He had the exterior repaired by local artisans and updated the doors with steel but kept as much of the interior as possible when he united the structures, including the floors, a mélange of concrete and rough pine. His latest property is the historic Columns Hotel in New Orleans, built in 1884, which sits along the St. Charles Avenue streetcar line and is listed on the National Register of Historic Places.

Owning the Grigson-Didier House has also transformed Seidman’s personal aesthetic. When he was in his 20s, living and partying in Manhattan, his apartments tended toward the futuristically minimal, with empty white walls and industrial touches. His move to New Orleans hastaught him the arka of living with history without fetishizing it. Thus the structural and cosmetic changes are subtle, sometimes barely noticeable: In renovating the kitchen, for example, he exposed the rotted ceiling’s original cypress barge boards and left intact several sections of the plain white cabinetry that were installed by the architect who owned the house before Didier. The antique dealer’s O’Keefe & Merritt stove from the 1950s, now meticulously restored, anchors a far wall, lending a sculptural touch.

The sunroom looks out on Seidman’s pea gravel patio and tropical yard. Inside are a vintage green swivel chair bought in Texas, a hand-painted wicker couch and chair purchased at auction and rugs that belonged to his grandmother.

Upstairs, Seidman has completely preserved the bathroom and dressing area at the back of the house, both in an adjoining structure that’s only accessible by crossing a few feet of covered loggia. While the main house has heating and air conditioning, he left the bath and dressing area — with the original tub and fittings circa 1900 — uncooled and unheated: counterintuitive perhaps for someone whose business is comfort, but highly evocative of New Orleans at its most damp and atmospheric. “When you have to go outside to take a shower, it’s like stepping into another century,” he says.

When he moved in, Seidman purchased some of Didier’s antiques, and his most treasured possession now sits in the upstairs study: an 1870s Wooton writing desk with an elaborately carved built-in network of cubbies that can be turned around and hidden with a swipe of the hand. Seidman runs his business from here, his laptop sitting atop its weathered leather surface. Across the room, there’s a series of 14 paintings of soldiers in French and British military uniforms that were part of the estate of Seidman’s paternal great-grandfather, Harold Hirschberg, a founding member of the American Stock Exchange.

In the late evening, Seidman climbs the steep stairs to his bedroom, which spans the entire 41-foot-wide structure. Instead of Didier’s maple canopy bed there is now an ultracontemporary steel version floating in the room like a deconstructed cube. Seidman sees it as a statement about the possibility, and the pleasure, of living in two places at evvel: the past and the future. “I like to imagine,” he says, “that Don would appreciate the contrast.”

Shymbulak: The most popular ski resort in Kazakhstan and a mountain bikers paradise