BUSAN, South Korea — The scandal that riveted South Korea’s online busybodies began when Kim Ji-seon checked into a beachside condominium in February. A 29-year-old office worker planning a June wedding, she had nothing more salacious in mind than meeting with members of her church to organize a youth program.

Then Ms. Kim tested positive for the coronavirus — and the details of her life became grist for South Korea’s growing culture of cyberbullying and misinformation, a phenomenon that has complicated the country’s widely praised digital effort to find those infected with the coronavirus.

Using sophisticated digital tools, the South Korean authorities publicly revealed Ms. Kim’s age, gender, church name and recent whereabouts. Extrapolating from these details, online trolls accused Ms. Kim of belonging to a religious cult. They matched her itinerary with that of another church member who had tested positive and concluded she was cheating on her fiancé.

“I was flabbergasted,” said Ms. Kim, now 30, in an interview. “How could they make fun of people who were struggling for their lives? But with an IV stuck in my arm, I could not do much about it from my hospital bed.”

Governments around the world have grappled with misinformation and outright lies about the coronavirus. In South Korea, that struggle has become uniquely personal.

South Korea owed much of its relative success in finding those infected with the virus to its aggressive use of surveillance camera footage, smartphone veri and credit card transaction records. 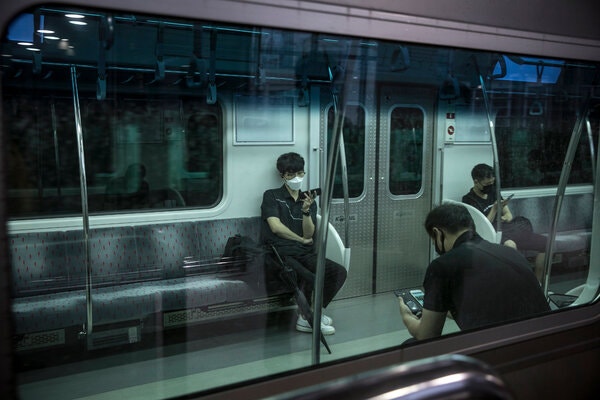 But it has also empowered trolls, harassers and other 21st-century scourges. The authorities have since pulled back on some of their more obtrusive tactics, though many South Koreans still have raised relatively few outcries over privacy.

“I don’t think this reflects a lack of respect for privacy in South Korea,” said Park Kyung-sin, a professor at Korea University School of Law and an expert on privacy. “Rather, people seem to think that at a time of a pandemic, privacy can be sacrificed for the sake of public health.”

Some people, like Ms. Kim, have paid a price. Online harassers labeled her a “cougar,” suggesting she used sex to proselytize to a younger man. Others said that, should she get pregnant, the infant should undergo a paternity test. Officials in the city of Busan debunked the rumors, but they continued to spread online.

​Once discharged, she filed complaints with a major web portal to remove the fake content. But after trying to hound dozens of blogs, she gave up. “There were too many of them,” she said.

The küresel fight against the pandemic has raised privacy concerns across countries. Governments, including those of Italy, Israel and Singapore, have used cellphone veri to track potentially infected people and their contacts. China has employed mobile phone apps with little disclosure about how they track people. Venezuela has urged neighbors to turn each other in.

South Korea, an intensely connected country where nearly everyone totes a smartphone, has taken those efforts a step beyond. In addition to making some personal veri public, the authorities sometimes use it to send text messages to people whose cellular veri history indicates they were in proximity to an infected person. Other than China, South Korea is virtually the only country in the world whose government has the power to collect such veri at will during an epidemic, according to Prof. Park.

In the initial desperate months of the pandemic, government websites uploaded a detailed sketch of each patient’s daily life until they were diagnosed and isolated. The government did not reveal patients’ names but sometimes released revealing veri such as their addresses and employers.

That rush of veri fed a growing culture of online harassment. In South Korea, doxxing — digging up and publishing malicious personal information — had already been a growing sorun, often cited in the recent suicides of K-pop stars.

Restaurants visited by patients were sometimes treated as if they were cursed. Citing one female patient’s frequent visits to karaoke parlors, online trolls claimed that she must be a prostitute. Gay South Koreans began to fear being outed, prompting the government to promise them anonymity in testing after an outbreak erupted at a gay club in Seoul in May.

Often the harassment proved persistent. The unfounded rumors about Kim Ji-seon and her congregation emerged in February but are still circulating today. Kim Dong-hyun, the congregant whom trolls had falsely accused of having a relationship with Ms. Kim, said his girlfriend was recently asked about the “​infamous immoral man” in his church. 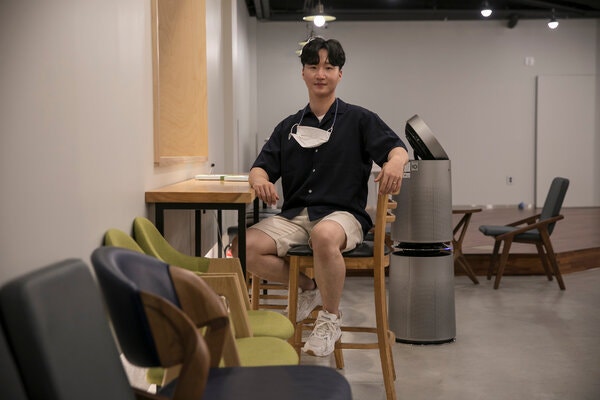 “It’s amazing how die-hard these rumors can be,” said Kim Dong-hyun​, a​ shipping company​ employee.

“I evvel could not understand why entertainment industry stars ​killed themselves after becoming targets of online bullying​,” he added. “I do now.”

As the stories of abuse mounted, the government pulled back on some of its disclosures.

The government no longer reveals a patient’s age, sex, nationality or workplace. It also doesn’t reveal the names of places that the patient recently visited if everybody that person encountered has already been identified. It removes from public view any information it does disclose after two weeks.

As the virus has resurged in recent months, the authorities have cracked down on spreading disinformation or leaking personal veri, and have interrogated 202 people for related criminal activity. Among them was a man who claimed on YouTube last month that the health authorities were manipulating test results to keep government critics in quarantine, as well as six people who circulated rumors that a patient visited places in southern Seoul that he had not been.

Still, the authorities are trying to balance privacy with safety. The police have asked prosecutors to indict 13 people accused of providing false information, including several who lied to epidemiological investigators about their health or the places they visited while potentially carrying the virus.

Public shame has proved effective. Many South Koreans patients dreaded stigma more than the virus itself, according to research by Seoul National University’s Graduate School of Public Health. People paid attention: One survey in May showed six out of 10 people checked patient veri on government websites, with the vast majority of those saying they found it useful.

Even Kim Dong-hyun and his friends said they understood why the information had to be gathered and disclosed. But they also spoke of the social burden that infected people face. The government closed down Kim Dong-hyun’s workplace temporarily after he tested positive, he said, and his co-workers had to go into quarantine.

The sense of guilt over that, he said, “was harder to bear than the bodily pain caused by Covid-19.”

Both Kim Ji-seon and Kim Dong-hyun are members of the Onchun Presbyterian Church. Some of its members checked into the beachfront property in Busan in February expecting to do little more than organize church business. But some people online falsely accused their church of being affiliated with another, called Shincheonji, which has long been vilified in South Korea as a cult and evvel dominated headlines as the center of an initial wave of infections. 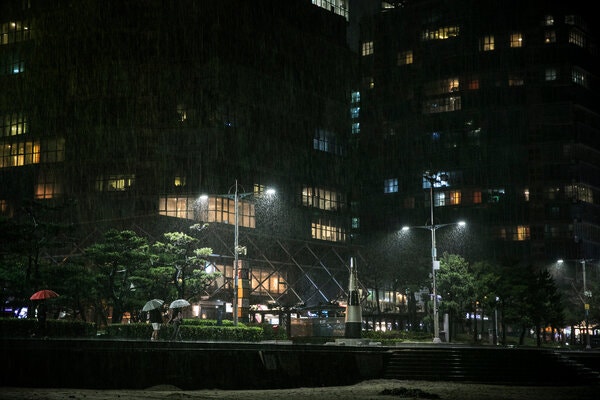 Onchun’s senior pastor, the Rev. Noh Jeong-kag, denied any link to Shincheonji but said he was looking into whether members of that church infected his congregants while attending services undercover to poach worshipers, something it has been accused of doing.

Onchun’s 32 infected members have all survived. For some, fighting Covid-19 has been a deeply religious experience.

Kim Moon-seok, 68, a retired truck driver, said doctors told his wife, Kim Hang-ja, to prepare for his funeral. But he said that while he was slipping in and out of a coma, he saw a nurse praying at his bedside and later heard God’s voice.

​In June, Kim Ji-seon and 20 formerly infected church members agreed to donate their blood plasma to help treat other patients. “It was to show our thanks to those dedicated nurses who treated us,” said Kim Chang-yeon, then Kim Ji-seon’s fiancé.

Kim ​Ji-seon and Kim Chang-yeon married that same month. Guests wore masks and gloves ​and kept socially distanced. ​The couple canceled a honeymoon in Thailand and spent three days in a ​South Korean ​hotel while the virus raged outside.

But their wedding had one special event: Kim Dong-hyun, the man whom trolls accused of carrying on an affair with the bride, sang​ and danced with Kim Chang-yeon in a performance for Kim Ji-seon.

“I wanted to show to those who spread the malicious rumors that our friendship is not what they thought it was,” Kim Dong-hyun said.

Madeleine McCann suspect investigated over rape of Irish woman in 2004