This year’s Stanley Cup finals features two head coaches who are very familiar with each other: The Dallas Stars’ interim coach, Rick Bowness, was an assistant for the Lightning’s coach, Jon Cooper, for five years at Tampa Bay.

George Gwozdecky has shared a bench with both of them, having been an assistant coach for Cooper, and Bowness’s colleague, for two seasons starting in 2013.

Cooper, 53, had no N.H.L. experience when he became the Lightning’s head coachlate in the 2012-13 season. In the off-season, Bowness and Gwozdecky were added to his staff, largely because of the nearly 70 years of coaching experience they collectively had. Bowness, 65, now holds the N.H.L. record for most games coached (2,473 entering the finals). Gwozdecky, 67, had been a college coach for 32 years before he joined the Lightning, winning two N.C.A.A. titles in 19 years at the University of Denver.

Gwozdecky has now been the head coach at Valor Christian High School in Highlands Ranch, Colo., for the last five years. The school had won just five games in two years when Gwozdecky took over. Last season, Valor won the state prep title in the fall and its first state championship in March. 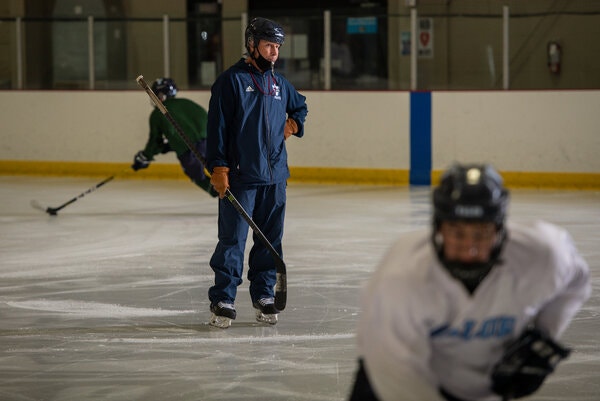 “In the two years I was there, Rick was a huge, huge assist to Jon in figuring out how this whole thing worked,” Gwozdecky said, referring to the myriad issues facing a first-time coach in the N.H.L., like determining the travel schedule.

Cooper had a limited playing background and had been coaching professionally only since 2010, and Gwozdecky had never worked in the N.H.L. “We didn’t have a clue,” Gwozdecky said. “Rick was the guy who had to say, ‘This is the way it goes, boys.’”

Cooper took an unusual route to the N.H.L. He worked on Wall Street, then went to law school before becoming a public defender. “As a coach, his courtroom is the locker room and the press conference room,” Gwozdecky said. “He’s not a guy who will answer questions with the typical clichés. They’re all well thought out.”

Starting with the original Winnipeg Jets in the 1988-89 season, Bowness has been an interim or head coach for six teams. Before Dallas, his last head coaching experience was with the Coyotes in 2004.

As assistants to Cooper, he and Gwozdecky bonded over their respective responsibilities — for Bowness, the defense and penalty kill, and for Gwozdecky, the forwards and power play — and their lifetimes in hockey. Gwozdecky said they often walked together to the rink from the team hotel.

“We’d go in the security door, and everyone in security knew Rick, and many of them knew him by name,” Gwozdecky said. “Everyone was always glad to see him again. He’s a salt-of-the-earth guy.”

And he likes classic rock. When he’d return to his car after a practice or a road trip, Gwozdecky recalled, “as soon as the windows were down you could hear Led Zeppelin cranking out of the car.”

Gwozdecky said he did not expect Cooper and Bowness to surprise each other in this series, which is tied at one game apiece. Game 3 is on Wednesday night in Edmonton, Alberta.

“When you’ve been around each other as much as the two of them have, you know how the other guy thinks, how he examines the game, what’s important to him, what his strengths and weaknesses are,” Gwozdecky said.

He added: “It’s going to be interesting for me to watch how both teams play against each other. Because of what each team has accomplished, there aren’t going to be dramatic changes to their game plan, but after Game 1, you’ll see some subtle adjustments here and there.” 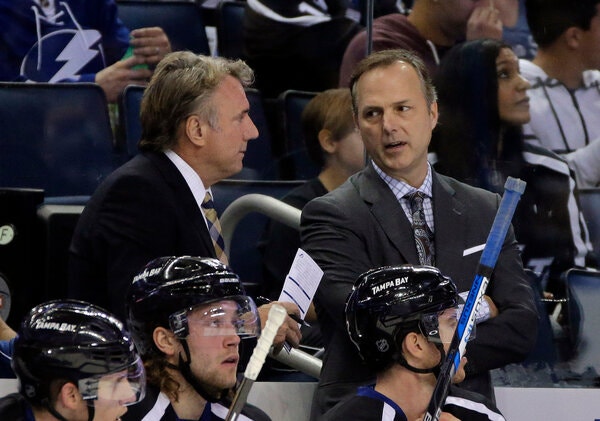 But who is he rooting for?

“I’m torn because Rick and I, and our wives, became pretty darn close,” Gwozdecky said. “As a coach, he was put into some tough situations, but no matter where he went, he always got the most out of his teams. I’d love to see Rick get his name on the Stanley Cup, but at the same time, because of the Tampa players I worked with, and obviously the coaching staff, I’d like to see their names on the Cup as well.”

Gwozdecky said he had exchanged texts and an occasional phone call with Lightning players and staff throughout the playoffs. After Tampa Bay advanced to the finals, he teased the Lightning’s görüntü coach, Nigel Kirwan, via text about jumping in front of players to get in the team picture.

“From a rational standpoint,” he continued, “you assume the younger guy” — referring to Cooper — “is going to have more opportunities to win it. Rick’s been around for such a long time, and helped so many organizations; for that reason I’d love for him to see his name on the Cup.”

In Lithuania, Russia’s war for influence is waged with cable TV and basketball