[Want to get New York Today by email? Here’s the sign-up.]

Weather: Mixed sun and clouds, with a high in the upper 70s. 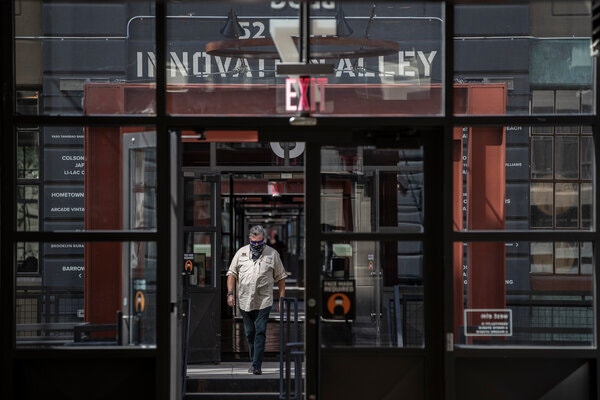 After more than a year of back and forth, the showdown over Industry City in Brooklyn is over. On Tuesday, developers yanked the major commercial project, eliminating the prospect of 20,000 new jobs.

Industry City was the latest clash of competing visions for the city, following the collapsed Amazon deal in Queens last year. The Brooklyn project was intensely divisive.

As my colleague Emma G. Fitzsimmons reported, community activists in Sunset Park voiced concerns from the onset that rezoning would spur more gentrification and displacement in the surrounding neighborhoods. But others argued that the rezoning would ultimately be helpful to a city in the grip of an economic crisis.

The chief executive of Industry City, Andrew Kimball, told Ms. Fitzsimmons, “If a project like this can’t succeed, it concerns me very much about the future of New York City.”

[Read more about how the Industry City project in Brooklyn was defeated by progressives.]

Here’s what you need to know.

What is Industry City?

Industry City, a 19th-century industrial complex on the waterfront in Sunset Park, Brooklyn, caught the eye of developers in 2013. It had become a hub for small business and artisans, then grew to include more than 500 businesses, and they wanted to transform the area into a shopping and office giant.

The project was spearheaded by Jamestown, the developer that owns Chelsea Market. Jamestown also brought in Mr. Kimball, who led a similar redevelopment at the Brooklyn Navy Yard.

Why were developers pursuing a zoning change?

Industry City had already helped the area attract new businesses and tourists. But developers wanted to take it a step further. Rezoning would allow them to expand and add more retail, business and academic facilities.

But not everyone was on board. Residents and advocacy groups expressed concerns that rezoning would hurt the working-class residents of Sunset Park.

Why was the proposal scrapped?

A few months ago, Carlos Menchaca, who represents Sunset Park on the City Council, came out against the rezoning. Then last week, Brooklyn lawmakers followed suit and urged the Council to vote against the plan.

The opposition came to be too much for developers of Industry City.

Ms. Fitzsimmons reported that developers withdrew their application for two reasons: the lack of political leadership and fears that a battle could harm their reputation. “We can’t have that be damaged by a continued political food fight that lacks very little substance,” Mr. Kimball told Ms. Fitzsimmons.

Mr. Menchaca wrote on Twitter that the proposal’s defeat was “a win for Sunset Park.” He added: “Our work continues as community voice drives the growth and future of our neighborhood.”

But Eric Ulrich, a Council member from Queens, told my colleague, “We are sending such a terrible message to the rest of the country that we’re not open for business, and we’re not open to economic development and new jobs.”

Earlier this month, Mr. Kimball said that if the rezoning failed, Industry City could lease space for an Amazon-type warehouse, The City reported.

The New Year’s Konuta celebration in Times Square will be largely virtual this year, organizers said on Wednesday.

Details on what shape the ceremony would take were not immediately disclosed.

But organizers said that the typical celebration, with hundreds of thousands of revelers gathering to watch the ball drop and be showered in confetti, would be replaced by virtual events, along with a small group of people in the square “who will reflect the themes, challenges and inspirations of 2020.”

A female pastor accused several churches in the city of retaliation after coming forward with sexual misconduct allegations against a minister. [Gothamist]

A New York University professor stirred controversy after telling students that masks do not prevent the spread of the coronavirus. [NBC New York]

And finally: The Metropolitan Opera will remain dark

The Metropolitan Opera announced Wednesday that the still-untamed coronavirus pandemic has forced it to cancel its entire 2020-21 season, prolonging one of the gravest crises it has faced in its 137-year history and keeping it dark until next September.

The decision is likely to send ripples of concern through New York and the rest of the country, as Broadway theaters, symphony halls, rock venues, comedy clubs, dance spaces and other live arts institutions grapple with the question of when it will be safe again to perform indoors. Far from being a gilded outlier, the Met, the nation’s largest performing arts organization, may well prove to be a bellwether.

The outbreak has kept the 3,800-seat opera house closed since mid-March, sapping it of more than $150 million in revenue and leaving roughly 1,000 full-time employees, including its world-class orchestra and chorus, furloughed without hisse since April.

[Read more: The Met is making plans to adapt to a world transformed by the pandemic.]

The Met plans to return to its stage next September with Terence Blanchard’s “Fire Shut Up in My Bones,” the first time it will mount an opera by a Black composer — a long-overdue milestone, and part of a new focus on contemporary works alongside the ornate productions of canonical pieces for which the company is famous.

The Met will also experiment with earlier curtain times, shortening some operas and offering more family fare as it tries to lure back audiences.

Metropolitan Diary: Got the time? 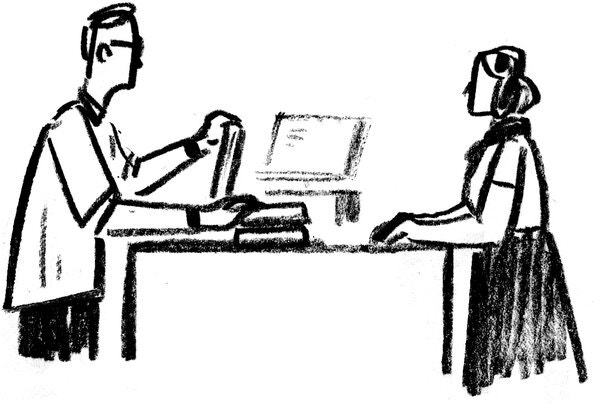 One day in 1998, I walked from my job on Barclay Street to spend my lunch hour at the Borders bookstore at 5 World Trade Center.

After a pleasant half-hour or so, I took my books to the checkout. When it was my turn to hisse, I noticed that the clerk who was ringing me up was wearing two watches, one on each wrist.

“Why are you wearing a watch on each wrist?” I asked.

He looked up at me briefly, and then looked back down at the book.

New York Today is published weekdays around 6 a.m. Sign up here to get it by email. You can also find it at nytoday.com.

We’re experimenting with the format of New York Today. What would you like to see more (or less) of? Post a comment or email us: nytoday@nytimes.com.