Iranian hackers, most likely employees or affiliates of the government, have been running a vast cyberespionage operation equipped with surveillance tools that can outsmart encrypted messaging systems — a capability Iran was not previously known to possess, according to two digital security reports released Friday.

The operation not only targets domestic dissidents, religious and ethnic minorities and antigovernment activists abroad, but can also be used to spy on the general public inside Iran, said the reports by Check Point Software Technologies, a cybersecurity technology firm, and the Miaan Group, a human rights organization that focuses on digital security in the Middle East.

The reports, which were reviewed by The New York Times in advance of their release, say that the hackers have successfully infiltrated what were thought to be secure mobile phones and computers belonging to the targets, overcoming obstacles created by encrypted applications such as Telegram and, according to Miaan, even gaining access to information on WhatsApp. Both are popular messaging tools in Iran. The hackers also have created malware disguised as Android applications, the reports said.

A spokesman for Telegram said that the company was unaware of the Iranian hacker operation, but that “no service can prevent being imitated in ‘phishing’ attacks when someone convinces users to enter their credentials on a malicious website.” WhatsApp declined to comment.

The reports suggest significant advances in the competency of Iranian intelligence hackers. And they come amid warnings from Washington that Iran is using cybersabotage to try to influence American elections. Federal prosecutors on Wednesday identified two Iranian individuals they said had hacked into American computers and stolen veri on behalf of Iran’s government and for financial gain.

“Iran’s behavior on the internet, from censorship to hacking, has become more aggressive than ever,” said Amir Rashidi, director of digital rights and security at Miaan and the researcher for its report.

According to the report by Check Point’s intelligence unit, the cyberespionage operation was set up in 2014, and its full range of capabilities went undetected for six years.

Miaan traced the first the operation to February 2018 from a malicious email targeting a Sufi religious group in Iran after a violent confrontation between its members and Iranian security forces. 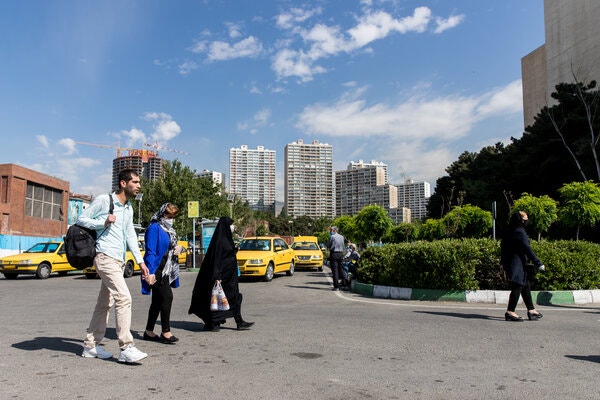 It traced the malware used in that attack and further attacks in June 2020 to a private technology firm in Iran’s northeast city of Mashhad named Andromedaa. Miaan researchers determined that Andromedaa had a pattern of attacking activists, ethnic minority groups and separatist opposition groups but also had developed phishing and malware tools that could target the general public.

The hackers appeared to have a clear goal: stealing information about Iranian opposition groups in Europe and the United States and spying on Iranians who often use mobile applications to plan protests, according to the Miaan report.

Among the most prominent victims of the attacks, the reports said, are the Mujahedeen Khalq, or M.E.K., an insurgent group that the Iranian authorities regard as a terrorist organization; a group known as the Association of Families of Camp Ashraf and Liberty Residents; the Azerbaijan National Resistance organization; citizens of Iran’s restive Sistan and Balochistan Province; and Hrana, an Iranian human rights news agency. Human rights lawyers and journalists working for Voice of America have also been targeted, Miaan said.

According to Check Point, the hackers use a variety of infiltration techniques, including phishing, but the most widespread method is sending what appear to be tempting documents and applications to carefully selected targets.

One of these is a Persian-language document titled “The Regime Fears the Spread of the Revolutionary Cannons.docx,” referring to the struggle between the government and the M.E.K., sent to members of that movement. Another document was disguised as a report widely awaited by human rights activists on a cybersecurity researcher.

These documents contained malware code that activated a number of spyware commands from an external server when the recipients opened them on their desktops or phones. According to the Check Point report, almost all of the targets have been organizations and opponents of the government who have left Iran and are now based in Europe. Miaan documented targets in the United States, Canada and Turkey as well as the European Union.

The spyware enabled the attackers to gain access to almost any file, log clipboard veri, take screenshots and steal information. According to Miaan, one application empowered hackers to download veri stored on WhatsApp. 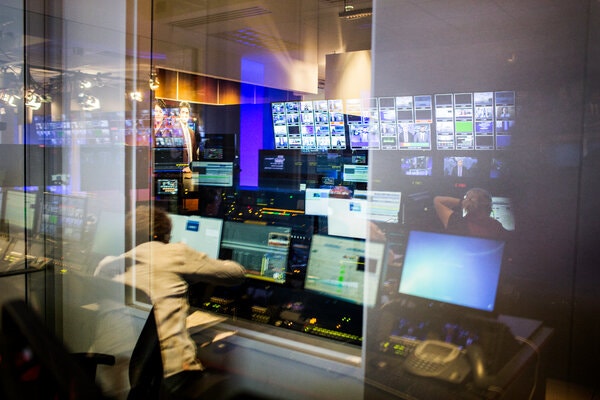 In addition, the attackers discovered a weakness in the installation protocols of several encrypted applications including Telegram, which had always been deemed relatively secure, enabling them to steal the apps’ installation files.

“This cutting-edge surveillance operation succeeded in going under the radar for at least six years,” said Lotem Finkelstein, head of threat intelligence at Check Point. “The group maintained a multi-platform, targeted attack, with both mobile, desktop and web attack vectors, that left no evasion path for victims on the target list.”

Miaan experts said the Iranian company linked to the attackers, Andromedaa, has been mentioned in at least three previous reports linking them to stealing information through malware. The Miaan report said the attack tools in those cases suggested they were “designed, built and run by the same hacker(s).”

Mr. Rashidi, the Miaan researcher, attributed the success of the hackers partly to what he described as their social skills in creating deceptions that lured victims into a trap.

For example, one malware targeting dissidents in Sweden was designed as a Persian-language instructions tool for Iranians seeking Swedish driver’s licenses. Another application targeting ordinary Iranians promises to give users a larger exposure on social media apps like Instagram and Telegram. 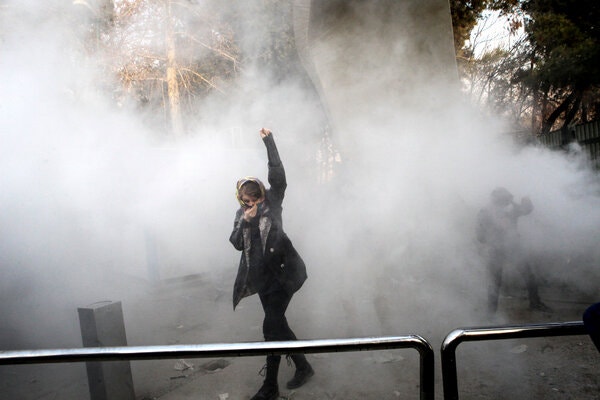 Mr. Finkelstein at Check Point said it was “highly possible” that the hackers were freelancers employed by Iranian intelligence, as has been true in previous Iranian hacking episodes. He also said the infrastructure of the operation led Check Point to conclude that the attacks are “administered by Iranian entities against regime dissidents.”

Babak Chalabi, the 37-year-old spokesman of the Azerbaijan National Resistance Organization, which promotes the rights of ethnic Turks in Iran, said his computer was hacked by this group in late 2018 when he received an email with a link and clicked on it.

Mr. Chalabi said he had done an interview with the Al Arabiya television channel about Iran’s cybersecurity and three days later he received an email from a person disguised as an Al Arabiya editor, informing him that the network had received complaints from Iran about his interview and asking him to look at the complaints through a link.

When Mr. Chalabi clicked on the link his computer was infiltrated, he said. He contacted Mr. Rashidi of Miaan. Mr. Rashidi reviewed his files and the email and confirmed this group of hackers was behind it.

Six things to know about loneliness in Europe