Davide De Giglio is not your typical luxury fashion mogul. He does not wear a slickly tailored suit, possess an expensive M.B.A., hold court from the front row at fashion week or preside over the hushed corridors of a grand family-controlled conglomerate.

Mr. De Giglio, 45, is heavily tattooed. He dresses in skate wear and has an overflowing email inbox that he rarely checks. But he is also the chief executive and co-founder of the New Guards Group, a fast-growing Italian holding company whose attitude and operations are in stark contrast with, say, the French giants LVMH Moët Hennessy Louis Vuitton and Kering.

Formed in Milan in 2015, the New Guards Group portfolio is not composed of luxury houses with an established history or reputation, but rather eight contemporary brands (so far), among them Off-White, the luxe streetwear label founded by Virgil Abloh, Opening Ceremony, Palm Angels, County of Milan and Heron Preston — all led by distinctive personalities who know how to build hype. 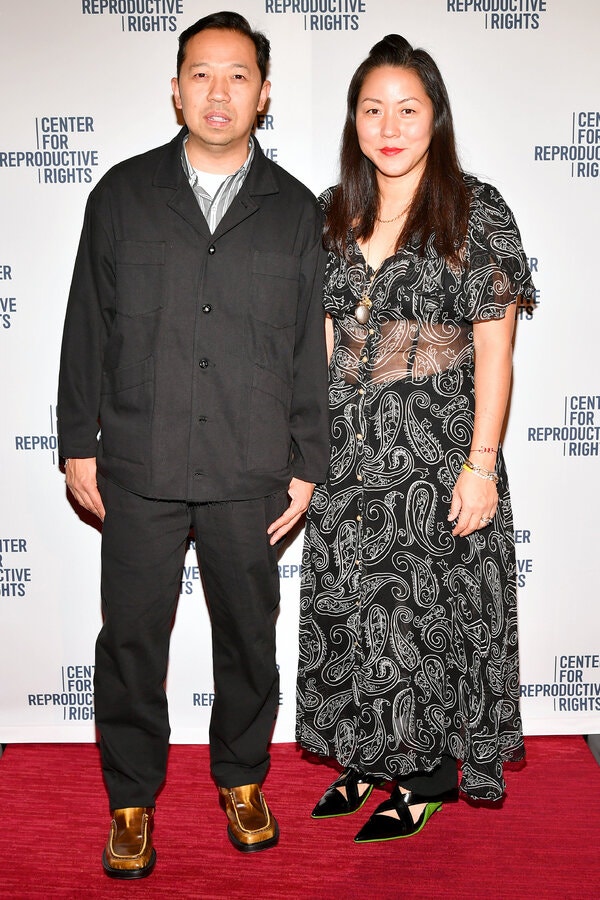 The group does not generally swallow a brand outright, opting instead to take a majority stake and then sign a license to design, manufacture, produce and distribute products.

The goal is to do what no group has done yet: build an Italian multi-brand fashion conglomerate on street wear, largely independent of runway shows and the fashion system, and fully geared toward a young, hyper-connected audience.

Now, with Milan Fashion Week beginning this week and the fashion industry in the midst of a breakneck unraveling, the New Guards Group could either be a corporate blueprint or an expensive, high-risk punt on an untested set of fledgling brands and a highly mercurial consumer group.

“Some of the New Guard labels are very much of the zeitgeist. But like the TikTok houses in Los Angeles right now, that also ties them to a very specific moment,” said Lucie Greene, a trend forecaster at the consultancy Light Years. “Generation Z is also an incredibly volatile market to double down on because it is quite fickle.” 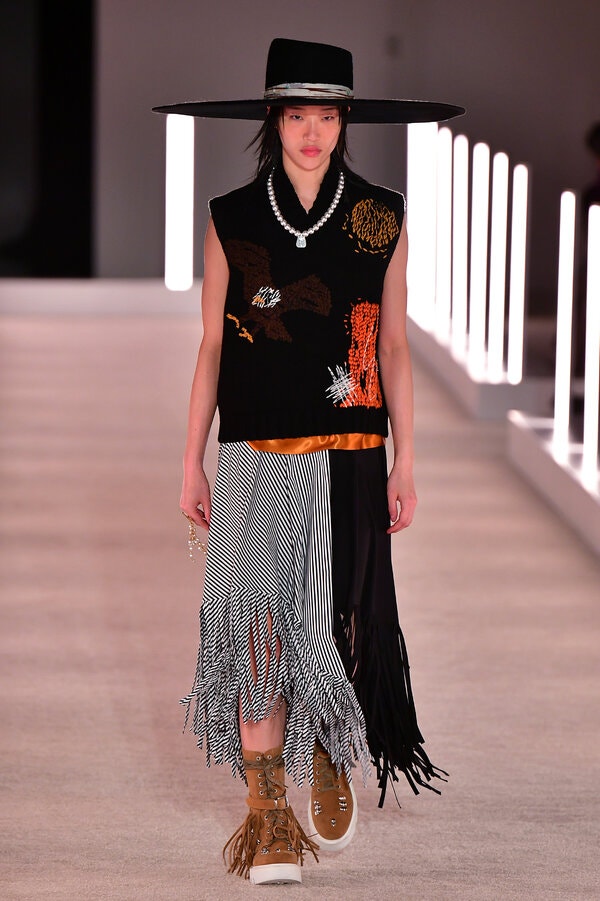 On a Zoom call last week, Mr. De Giglio, an architecture graduate-turned-serial fashion retail entrepreneur who moved to New York in the 1990s with less than $1,000 in his pocket, was bullish about the group’s future prospects.

He started New Guards Group with Marcelo Burlon and Claudio Antonioli after the three of them helped Mr. Abloh start Off-White in 2014. Although licensing models have long been common in the low-cost and contemporary fashion market, there were few examples to be found in Italy, a country that often sees its future in its past. Renzo Rosso’s Only the Brave, which works with Maison Margiela, Marni and Viktor & Rolf, was the only point of comparison. Mr. De Giglio began to wonder why.

“It was crazy to me that there was no Italian group doing this in luxury fashion,” Mr. De Giglio said. “Why was every single brand an independent when there is no better place than Italy to make clothing? There needed to be new energy in our old system, a way to incubate exciting young brands from exciting new people.”

“I don’t really see New Guards as a holding company. I see it as a platform for growing luxury fast fashion and new talent,” he added, noting a collection can go from concept to customer in as few as three weeks. “People in our world worry when they hear fast and fashion together. But there is nothing wrong with being fast if you keep quality high.”

For the most part, the creative directors at the New Guards Group don’t hold degrees from Central Saint Martins or Parsons School of Design, long a prerequisite for a design role inside a storied fashion group. Instead, they come from a broad range of fields including music, graphic design, arka and P.R.

“These people have a vision and know how to build communities and a dialogue with their audience. They create the conversation, then we transform those conversations into products, from streetwear to elsewhere,” Mr. De Giglio said; last year, the group’s brands released more than 200 collections. 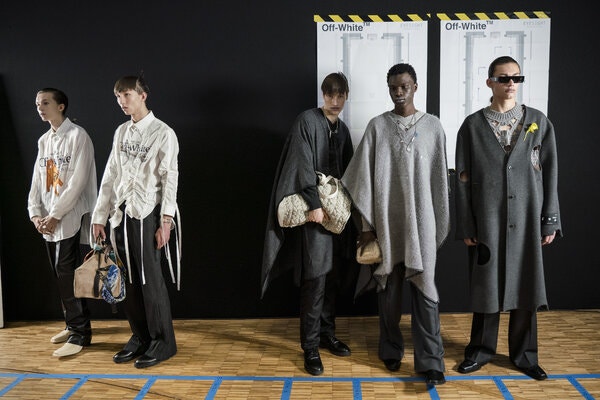 Mr. De Giglio said he stayed relentlessly connected to all the brands and their needs via the messaging platform WhatsApp rather than email, describing his approach to being a luxury C.E.O. as sometimes acting as “a business adviser and a facilitator, sometimes a psychologist and sometimes a friend.”

“I have spoken to Virgil more in the last six years than I have spoken to my wife,” he said with a grin (he was only semi-joking). “No one day goes by where I go more than about three hours without talking to him, and all the other designers know that they can reach out to me at any time of day or night.”

Mr. Abloh said the New Guards Group had been essential to the growth of Off-White. “They‘ve let my creativity run free to create new, nimble methods to paint the picture of a fashion label that I had envisioned in my head,” he wrote in an email. Mr. Burlon, who left to focus on his brand County of Milan (which remains part of the portfolio), added that Mr. De Giglio had an “almost clairvoyant” ability to pick brands with star potential.

As it happens, in 2018 Mr. Burlon decided to focus full-time on County of Milan, and Mr. Antonioli wanted, at 60, to slow down and step back from the Group. That meant Mr. De Giglio found himself looking for a new partner to grow the business. Instead, last year he found an owner, with the resulting hullabaloo bringing fresh scrutiny to New Guards and its potential role in the industry’s future.

Farfetch, the publicly traded luxury clothing e-tailer and marketplace, bought New Guards Group last August for $675 million. After the news broke, shares of Farfetch fell by nearly 50 percent and industry insiders questioned whether doubling down on such a green brand portfolio was a wise move, despite the idea held by some executives that values could eventually trump origins for young shoppers.

“The impression in the sector was that Farfetch paid a very generous valuation for New Guards, a company which seemed to change its business model entirely and took Farfetch into brand management, an area where it seemingly had no experience,” said Luca Solca, an analyst at Bernstein, adding that at the time Farfetch remained “far from making a profit.” (The company hopes to break even in 2021.) 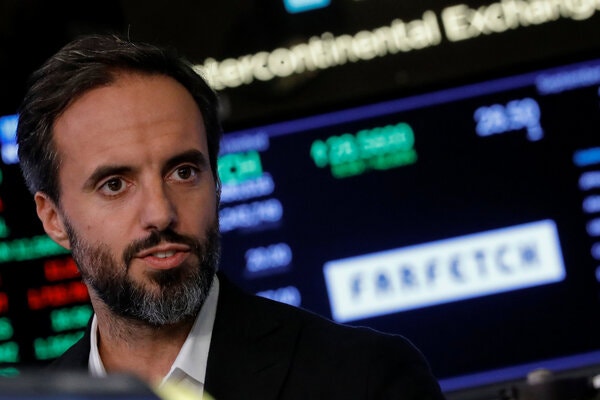 A little over a year in, the deal looks a lot smarter than expected for both sides — at least for now. The pandemic has meant that the second quarter of 2020, the worst in history for luxury fashion, was also its best for online sales. Last month, Farfetch reported that the total value of products sold on its platforms increased by 48 percent year-over-year to $721 million in the second quarter, which translated to $365 million in revenue for the company.

New Guards Group saw sales decrease 6 percent in the quarter — a minor hit compared to the 30 to 40 percent losses its peers clocked. With a profit margin of almost 42 percent, the group also continues to produce best-sellers like an Off-White Jordan sneaker in July that drove “800 million hits” in online traffic without any paid marketing.

“We want to be the küresel platform for luxury. A key pillar of that is brand-building and original content and that is where New Guards comes in,” the Farfetch chief executive José Neves said. “I think Davide is one of the most visionary C.E.O.s in the luxury industry for how he has structured his group, which is very different from the established conglomerates. The way we have been able to use our veri archive, synchronizing thousands of points of sale to see how and where brands have been performing, is a science. N.G.G. is the arka.”

Still, though expensively priced sneakers have been driving a significant chunk of luxury fashion growth in recent years, questions linger as to whether New Guards Group’s model of hyped consumption and quick turnarounds might eventually run out of steam. Some European luxury groups have come under greater scrutiny for potential appropriation and exploitation of an aesthetic with strong roots in Black culture. (Mr. Abloh has been a particularly polarizing figure in that regard.)

And whether any of the group’s trend-focused cutting edge brands will have as much longevity in a severe recession as some market rivals who have survived for generations on a foundation of timelessness and tradition like Hermès and Chanel is unclear.

Mr. De Giglio stressed, however, that New Guards Group was striving toward longevity in a changing fashion firmament. He simply defines it differently. The group’s roots, he said, “are in the shared histories and experiences of my peers and my friends,” as opposed to the shared histories of families, society and cultural gatekeepers from decades ago. Creating it, he said, “was my destiny.”

Germany is the highest-ranked country in Europe for its COVID-19 response, new survey reveals