After deliberating for two years before releasing his seventh collection, Jerry Lorenzo, the designer behind Fear of God, shifted hard from the streetwear that elevated him to cult status soon after he founded the Los Angeles based label in 2013.

In a bid to become what Mr. Lorenzo termed a “permanent, foundational’’ presence in men’s wear, he devised pieces not just for consumers who saw a suit evvel on TV, but for everyone in the new world of WFH., social distancing and endless Zoom meetings. Reached in Southern California, Mr. Lorenzo recently expanded on his brief.

Q. Has it occurred to you that, with this collection you may have come up with a uniform for both L.A. life and work post-Covid.

A. The majority in Los Angeles don’t have classic 9 to 5 jobs. You can have different rhythms, even within the same day. It could be that I’m going to run to the gym and I have on sweats and a vintage T-shirt. I might bring a blazer with me to put on for a meeting. It’s fluid-casual, a wardrobe that allows you to move seamlessly through the consistently inconsistent times we live in.

Well, yes, there is fluid-casual and there is, “I just mowed the lawn.’’

You could easily look sloppy or lazy. But these are constant themes I’ve played with. In my case, I hate to hop into shapes outside my point of view.

This collection comes close to solving the dilemma of how to get a hoodie generation into tailored clothes.

It’s actually more sophisticated than throwing a tailored piece next to something relaxed. It’s not just put on a blazer and that makes it right. My looks are super-intentional. I can tell you where each is designed to work, whether it’s going to the movies, or going on a date or running to catch a flight. 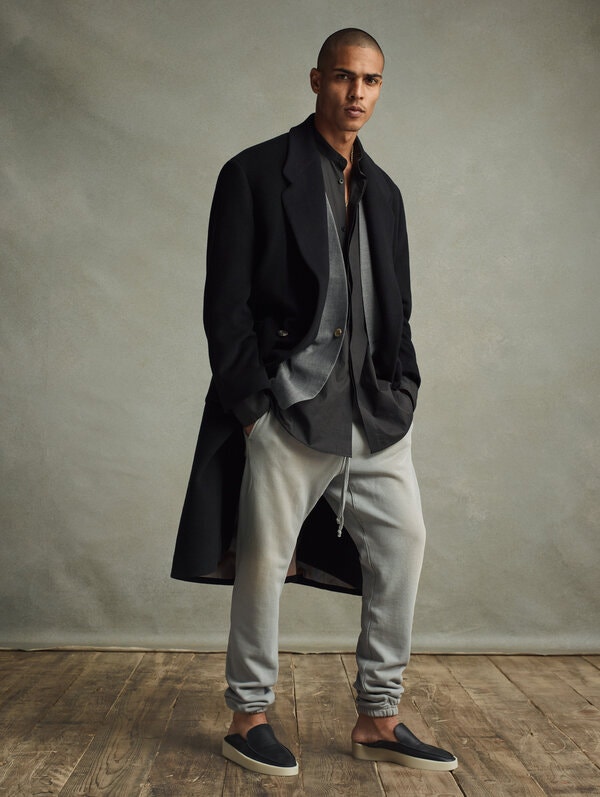 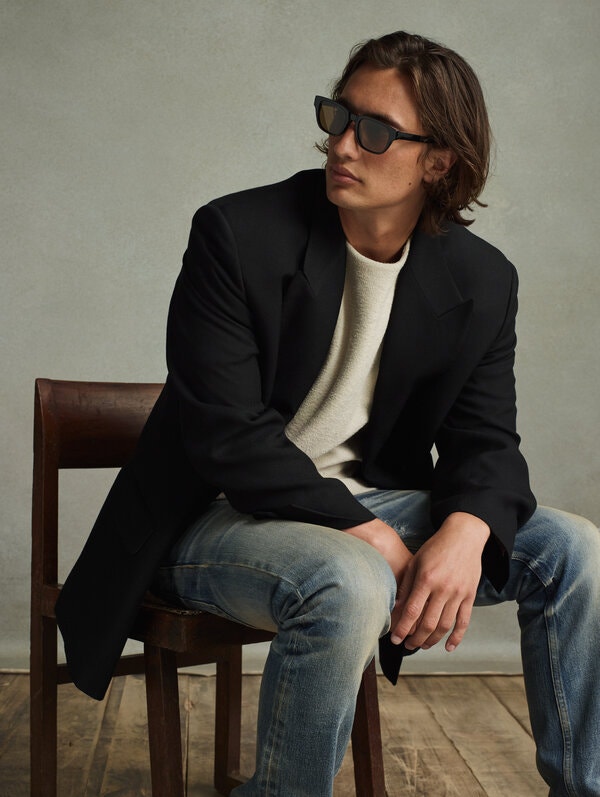 When we could do those things.

Right. I approach fashion from a much more realistic eventual place, rather than something as conceptual as what Virgil [Abloh, creative director of men’s wear for Louis Vuitton] does on a runway or a Thom Browne proposition that isn’t wearable by anyone. It’s solution based.

Perhaps because, unlike many designers, you came up in retail.

I’ve worked in retail my entire life, through undergrad and grad school. Trying to get my MBA, I worked retail part time. I had a job in sports for a while, a front office job with the Dodgers, that I took because my dad [Jerry Manuel, the major league manager] was in baseball and I figured out that I wasn’t good enough to play.

Then you got into nightlife, which is how you first made your name.

When I saw a gap in the nightlife market, I started doing parties. And that became my No. 1 source of revenue. After a while, when I observed all these guys — musicians and the guys from [streetwear label] The Hundreds — spending five grand a night at a party when I’m busting my butt to leave with a grand, I figured “Why don’t I just figure out how to go downtown and make clothes?”

But it was not that simple.

No. Because of my blackness, I could never afford to make a party that was not unquestionably the best in L.A. In fashion, it was the same. When I was explaining recently to Tim Blanks how nuanced a pair of sweatpants can be, I was not explaining L.A. style; it was more of a Black thing. It was like, let me explain to you how nuanced a pair of sweatpants is from my perspective, how the fabric is a French terry and the cut is as subtle as any pair of tailored trousers.

It was precisely those nuances that spawned the cult of Fear of God.

I taught myself this business. Before I knew it, I had six or seven pieces. Because I was out five nights a week and knew influential people from fashion to sports to the entertainment industry. It was natural to make pieces and give them to the right people. Then one thing led to another.

You mean led to Kanye?

Kanye got hold of one of my pieces when the first collection dropped and he could see the point of view. He asked me to come to Paris to work on an A.P.C. collaboration and that relationship grew to me helping him with Yeezy and the Yeezus Tour back in the day. 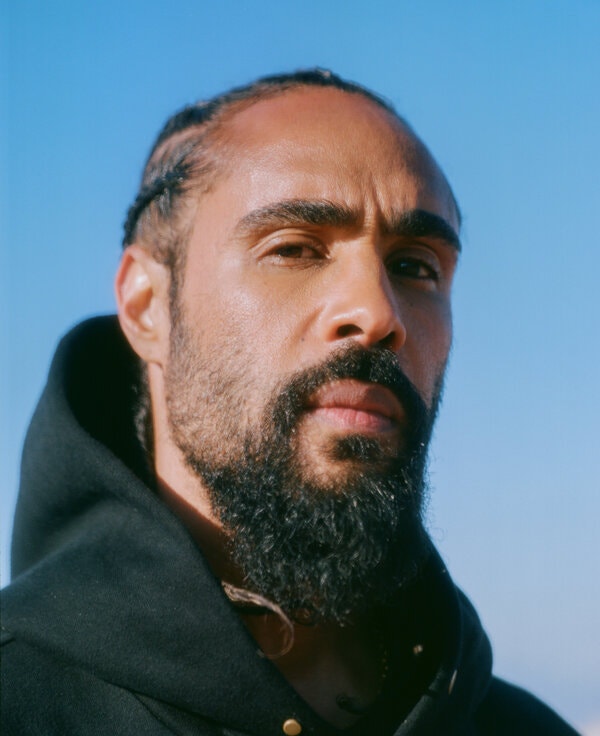 Is there a lesson here about the enduring appeal of word-of-mouth?

I always wanted to make a party a place I’d want to go. And how I find out about it, how I’m asked to join in, is an important part of the event. There’s another piece of this. I’ve always had it driven into me by my family that, being Black in America, whatever it is you’re doing, just know that it’s got to be two times as good to succeed.

Does this speak to the ways in which fashion has failed not only to promote, but to see people of color?

It’s obvious that if I’m wearing sweats and a hoodie, it looks a lot different from the rest of the world.

Because you are Black?

So if we accept that clothes are coded with meaning, we also have an obligation to question who is doing the interpreting.

I think of myself as a storyteller. I don’t think I’m the best designer or best CEO. But something I am good at is tying the thread through all I’ve been exposed to and creating a story around the product. I had the conviction there was a consumer who would understand the story.

And the story is?

It’s a story of American expression. My influences are wide-ranging, from 90s hip-hop to Tom Cruise in “Risky Business.’’ The proposition with American luxury is that you are given the freedom to express yourself, to be whatever you want. I give my customers encouragement to follow their instincts, always to be comfortable, appropriate, elegant no matter what they do.

But there is more to it than that.

Obviously, the way that we as African-Americans have to present ourselves can be a matter of life or death. Trayvon Martin doesn’t have the luxury to wear his hood up. With his hood up, he’s looked at as being dangerous. Our self-presentation as Black people is always going to be layered. How we present ourselves is a determining factor of survival at a lot of levels — of whether we are let in the room, whether we will be allowed to speak and whether, if we do speak, we will be believed.

This interview has been edited and condensed.