New Zealand has suspended the export of live cattle after a ship that left its shores with 43 crew members and nearly 6,000 cows capsized off Japan this week, raising fresh questions about the safety and ethics of transporting livestock by sea.

Animals rights activists say the move did not go far enough because the transnational livestock trade is rife with abuses.

“Ultimately, this is a trade that has to be banned,” said Will Appelbe, a spokesman for SAFE, an animal welfare group in New Zealand.

The ship, the Gulf Livestock 1, was carrying 39 crew members from the Philippines and two each from Australia and New Zealand. It left Napier, New Zealand, in mid-August and sent a distress call early Wednesday near southern Japan, setting off a two-day air-and-sea rescue mission.

Two crew members have been rescued and hospitalized. A third man pulled unconscious from the sea was pronounced dead at a Japanese pier, the Coast Guard said. The carcasses of at least a dozen cows were seen floating in the water on Friday, as well as a life jacket.

As news of the missing ship circulated in New Zealand, the country’s Ministry for Primary Industries said that it would temporarily stop considering export applications for live cattle as it tried to understand what happened during the ship’s fateful journey. The statement did not elaborate or give a timeline.

The ministry’s move was the latest that the remote Pacific nation has taken in recent years to regulate the contentious practice of transporting livestock across the ocean, often to China. That country is the biggest consumer of beef from New Zealand and neighboring Australia, another big cattle exporter. Demand for red meat boomed last year after an outbreak of African swine fever disrupted pork production in China, forcing its importers to look for other suppliers.

China overtook the United States in 2019 as the biggest market for New Zealand beef, although the coronavirus pandemic stymied its demand in the first quarter of this year.

New Zealand has placed a web of restrictions on the export of livestock for slaughter for years, effectively outlawing the trade. But many live animals are sent abroad for breeding. Nearly 40,000 cattle have been exported so far this year, according to the ministry’s veri.

There has been no “export of livestock for slaughter purposes” since 2007 in New Zealand, a spokeswoman for the Ministry for Primary Industries said on Friday. Exceptions are allowed if the ministry’s director general “judges that the risks can be adequately managed,” according to its website, but the ministry says that no exporter has ever applied.

The animals on board the Gulf Livestock 1 were thought to have been sold abroad for breeding, not slaughter; SAFE has said they were most likely pregnant.

But Mr. Appelbe, of SAFE, said that sending livestock abroad for breeding did not prevent them from being slaughtered in the end.

“It’s not like they get loaded back onto a ship to New Zealand when they’re done,” he said. 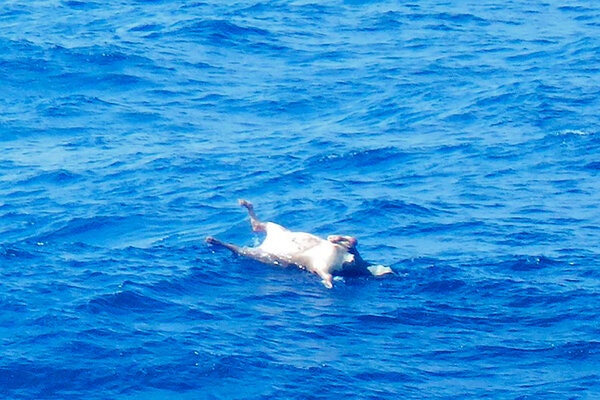 Advocates say the transnational livestock trade is cruel, in part because vessels are usually converted cargo ships that do not meet animal welfare standards. Other critics note that practice is yet another contributor to climate change by the meat industry, which has a heavy carbon footprint. The world’s food system is responsible for about one-quarter of the planet-warming greenhouse gases that humans generate each year, and meat and dairy — particularly from cows — have an outsize impact.

Controversy over the practice in Australia has subjected it to several government reviews in recent years, with officials at one point temporarily banning exports to Saudi Arabia, Egypt and Indonesia.

In May 2019, the vessel that capsized this week, Gulf Livestock 1, was detained in port by the Australian maritime authorities while “stability and navigation issues” were resolved, according to the Australian government. After a week, it was allowed to depart for Indonesia.

The vessel left Napier, New Zealand, for China in mid-August, on a journey that was expected to take about 17 days. It is registered in Panama, and Reuters reported that its registered owner is Rahmeh Compania Naviera SA, a company in Jordan.

Archival photos of the 18-year-old cargo ship show cattle berths stacked high on its deck, like rooms on a cruise liner. 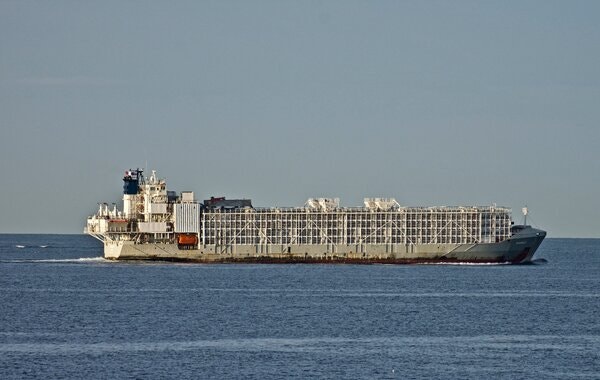 The ship sent a distress call at 1:44 a.m. on Wednesday from about 100 nautical miles off southern Japan. The company that manages it, MC-Schiffahrt of Hamburg, Germany, said in a statement that it lost contact with the ship the same day.

The distress call set off a rescue mission by the Japanese Coast Guard and Maritime Self-Defense Force, one that unfolded as a powerful typhoon pummeled parts of Japan and South Korea on Thursday.

Rescuers found the first survivor, Eduardo Sareno of the Philippines, bobbing in the East China Sea late Wednesday. He was hospitalized on the Japanese island of Amami Oshima.

Mr. Sareno, 45, told the Japanese Coast Guard that the ship had lost an engine as it traversed choppy seas. Then a wave flooded its deck in the dark of night, forcing the vessel to list at a precarious angle before sinking.

“When it was capsizing, an onboard announcement instructed us to wear a life jacket,” he said, according to the Coast Guard. “So I wore a life jacket and jumped into the sea.”

Another crew member, Jay-nel Rosals, a 30-year-old Filipino, was found alive on Friday on a life raft near the Japanese island of Kodakarajima, the Coast Guard reported.

On Friday, the Japanese Coast Guard suspended the search for more survivors as a typhoon approached.

What challenges are entrepreneurs faced with during the COVID-19 pandemic?