Walking up the 18th hole at Winged Foot’s West Course in early September, it was hard to believe that the 2020 United States Open was just a few weeks away.

Some things were the same. The rough was U.S. Open thick — over three inches at that point, with plans for it to reach five inches by Sunday’s final round. The fairways were pristine. The undulating greens were rolling just a little slower than they will during the championships. And the venerable gothic clubhouse, with its blue and white patio awning, loomed over the course.

But there was not a grandstand, concession tent, merchandise pavilion or corporate suite to be seen.

With strict protocols from the State of New York in place because of the coronavirus, the championship is being played at the Mamaroneck, N.Y., course without fans. Instead of 45,000 people filling the course, and spending money, just 430 will be allowed on site, with each expected, per the state, to be there to work.

The absence of the infrastructure that defines a typical U.S. Open is good for the condition of the club’s second course, which is used to stage much of what gets built, but it’s bad for the revenue-generating potential of an event that accounts for 75 percent of the annual budget of the United States Golf Association, the governing body of golf in America.

Simply put, no fans at the course means less money to give to the scores of nonprofits that count on the U.S.G.A.

In any given year, this one championship generates about $165 million, and some $70 million from that goes to support the game of golf, including all the other U.S.G.A. championships, as well as youth golf programs, regional golf chapters and agronomic research. It is the only one of 14 championships that makes a profit. 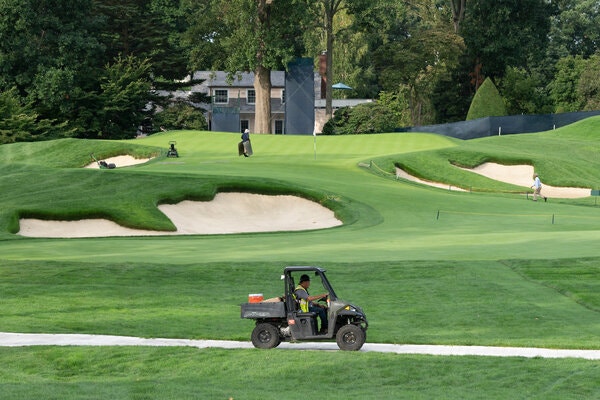 (The U.S.G.A.’s annual budget is $210 million, with additional money coming from fees the U.S.G.A. charges for things like maintaining a golf handicap and entering the championships.)

And all of that revenue was in jeopardy as the coronavirus was paralyzing New York in the months leading up to June, when the U.S. Open is always played. The coronavirus was ravaging the area around Winged Foot. Golf events were being canceled. A nearby town was a hot zone. It looked as if there might not be a U.S. Open.

“Not having it would have caused us to have to rethink the support that is offered to other great areas focused on growing the game,” said Craig Annis, chief brand officer for the U.S.G.A. “We would have had to make sacrifices.”

It was no secret that the U.S.G.A. looked to stage the U.S. Open at other courses like Oakmont Country Club near Pittsburgh, a course considered a stern test of golf on any day; Pinehurst Resort in North Carolina; and Riviera Country Club, in Los Angeles. The association’s goal was to find a way to hold the championship this year.

“We considered other locations and other dates,” Mr. Annis said. “Winged Foot was always our priority, and frankly to have it in what was the epicenter of the pandemic, to be a rallying cry for a community that was hit the hardest in the country, was meaningful.” 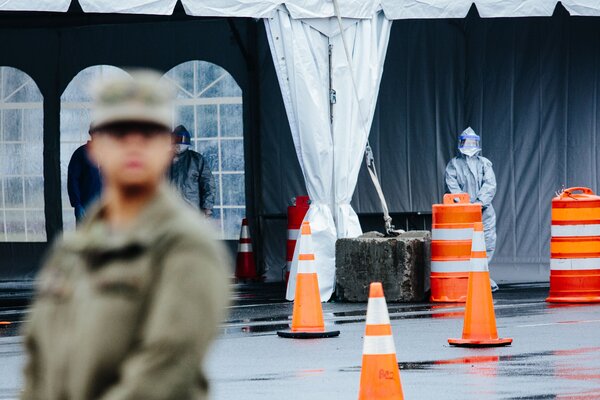 Still, the money won’t be what it normally is. Mr. Annis said the organization was able to reduce expenses in hosting only four of 14 championships: the United States Amateur and United States Women’s Amateur and the U.S. and Women’s U.S. Opens.

The association is expecting lower revenues, and the money saved by not building tents and bleachers won’t make up for it.

“There’s still the prospect of a financial impact on the organization going forward,” he said. “Our goal was to have a U.S. Open in a safe way that puts health and safety first. We didn’t come at the situation from a financial perspective.”

While funding is looking more secure now for recipient organizations, it wasn’t certain that this year’s grants would happen.

“From a straight fund-raising standpoint, there was so much uncertainty in March and April that everyone was nervous,” said Greg McLaughlin, chief executive of First Tee, which combines golf instruction with mentoring. It has received over $26 million from the U.S.G.A. since it was founded in 1997.

Every year the U.S.G.A. provides grant money to chapters of First Tee in areas where the U.S.G.A. is hosting championships. This year 51 chapters qualified for the $325,000 grant, but 10 of those championships were canceled, meaning the link to those areas was gone.

“That support is really vital for us and our chapters to continue to thrive in a very challenging economic environment,” Mr. McLaughlin said. “No. 1, it’s needed funding in an otherwise difficult year. But No. 2, receiving a grant from the U.S.G.A is a bit of a gold star when you go out and solicit other grants.”

Those chapters where championships were canceled still received their funding, but the organization will lose a chance to raise awareness and donations by being at the U.S. Open.

Last year at the Open at Pebble Beach, Calif., Mr. McLaughlin said, the U.S.G.A. set up a First Tee tent in a prime location near one of the entrances. 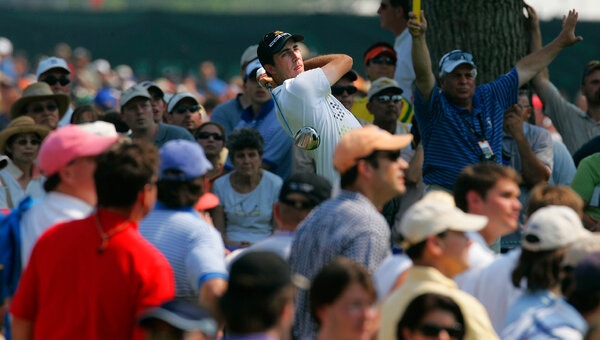 Girls Golf, which works with girls to teach them golf and life skills, was hit with a double whammy in March. It receives $1 million from the U.S.G.A. and the L.P.G.A., the governing body for women’s golf, which halted its season in March.

“We didn’t really know what was going to happen,” said Nancy Henderson, chief teaching officer and president of the L.P.G.A. Foundation. “Our initial focus was our Girls Golf sites weren’t able to do programming in person, so we moved a lot of it online.”

While grants from both organizations came through, Ms. Henderson remains worried about next year. “That’s the big question,” she said. “You don’t know if you’ll be back to a new olağan.”

Organizations like these, which are focused on growing the game of golf, share $25 million from the U.S. Open, the same amount that goes to fund the other 13 championships. The remaining $20 million is divided equally among agronomic research and the organization’s governance, rules and handicap systems.

For Winged Foot, the lack of fans is a mixed bag. Clubs that host a U.S. Open do it for different reasons. At Pebble Beach, Pinehurst or Torrey Pines in California, which hosts next year, the Open acts like a four-day marketing brochure for these resorts.

But at some of the private clubs in the rotation, like Winged Foot, Oakmont and the Country Club in Brookline, Mass., where the 2022 Open is to be held, hosting a U.S. Open is part of the club’s identity. It’s a hassle the membership tolerates in return for some remuneration and far greater prestige in the golf world.

This year, the Winged Foot membership is accepting that it’s going to be different, just as it is for other organizations around New York impacted by the coronavirus. 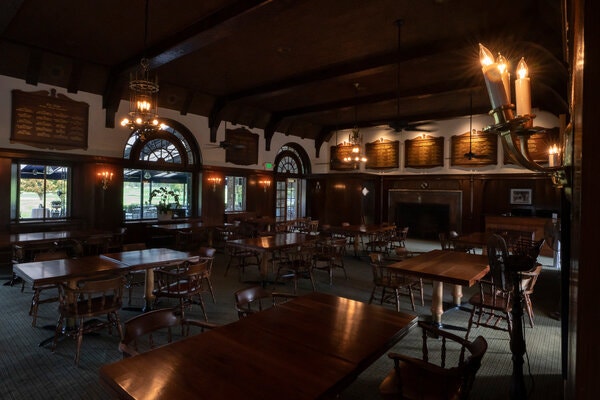 Bryan Marsal, a Winged Foot member and the chairman of this Open, said all sides had to adjust their expectations. Two years of planning were scrapped in March, and then a plan for a reduced championship was scrapped again when the U.S.G.A. announced there would be no fans.

“Our compensation was based on the number of fans that came to watch the tournament, plus the amount of merchandise that was sold in the merchandise tent, plus the corporate tents that were sold and the rental of the property,” he said. “We’ve had a 90 percent reduction in the revenue going to the club.”

But he took a long view. “When you do business with someone, it’s a partnership,” he said. “You win, they win. You lose, they lose,”

And because there is a U.S. Open in some form, with the television revenue and some advertising dollars from sponsors, the U.S.G.A. can continue funding its nonprofit partners and hope for better next year.

Promoting reconciliation through sport in Bosnia

A Japanese lifeline to Haiti