WASHINGTON — The Chinese owner of TikTok has chosen Oracle to be the app’s technology partner for its U.S. operations and has rejected an acquisition offer from Microsoft, according to Microsoft officials and other people involved in the negotiations, as time runs out on an executive order from President Trump threatening to ban the popular app unless its American operations are sold.

It was unclear whether TikTok’s choice of Oracle as a technology partner would mean that Oracle would also take a majority ownership stake of the social media app, the people involved in the negotiations said. Microsoft had been seen as the American technology company with the deepest pockets to buy TikTok’s U.S. operations from its parent company, ByteDance, and with the greatest ability to address national security concerns that led to Mr. Trump’s order.

“ByteDance let us know today they would not be selling TikTok’s U.S. operations to Microsoft,” Microsoft said in a statement. “We are confident our proposal would have been good for TikTok’s users, while protecting national security interests.”

ByteDance declined to comment. A spokeswoman for Oracle did not immediately respond to a request for comment.

The fast-moving series of events on Sunday came as the clock ticks down on the executive order from Mr. Trump, which said that TikTok essentially needed to strike a deal to sell its U.S. operations by Sept. 20 or risk being blocked in the United States. But sale talks had been in a holding pattern because China issued new regulations last month that would bar TikTok from transferring its technology to a foreign buyer without explicit permission from the Chinese government. And any resulting deal could still be a geopolitical piñata between the United States and China.

The Chinese regulations helped scuttle the bid by Microsoft. The software giant had said in August that it would insist on a series of protections that would essentially give it control of the computer code that TikTok uses for the American and many other English-speaking versions of the app.

Microsoft said the only way it could both protect the privacy of TikTok users in the United States and prevent Beijing from using the app as a venue for disinformation was to take over that computer code, and the algorithms that determine what videos are seen by the 100 million Americans who use it each month.

“We would have made significant changes to ensure the service met the highest standards for security, privacy, online safety and combating disinformation,” Microsoft said in its statement. 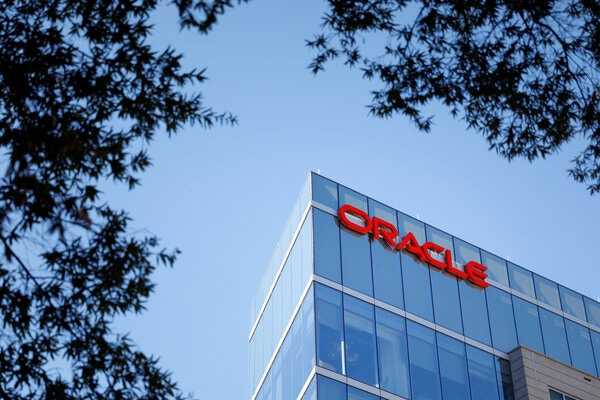 Oracle has said nothing publicly about what it would do with TikTok’s underlying technology, which is written by a Chinese engineering team in Beijing — and which Secretary of State Mike Pompeo has charged is answerable to Chinese intelligence agencies. That is a major concern of American intelligence agencies, led by the National Security Agency and United States Cyber Command, which warned internally that whoever controls the computer code could channel — or censor — a range of politically sensitive information to specific users.

ByteDance and TikTok have denied that they help the Chinese government.

TikTok has become the latest flash point between Washington and Beijing over the control of technology that affects American lives. The Trump administration had already banned the Chinese telecom giant Huawei from selling next-generation, or 5G, networks and equipment in the United States, citing the risk of a foreign power controlling the infrastructure on which all internet communications flow.

But TikTok took the battle in new directions. For the first time, the United States was trying to stop a Chinese cultural phenomenon, with an intense following among American teenagers and millennials, which carries with it the possibility of future influence.

Even if Oracle may try to close a deal, it is unclear whether Beijing would create new obstacles to the process. And election-year politics have hung over the negotiations from the start. Unlike many other technology companies, Oracle has cultivated close ties with the Trump administration. Its founder, Larry Ellison, hosted a fund-raiser for Mr. Trump this year, and its chief executive, Safra Catz, served on the president’s transition team and has frequently visited the White House.

Last month, Mr. Trump said he would support Oracle buying TikTok. He called Oracle a “great company” and said the firm, which specializes in enterprise software, could successfully run TikTok.

“I think that Oracle would be certainly somebody that could handle it,” he said. 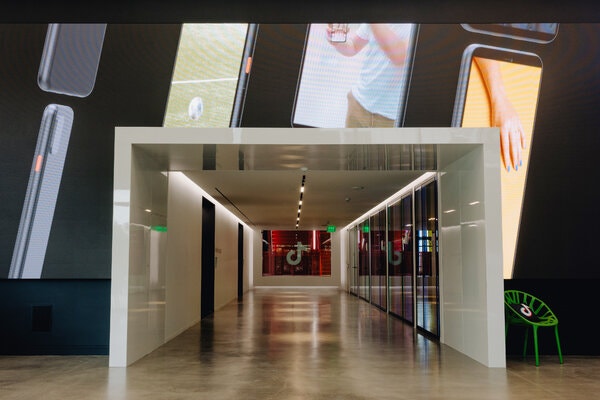 Along with Amazon, Oracle tried to win a $10 billion contract to run the Pentagon’s cloud services, one of the most hotly contested technology contracts issued by the Trump administration. Microsoft ultimately won that.

Oracle was also poised to provide the administration with a system earlier this year to help with a planned study that would have enabled the wide release of the malaria drug hydroxychloroquine to treat Covid-19. While doctors had warned the drug could have dangerous side effects, Mr. Trump had promoted its possible use to treat patients infected by the coronavirus.

Oracle’s relationship with the administration has drawn scrutiny. In August, a Department of Labor whistle-blower said that Mr. Trump’s labor secretary, Eugene Scalia, had intervened in a hisse discrimination case involving the company.

On a call to discuss Oracle’s earnings last week, Ms. Catz preemptively told analysts that she and Mr. Ellison would not discuss reports about their bid for TikTok.

The rise of TikTok in the United States has been remarkably rapid; it has taken off in just the past two years. ByteDance, founded in 2012, has raised billions of dollars in funding, valuing it at $100 billion, according to PitchBook, which tracks private companies. Its investors include Tiger Küresel Management, KKR, NEA, SoftBank’s Vision Fund and GGV Capital.

In July, as pressure from the U.S. government escalated, ByteDance began discussions with investors to carve out TikTok.

But the deal quickly become a free-for-all with bids from various corporations and investment entities around the world and new demands from the U.S. and Chinese governments.

As the deal progressed, two of ByteDance’s largest backers, Sequoia Capital and General Atlantic, have sought to retain their holdings in its valuable subsidiary while saving TikTok from a ban in the United States. Both firms are represented on ByteDance’s board of directors.

In an interview, Brad Smith, Microsoft’s president and chief kanunî officer, said that as he studied TikTok, it became evident that there were two distinct potential security threats.

The first was that Chinese authorities, using existing and new national security laws, could order TikTok to turn over user veri. TikTok tracks everything that its hundreds of millions of users watch to funnel them more videos and other material. Given that users cannot opt out of that tracking, the only solution would be to move the veri on Americans to servers that are solely in the United States, Mr. Smith said.

(TikTok currently uses a major server in Virginia, but backs up some of its veri in Singapore, and there are questions about whether Chinese authorities could reach into any of those huge pools of user veri.)

Microsoft would have located that veri in the United States — and, in all likelihood, so would Oracle.

“Then Microsoft engineers began to see a second potential vulnerability: disinformation,” Mr. Smith said, one that has also been identified by Australian researchers. The only way to assure that TikTok’s Chinese engineers were not designing code and algorithms to affect what users saw, or did not see, would be for Microsoft to take over the code and the algorithms.

“We proposed to control the veri sets and the algorithms from the day of the acquisition, including by moving source code for the algorithms to the United States,” Mr. Smith said.

Microsoft then would have worked over the course of a year with TikTok’s Chinese engineers so that it would vet any subsequent changes and make them reviewable by the U.S. government for security purposes before it was released into production, he said.

That is the approach favored by the National Security Agency and the Pentagon, according to intelligence officials. But it is exactly what the Chinese object to, which Beijing made clear in its new regulations last month.