MAMARONECK, N.Y. — There was a mist in the air when Patrick Reed struck his tee shot on the par 3, 166-yard seventh hole at Winged Foot Golf Club Thursday morning. The 2020 United States Open was only two hours old.

“It was hazy, you couldn’t see every shot,” said Jordan Spieth, Reed’s first-round playing partner. “Patrick’s shot looked like it was left and if it gets left of that hole, it goes off the green.”

Reed watched the ball, 9-iron in hand, as it landed on the green.

Spieth leaned forward to get a better view.

“It kicked straight forward and you could hear it hit the pin,” he said. “One hop.”

Everyone on the tee box paused, including Reed. It wasn’t clear where the ball was, and because there were no spectators, there was no other noise.

Then, some course volunteers to the left of the green raised their hands in the air. There was a yelp.

Reed looked sheepishly toward his competition — not his usual mien.

Spieth was immediately struck by what else was different.

“A hole-in-one at the U.S. Open?” he said. “Normally, the place would have been going nuts.”

“Up here in New York?” he said with a broad grin. “Amazing fans. That would have been an awesome experience.”

Still smiling, he added: “At the same time, an ace is an ace.”

In this case, it seemed to be worth more than two-under par on the hole because it changed the tenor of Reed’s day. Wobbling at one-over par through six holes, Reed closed with three birdies on the back nine to shoot a four-under-par 66 at fearsome Winged Foot, finishing the day just one stroke behind the early first-round leader Justin Thomas.

Though Reed had never played Winged Foot before this week, he has become a fan.

“I love hard courses,” he said with his customary, full-throated self-assurance. “It separates the top golfers compared to the rest of the field. Also, it separates the guys that can use creativity and can handle adversity.”

With pin placements in relatively benign spots on the treacherous greens, Winged Foot on Thursday was not nearly as penal as it will be in the closing rounds. Thomas’s round of 65, which included six birdies, was the lowest score in a U.S. Open at Winged Foot, which is hosting the championship for the sixth time.

Reed had begun the round cautiously, but especially after the hole-in-one, he started firing at pins.

“He said it’s his second hole-in-one since he turned professional,” Spieth said. “Which surprises me with how he attacks golf courses.”

The pairing of Spieth and Reed Thursday — the third golfer in their group was Hideki Matsuyama — was at least a visual reminder of their days as a formidable duo from international competitions in the middle of the 2010s. 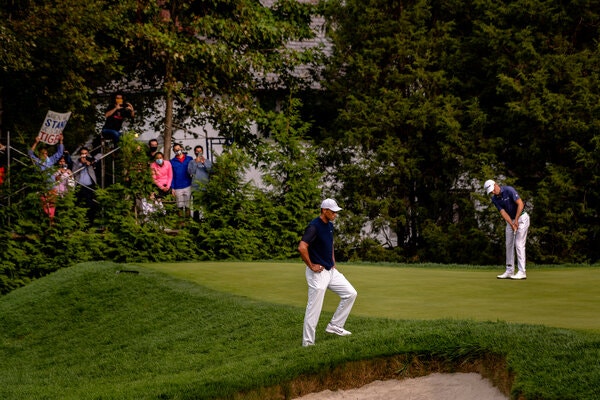 Beginning in 2014, they had an 8-1-3 record, until Reed and Spieth were paired with different players at the 2018 Ryder Cup. The results that year were mixed and the European team trounced the Americans. Afterward, Reed chafed at the decision to break up his partnership with Spieth and suggested that Spieth was behind the separation.

Several months later, Reed and Spieth played together at a PGA Tour event and seemed to have put the episode behind them, even hugging on the first tee. Thursday, they were cordial and helpful to each other on the course.

On the difficult par-4 16th hole, when Reed’s tee shot ricocheted off a tree and left him nearly 300 yards from the green, he used a wood to launch a blind shot around the hole’s severe dogleg left. Walking up the fairway after his second shot, Reed squinted toward the green to see where his ball had come to rest.

Spieth walked over from the other side of the fairway to point out where Reed’s ball was — only 60 yards from the hole but nestled in deep rough that might have made it hard to find. 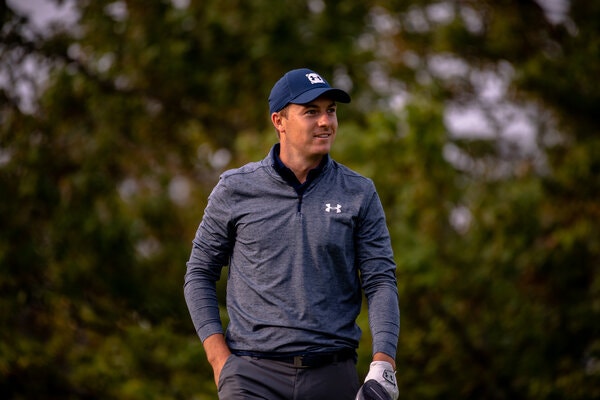 Reed pitched onto the 16th green and sank a five-foot putt to save his par. Spieth finished the day at three over par as did Tiger Woods, after a round that began in the topsy-turvy fashion that has become common for both players. Woods began with three bogeys on the front nine, before stringing together three straight birdies at the turn. A seven-foot putt for birdie lipped out on the 12th hole, ending his run.

Spieth was three over par after two holes before birdieing three consecutive holes on the front nine.

“I’ve had just about everything happen to me in the game of golf,” Spieth said. “So it’s not very hard for me to reset after two holes of a 72-hole tournament.”

“Even though he didn’t swing it well today and didn’t feel like he really made golf shots he likes,” Reed said. “He’s still going to grind he always stays in it. He’s going to figure out a way to get the job done and get a score out of it.”

Europe's week: what big issues are MEPs focussing on in September?