There is no real dispute that James Blaesing is the grandson of Warren G. Harding and his mistress. But the wounds of that revelation have resurfaced in court, as relatives of the 29th president, many now in their 70s, argue over a proposal to exhume President Harding’s body as the 100th anniversary of his election approaches.

On one side is Mr. Blaesing, who says the exhumation is necessary to prove with “scientific certainty” that Harding was his grandfather, even though the DNA evidence is already persuasive, and to confirm his and his mother’s “membership in a historic American family.” He also wants to bring along a television production crew to document the opening of the tomb.

On the other side are several Harding relatives who say the disinterment would create an unnecessary spectacle. One has questioned the motives of the television production company, believing it is fixated on the unfounded theory that Harding, who died in office in 1923, was poisoned — perhaps by his wife, Florence Harding.

The matter is now before a family court judge in Ohio. The arguments have raised a question with implications beyond this particular feud: Are exhumations still necessary to prove if someone is related to a dead person, now that genetic testing and genealogical analysis techniques are so advanced?

For a while it seemed as if the Harding family might be able to work through the 29th president’s messy past without lawyers.

Dr. Peter Martin Harding, a son of one of the former president’s nephews, grew up hearing that Mr. Blaesing’s grandmother, Nan Britton — who wrote a 1928 tell-all, “The President’s Daughter,” claiming that she had a daughter with Harding — was a “confused young woman.” Harding had been rendered infertile by a mumps infection when he was young, Dr. Harding’s father told him, so he could not possibly have fathered a child.

But when Dr. Harding read Ms. Britton’s book, he was struck by how plausible her story sounded. Additional research convinced him further. Ms. Britton died in 1991 and her daughter, Elizabeth Ann Blaesing — Mr. Blaesing’s mother — died in 2005 without anyone in the Harding family having ever formally acknowledging them.

“My family has caused this whole wound,” Dr. Harding, 77, a former Navy psychiatrist who lives in Big Sur, Calif., said, adding that he had thought to himself, “I’m going to heal this.”

He reached out to Mr. Blaesing, who had tried communicating with the Harding family only to be ignored. By involving Ancestry.com’s DNA testing division and another cooperative Harding cousin, they were able to show that Ms. Britton’s claim was true. “This is the definitive answer,” an executive at Ancestry declared in 2015.

“That was my great victory,” Dr. Harding said. 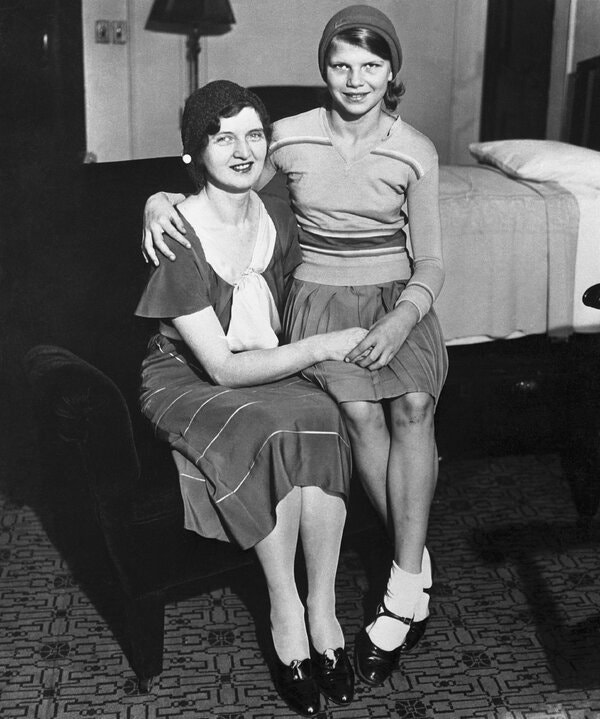 Then things took a turn, though just how and why depends on whom you ask. Mr. Blaesing, who is 70 and works in construction in Portland, Ore., did not respond to multiple requests for comment, but court filings paint a picture of a man who quickly saw just how fragile his place in the family still was.

Some Hardings acknowledged him. Others did not, particularly “the branch that has taken responsibility for preserving President Harding’s legacy in his hometown of Marion, Ohio,” he wrote to the court.

Mr. Blaesing knew that a historical organization in Ohio was gearing up for a celebration of Harding’s 1920 landslide election victory that would include the construction of a new presidential museum and library. (Its opening, scheduled for this month, has been delayed by the pandemic.) He laments in his letters to the court that he was excluded from the planning and that no one reached out to him to learn more about his mother, the president’s only known child.

Because the method of genetic analysis used by Ancestry.com was new, he feared that it left room for relatives to poke holes in the result. In court documents, his lawyers argued that the only “indisputable” way to “prevent others from questioning his lineage and usurping his right to control how his family’s story is told” required comparing his DNA with samples taken directly from the deceased president.

Over the past decade advances in genetic testing and genealogical analysis have made it increasingly possible to develop powerful hypotheses about how two people are related even if one of them is dead. Genealogists and law enforcement will often use the DNA of siblings, children or other close relatives as stand-ins for the deceased.

But “if the goal is yasal proof,” courts generally want a direct genetic comparison to the dead relative, said CeCe Moore, a genetic genealogist who has investigated family puzzles for the television shows “Finding Your Roots” and “The Genetic Detective.”

In their written pleadings to the court, Mr. Blaesing’s cousins have insisted that they are convinced he is the president’s grandson and that they would rather avoid disrupting Harding’s grave and creating a media circus. One cousin suggested that Mr. Blaesing could embrace his role as a Harding by donating money to the centennial or by laying a wreath on his memorial as part of an annual ceremony in July.

Since 1927, Harding and his wife, Florence, have lain in matching sarcophagi at the center of a 53-foot high white-marble colonnade in Marion. Each of the granite slabs covering their graves weighs 9,400 pounds, and would most likely need to be removed with a crane, according to the Ohio History Connection, which maintains the gravesite and is involved in planning the centennial celebration. The organization declined to take a position on the disinterment in a letter to the court, and said a museum exhibit acknowledging Elisabeth Blaesing as the president’s daughter was planned. 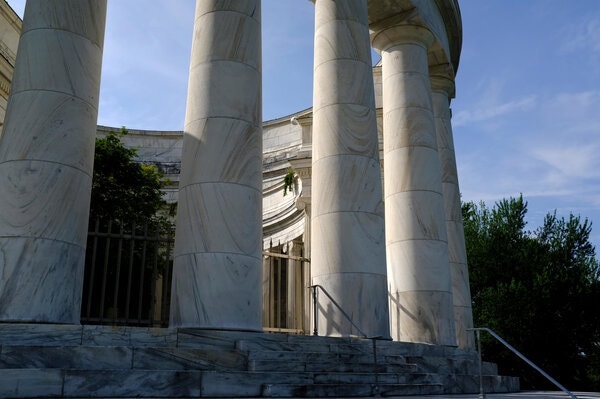 Dr. Harding, who initially supported Mr. Blaesing’s decision to file a lawsuit seeking to be recognized as Harding’s descendant, said his perspective changed when he learned more about Magilla Entertainment, the TV production company that wants to document the opening of the crypt. After speaking with people at the production company, he said, he was concerned they would fixate on the conspiracy that Harding was murdered.

Magilla Entertainment, which has produced historical and reality-based television series, including “American Ripper” and “Submissive Wives’ Guide to Marriage,” directed questions to the lawyers they share with Mr. Blaesing.

One of the lawyers, Natalie A. Harris, wrote in an email that Mr. Blaesing’s story “will be the focus of any sinema, not the manner of President Harding’s death.”

However, she said, if the court approves Mr. Blaesing’s application to have Harding’s body disinterred for DNA testing, the company may consider toxicology testing to gather “additional information about the president’s health and sudden death.”

Coronavirus: Calls to protect nurses who are 'still in the eye of this pandemic'