Four years ago, the Green Party candidate played a significant role in several crucial battleground states, drawing a vote total in three of them — Wisconsin, Michigan and Pennsylvania — that exceeded the margin between Donald J. Trump and Hillary Clinton.

This year, the Republican Party has been trying to use the Green Party to its advantage again, if not always successfully.

In Wisconsin, a G.O.P. elections commissioner and lawyers with ties to Republicans tried to aid attempts by Howie Hawkins, the current Green Party presidential candidate, to get on the ballot there, which were ultimately unsuccessful. In Montana, state regulators found that the Republican Party violated campaign finance laws as part of an effort to boost the Greens in five down-ballot races, including for senator and governor.

And in Western Pennsylvania, petitioners from Florida and California were brought in to gather signatures for Mr. Hawkins by an outside firm whose actions Mr. Hawkins and the party said they could not account for. Mr. Hawkins also did not make the ballot there.

With Mr. Trump trailing Joseph R. Biden Jr. in most national and swing-state polls, Republicans are again trying to help third parties that may appeal to Democratic voters and siphon off votes from Mr. Biden. This is taking place alongside a broader pattern of disinformation and skepticism by the president and his allies that has sown confusion and undermined confidence in the election.

Supporters of the president have also been trying to advance the candidacy of Kanye West, the billionaire hip-hop artist, confident that he can cut into Mr. Biden’s vote total. Democrats have portrayed the effort as a “dirty trick” and exploitative of Mr. West, who has bipolar disorder.

Republican efforts to aid the Green Party are not new. In 2016, a billionaire backer of President Trump, Bernie Marcus, the co-founder of Home Depot, provided support to Jill Stein, the Green candidate, according to people with knowledge of the strategy, who said the effort was done with the knowledge of some officials at the Trump campaign and its chairman at the time, Paul Manafort. (Mr. Manafort was subsequently convicted of eight counts in an unrelated financial fraud trial.)

It was not clear if Mr. Marcus’s support, which has not been previously reported, included bolstering the party’s effort to get on the ballot or funding a social media campaign, or if it went toward some other purpose.

Mr. Marcus did not respond to a question relayed to him through his wife, Billi Marcus.

She and Mr. Marcus donated more than $7 million to groups supporting Mr. Trump in 2016. His stalwart backing of Mr. Trump has previously led to calls to boycott Home Depot; Mr. Marcus retired more than a decade ago. 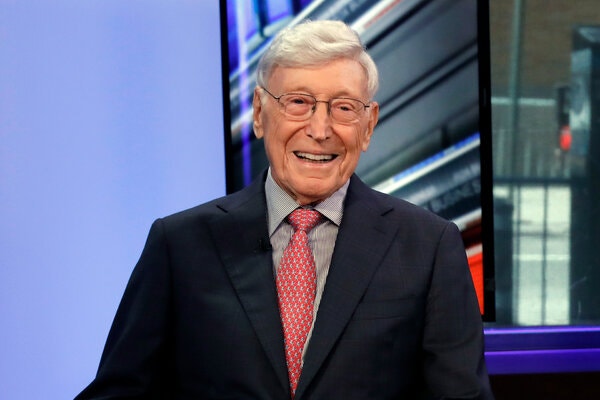 There was no indication that Ms. Stein or her campaign knew about Mr. Marcus’s involvement.

Ms. Stein, in a statement, said: “I’ve never heard of Bernie Marcus or this alleged effort. Why is the NYT trying to make this into a scandal and not the fact that superrich elites from the same corporate interests give hundreds of millions every election to buy off both establishment parties?”

The Trump campaign declined to comment on whether officials were aware of Mr. Marcus’s and Mr. Hantler’s efforts in 2016, but said that it was unaware of current support being given to the Green Party.

As of this week, Mr. Hawkins was on the ballot in only 28 states,qualifying in Florida, Colorado and Michigan, but not in other states where polls show relatively narrow margins, including Wisconsin, New Hampshire and Georgia.

Mr. Hawkins, a longtime party activist, acknowledged that Republicans had likely tried to help him but dismissed the efforts as irrelevant.

“I’m aware that some of that’s been done, Republicans collecting signatures for Green Party ballot access,” he said in an interview. “I heard about it after the fact. Voters should look at the candidates. These operatives play their games. Myself, I didn’t know they were doing this.”

The efforts on Mr. Hawkins’s behalf span several states. In the Pittsburgh area this summer, numerous signature collectors were brought in from Florida and California to get Mr. Hawkins on the ballot, nominating papers filed in Pennsylvania show. Mr. Hawkins’s campaign manager, Andrea Mérida Cuéllar, said, “We did not contract with any firm directly for petitioning work” in the state, and when told that it appeared that an outside group brought the petitioners in, she did not offer another explanation.

Documents reviewed by The Times, and interviews with people involved in gathering signatures, indicate that the petitioners were brought in by L&R Political Consultants, a Florida-based company run by Larry Laws, who is well known in the ballot petitioning business, two people with knowledge of the effort said. Mr. Laws did not return calls and texts seeking comment.

One of the people said that a Republican consultant named Tim Mooney was also part of the effort. The Dallas Morning News reported in 2010 that Mr. Mooney had worked to get the Green Party access to the ballot in Texas. He and Mr. Laws have a history of working together, and were both reportedly involved in a 2004 effort to get Ralph Nader on the ballot as an independent candidate. Mr. Mooney has been linked more recently to state ballot measures supported by the president.

In a text message, Mr. Mooney denied any involvement.

“Not working for the Greens,” he wrote. “Haven’t collected any candidate signatures for any party this cycle.”

In Wisconsin, a number of Republican lawyers have been aiding attempts by Mr. Hawkins to get on the ballot, and a Republican member of the state elections commission informally advised the Green Party after the commission deadlocked along party lines on the question. Mr. Hawkins’s bid was rejected last week by the Wisconsin Supreme Court. 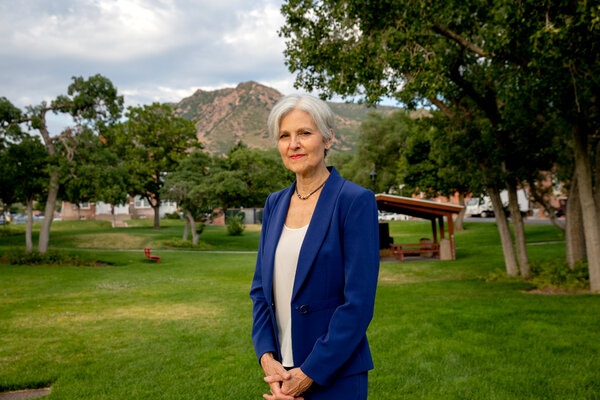 Republicans have also been active on the Greens’ behalf in Montana this year, where they bankrolled a signature-gathering effort to get Green Party candidates on the ballot. In a statement, Spenser Merwin, the executive director of the State Republican Party, said “the Montana Republican Party openly supported efforts to create additional options at the ballot box.”

But state regulators found that the party “failed to accurately report” its funding, and violated state campaign finance law. The Supreme Court recently rejected an effort to keep the candidates on the ballot.

There would seem to be little in common between the Green Party, with its mission to protect the environment, and the G.O.P., with its goals of eliminating environmental regulations. But distrust between the Green Party and Democrats goes back to Mr. Nader, and the role he may or may not have played in tilting the 2000 election in favor of George W. Bush. Mr. Nader won more than 97,000 votes in Florida in a race where less than 600 votes delivered the state to Mr. Bush.

Sometimes Republican aid is done without the Green Party’s knowledge, but sometimes it is overt. Carl Romanelli, the Green Party Senate candidate in Pennsylvania, acknowledged receiving financial support from Republicans to help him get on the ballot in 2006.

In 2010, Mr. Mooney helped organize a successful petition drive to get the Green Party on the ballot in the Texas race for governor, working with a Missouri-based nonprofit called Take Initiative America. Texas Democrats sued, and court documents revealed Take Initiative America received $532,500 in anonymous donations that they refused to reveal at the time. In the same election, Mike Toomey, a former chief of staff to Rick Perry, the Republican governor at the time, was also linked to an effort to help fund a Green Party ballot petition drive, though it never fully materialized.

This year, while the Green Party is already on the ballot at the presidential level in Texas, multiple congressional candidates failed to hisse the required filing fees, and Democrats sued to have them removed. After the conservative-leaning Texas Supreme Court ruled in favor of the Green Party, the State Democratic Party accused the court of taking “actions to benefit their own political party.”

Sometimes the Green Party itself is not only unaware of Republican efforts but has tried to restrain them. In 2009, the party filed a lawsuit in Florida to determine who had arranged for five unknown candidates to appear on the Green Party line.

Ronald G. Meyer, a Florida elections lawyer who handled the case for the party, said they found “that a Republican operative recruited a bunch of college-student-aged people, some waitresses and college kids, and paid their qualifying fees.”

Asked about ballot chicanery, Mr. Hawkins said, “These people plays these games, and they are just hacks for the two parties.”

He tried to distinguish his party, and its years of history and organizing, from Mr. West’s candidacy.

“I tweeted at some point that Kanye West is a Republican dirty trick,” he said. “If Roger Stone didn’t do it, he wished he did,” he added, referring to the longtime political adviser to Mr. Trump, and self-proclaimed master of dirty political tricks. Mr. Stone was convicted of seven felonies in 2019, but his sentence was commuted by the president earlier this year.

Mr. Hawkins has referred to his candidacy as “a second front against Trump,” but said, “I’m not going to shame people for settling for Biden if they’re really concerned about Trump, but I’m not advocating that vote.”

Johnny Depp: 'I'm not mühlet what live shows will be like' after coronavirus 'plague'