The Metropolitan Opera announced Wednesday that the still-untamed coronavirus pandemic has forced it to cancel its entire 2020-21 season, prolonging one of the gravest crises it has faced in its 137-year history and keeping it dark until next September.

The decision is likely to send ripples of concern through New York and the rest of the country, as Broadway theaters, symphony halls, rock venues, comedy clubs, dance spaces and other live arts institutions grapple with the question of when it will be safe again to perform indoors. Far from being a gilded outlier, the Met, the nation’s largest performing arts organization, may well prove to be a bellwether.

The outbreak has kept the 3,800-seat opera house closed since mid-March, sapping it of more than $150 million in revenue and leaving roughly 1,000 full-time employees, including its world-class orchestra and chorus, furloughed without hisse since April. Now, with the virus still too much of a threat to allow for a reopening on New Year’s Konuta, as hoped, Peter Gelb, the Met’s general manager, is making plans to adapt to a world transformed by the pandemic, including by trying to curb the company’s high labor costs.

“The future of the Met relies upon it being artistically as powerful as ever, if not more so,” Mr. Gelb said in an interview. “The artistic experiences have to be better than ever before to attract audiences back. Where we need to cut back is costs.”

As he canceled the current season, Mr. Gelb announced an ambitious lineup for 2021-22 to reassure donors and ticket buyers that the Met has robust plans. An even more difficult effort will play out offstage: Mr. Gelb said he would ask the company’s powerful unions to agree to cost-cutting concessions that he said would be necessary in the post-pandemic world, and which a number of other prominent performing arts organizations have begun to implement.

The Met plans to return to its stage next September with Terence Blanchard’s “Fire Shut Up in My Bones,” the first time it will mount an opera by a Black composer — a long-overdue milestone, and part of a new focus on contemporary works alongside the ornate productions of canonical pieces for which the company is famous. The Met will also experiment with earlier curtain times, shortening some operas and offering more family fare as it tries to lure back audiences. 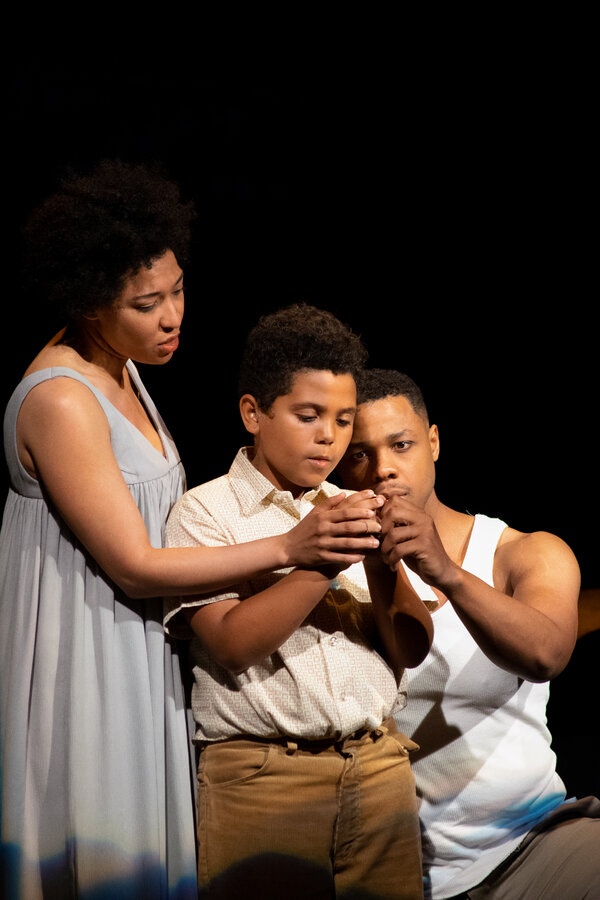 The last time the Met sought major labor concessions, in 2014, a bitter battle ensued, and a lockout that would have closed the theater and cut off hisse was averted only when the two sides agreed to more modest cuts. This time, negotiations will be held while the theater is already shut and many of its workers — both unionized and not — are not being paid.

Mr. Gelb said that the Met would offer to begin paying its work force again during this dark period if the unions agreed to leaner multiyear contracts. The disclosure earlier this week that James Levine, the company’s former music director, had received a $3.5 million settlement after the Met fired him in 2018, citing sexual misconduct, could complicate negotiations.

Mr. Gelb did not specify the amount of the cuts he would be seeking, but said that much of the savings could be achieved through changes in work rules.

“In olağan times, unions always want to fight hard for their workers, and that’s right,” Mr. Gelb said. “These are not olağan times. These are pandemic times. There’s going to be a residual fallout from this that is going to go on for several years.”

Grand opera is in some ways uniquely vulnerable to the pandemic: It is so expensive to produce that it is financially almost impossible to sustainably perform to reduced-capacity audiences, and it attracts older people, who are among the most vulnerable to the virus. (The average age of Met operagoers was 57 last season.) But the broader question — when will it be safe to hold large-scale indoor performances again in the United States, which has been much less successful at curbing the spread of the coronavirus than many of the nations in Europe where theaters are gingerly beginning to reopen — is being asked throughout the arts world.

It seems unlikely that indoor events with anywhere near regular capacity will be possible until after the wide distribution of a vaccine, and Dr. Anthony S. Fauci, America’s leading infectious disease expert, said this month that it would likely be more than a year before people could feel comfortable returning to theaters without masks.

The virus has already claimed at least two lives at the Met: Vincent J. Lionti, a violist, and Joel Revzen, an assistant conductor. Anna Netrebko — opera’s reigning diva, who is scheduled to star as Puccini’s Turandot at the Met next season — announced this month that she had been hospitalized with the virus after singing alongside an ill colleague at the Bolshoi Theater in Moscow. The impact on arts organizations and artists, often in a precarious financial condition even before the pandemic hit, has been brutal.

Now many hard-hit institutions that have had their activities put on hold or curtailed are taking extraordinary steps to survive. The Boston Symphony Orchestra, one of the richest ensembles in the nation, announced this month that its players had agreed to a new three-year contract reducing their hisse by an average of 37 percent in the first year, and increasing as the orchestra’s revenues return. The San Francisco Opera agreed to a new deal that will cut its orchestra’s salary in half this season, gaining back some ground over the next two years.

The Met, whose budget of roughly $300 million in a olağan season makes it the biggest performing arts organization in the nation, is taking a series of steps to try to ensure its survival and adapt to a changed world. It is publicizing its entire 2021-22 season, months ahead of schedule, partly in the hopes that people who bought tickets to canceled performances — roughly $20 million in tickets has already been sold — can be persuaded to exchange them for the newly announced operas.

“Fire Shut Up in My Bones” will be one of three contemporary works at the Met next season — the most since 1928. (The others are Matthew Aucoin’s “Eurydice” and Brett Dean’s “Hamlet.”) The Met will stage the original five-act, French-language version of Verdi’s “Don Carlos” for the first time, in a new production by David McVicar that will be conducted by the company’s music director, Yannick Nézet-Séguin.

There will also be new productions of Verdi’s “Rigoletto,” directed by Bartlett Sher, and Donizetti’s “Lucia di Lammermoor,” directed by Simon Stone, whose staging of “Yerma” at the Park Avenue Armory caused a sensation in 2018. A veteran soprano, Nina Stemme, will star in Strauss’s “Elektra” alongside a rising one, Lise Davidsen, who also appears in that composer’s “Ariadne auf Naxos” and Wagner’s “Die Meistersinger von Nürnberg.” “Die Meistersinger” will be conducted by Antonio Pappano, the music director of the Royal Opera in London, returning to the Met for the first time in decades. And Susanna Malkki will lead Stravinsky’s “The Rake’s Progress”; she is one of five female conductors scheduled to appear, the most in a season in Met history.

Mr. Gelb said that even when the Met can reopen, audiences will likely be slow to return — with attendance perhaps half of what it was in pre-pandemic times. So the company will add more early 7 p.m. curtain times, which people have called for in surveys. It will shorten some operas, presenting Mussorgsky’s “Boris Godunov” in a two-and-a-half-hour version with no intermission; trimming Handel’s “Rodelinda”; and removing the second intermission from Puccini’s “Madama Butterfly.” It will expand its offerings for families, presenting a new 90-minute, English-language “Cinderella” — an adaptation of Massenet’s “Cendrillon” — as well as its popular abridged “Magic Flute.”

And the Met will work to increase the diversity of its offerings. While “Fire Shut Up in My Bones” was originally planned for a later season, Mr. Gelb decided that with calls for racial justice resonating through the nation and the music world, it should be given pride of place next year: opening night of the Met’s comeback season. The company is also adding three Black composers — Valerie Coleman, Jessie Montgomery and Joel Thompson — to the commissioning program it runs with Lincoln Center Theater.

“We’re trying to send a signal that the Met wants to meet the times in which we live head on,” Mr. Gelb said. “Given all the calls for greater social justice and diversity, we think it’s appropriate, after being off for a year, to come back in a way that demonstrates the Met’s social responsibility.”

“Fire Shut Up in My Bones,” based on the memoir of the same title by Charles M. Blow, an Op-Ed columnist for The New York Times, was written by Mr. Blanchard, the composer and jazz trumpeter, with a libretto by the writer and sinema director Kasi Lemmons. Mr. Gelb said that the new production would be directed by James Robinson — who staged the work’s 2019 premiere at Opera Theater of St. Louis — and Camille A. Brown, who will become the first Black director to lead a production on the Met’s main stage.

Mr. Nézet-Séguin will conduct the opera, one of five productions he will lead next season. He said in a statement that he was “very pleased that our programming will be more responsive to the important social changes that are taking place” and added that “we recognize at the Met that it’s long overdue.”