WASHINGTON — Four years ago, when Russian intelligence agencies engaged in a systematic attempt to influence the American presidential election, the disinformation they fed American voters required some real imagination at the troll farms producing the ads.

There was the exaggerated Texas secession movement, a famous isim in which Satan arm-wrestles Jesus while declaring, “If I win, Clinton wins,” and an effort to recruit protesters and counterprotesters to the same, invented rally over the rapid spread of Islamic influence in the United States.

This year, their task is much easier. They are largely amplifying misleading statements from President Trump, mostly about the dangers of mail-in ballots.

In interviews, a range of officials and private analysts said that Mr. Trump was feeding many of the disinformation campaigns they were struggling to halt. And rather than travel the back roads of America searching for divisive issues — as three Russians from the Internet Research Agency did in 2016 — they are staying home, grabbing screenshots of Mr. Trump’s Twitter posts, or quoting his misleading statements and then amplifying those messages.

That campaign is at the heart of the disinformation efforts that the F.B.I. director, Christopher A. Wray, warned Congress last week was meant “to both sow divisiveness and discord” and “to denigrate” former Vice President Joseph R. Biden Jr., the Democratic nominee. Mr. Trump chastised him for his comments on Twitter.

“But Chris, you don’t see any activity from China, even though it is a FAR greater threat than Russia, Russia, Russia,” he said. He went on to repeat the kind of statements the Russians have been exploiting, writing that the two countries would take advantage of “our totally vulnerable Unsolicited (Counterfeit?) Ballot Scam.”

The F.B.I. and the Department of Homeland Security on Tuesday again warned of the risk of interference in the election, this time by foreigners aiming to exploit the time it will take to sort through mail-in ballots. During that time, the agencies said, hackers could amplify “disinformation that includes reports of voter suppression, cyberattacks targeting election infrastructure, voter or ballot fraud and other problems intended to convince the public of the elections’ illegitimacy.”

The warning made no mention that the president had recently listed several of those techniques as likely to plague the vote.

Multiple U.S. officials with access to the intelligence have said Mr. Trump has been doing the job of the Russian propagandists for them. Mr. Biden’s national security adviser when he was vice president, Antony J. Blinken, charged at a U.S. Chamber of Commerce forum on Tuesday that as a “leading consumer and purveyor of conspiracy theories,” Mr. Trump “seems to have suited up for the other side.”

Clint Watts, a former F.B.I. special agent and a fellow at the Foreign Policy Research Institute, said his review of the disinformation traffic showed that “the Russians in 2016 had to make false news stories or manipulated truths to power their narratives.”

“This time they’re not writing anything that’s not already said in U.S. space,” often by Mr. Trump himself, Mr. Watts added. “They must be flabbergasted and saying, ‘We really don’t need to work hard this time.’”

Much of the Russian traffic echoes Mr. Trump’s effort to establish an argument for rejecting the election results if he loses in states that are mailing ballots to all voters for the first time. But of the states doing so for the first time this election, only Nevada is seriously in contention.

No sooner did Mr. Trump begin to contend that the system was ridden with fraud than Russian trolls, bots and news sites joined in. In late May, the state-backed Russian website RT was quick to publish an article claiming that such ballots “are the easiest route to a RIGGED ELECTION.”

By early August, the Strategic Culture Foundation — an online journal that the State Department declared recently “is directed by Russian Foreign Intelligence Service” — had picked up on the same theme, according to analysts at Recorded Future, a group based in Somerville, Mass., that analyzes cyberactivity by foreign governments.

An article appearing on the Strategic Culture website concludes: “President Trump has several times claimed that the expected surge in mail-in voting could result in ‘the most corrupt vote in our nation’s history.’ Trump is often wrong when he speaks or tweets spontaneously, but this time he just might be right.”

And this month, the Russian government news site, Sputnik, published an article headlined, “Trump Again Claims Biden May Be Using Drugs to Enhance His Debate Performances,” repeating comments the president made on Fox News. That piece was republished by the right-wing website Infowars, disseminating it more widely in the United States, and readers shared it on social media. That allowed the article to spread without running the risk that it would be removed because it was an “inauthentic” post by a Russian troll in St. Petersburg pretending to be American.

The Russia proxy website Newsfront went further, reporting “confirmation of rumors about Biden’s incapacity.” It is the exact type of disinformation a homeland security intelligence bulletin warned Russian actors have amplified “because they judge this narrative will resonate with some American voters and reduce their confidence in him as a candidate.” 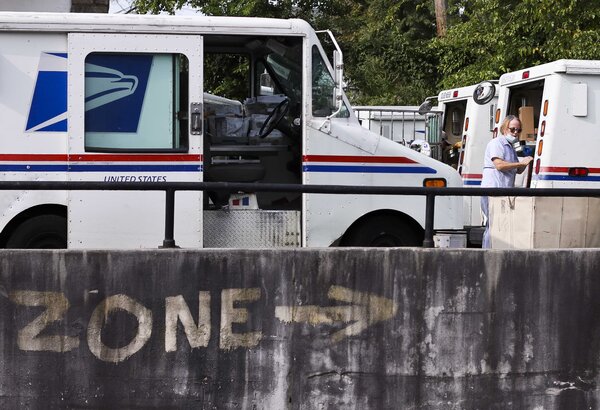 Feeding the Russian desire to discredit the election system was also what the Republican-led Senate Intelligence Committee warned against in its report on how Moscow tried to manipulate the 2016 election.

“Sitting officials and candidates should use the absolute greatest amount of restraint and caution if they are considering calling the validity of an upcoming election into question,” the committee concluded, without dissent from its Republican majority. “Such a grave allegation can have significant national security and electoral consequences, including limiting the response options of the appropriate authorities, and exacerbating the already damaging messaging efforts of foreign intelligence services.”

Now, his own bureaucracy finds itself stuck between their intelligence findings and an angry president. The day before Mr. Trump scolded his F.B.I. director on Twitter, General Paul M. Nakasone, the director of the National Security Agency and commander of United States Cyber Command, warned of the dangers of Russian disinformation — which his agency has pledged to counter.

General Nakasone has vowed to take steps to knock such disinformation offline, as he did in the 2018 midterm elections, when Cyber Command attacked the Internet Research Agency, the digital propaganda shop that operates from St. Petersburg, disabling its systems for a number of days. One veteran of Cyber Command noted that the general’s mission in the next six weeks may involve taking down Russian posts that are quoting his boss.

Intelligence officials, for their part, are battling an effort by Mr. Trump and his top advisers to cast China and Iran as equal threats to the election, which runs counter to their intelligence.

A homeland security official, Brian Murphy, said in a whistle-blower complaint that the leadership of the Department of Homeland Security, including the agency’s acting secretary Chad F. Wolf, blocked the release of a threat assessment that contained warnings of Russian interference because of how it “would reflect upon President Trump.”

The senior officials instead directed analysts to highlight threats posed by China and Iran, which have generally targeted Mr. Trump, according to Mr. Murphy. While both are threats, officials say, their operations are neither as extensive nor as sophisticated as the Russians. They are longer-term concerns, though Mr. Trump’s national security adviser, Robert C. O’Brien, has sought to portray them on equal footing with Moscow.

Former officials say they are concerned that such contradictory assessments play into Russia’s hands. “If the adversary’s goal is to undermine confidence in the legitimacy of the process, then it’s incredibly important we have voices to counter that objective,” said Suzanne Spaulding, a former under secretary for cybersecurity and critical infrastructure at the Department of Homeland Security. “And if the credibility of those voices has been undermined, then it makes the adversary’s jobs that much easier.” 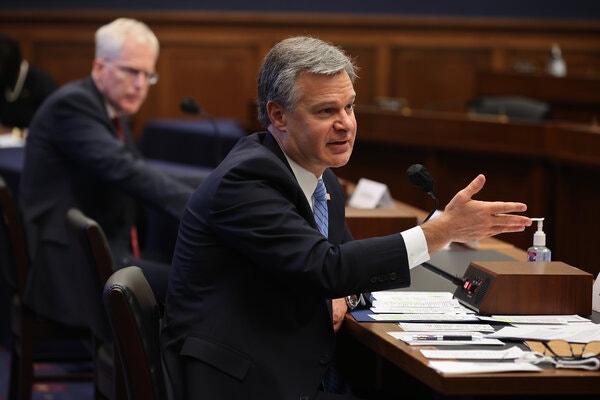 In a draft of the assessment from August, homeland security analysts wrote: “Russia probably will be the primary covert influence actor and purveyor of disinformation and misinformation within the homeland.”

They continued, “We assess that Moscow’s primary objective is to increase its küresel standing and influence by weakening America — domestically and abroad — through efforts to sow discord, distract, shape public sentiment and undermine trust in Western democratic institutions and processes.”

Mr. Murphy said he learned in September that Mr. Wolf had ordered new drafts to be redesigned by his policy office. Mr. Wolf’s department has now said it will be released on Oct. 1. The Department of Homeland Security has rejected Mr. Murphy’s allegations.

Harry Fones, a spokesman for the Department of Homeland Security, said the agency had tracked a growing threat from Russia, China and Iran.

“As a department it is our duty to defend our nation and critical infrastructure like elections from all threats, not just the one the news is focusing on,” he said.