Last October, to kick off her 20th year as a vendor at the North Carolina State Fair, Felicia Turrentine-Daniel unveiled the Chickenator: a cinnamon roll sliced like a hamburger bun to hold a deep-fried chicken breast, bacon, pepper Jack cheese and a drizzle of honeyed Sriracha.

“We make mühlet that we bring in something new and big every year,” said Ms. Turrentine-Daniel, who runs the booth Chef’s D’Lites. She met her husband, Jason Daniel, while they both worked in a grocery store, “and we would literally walk up and down the aisles and find different things to put in the fryer, to see what came out.” 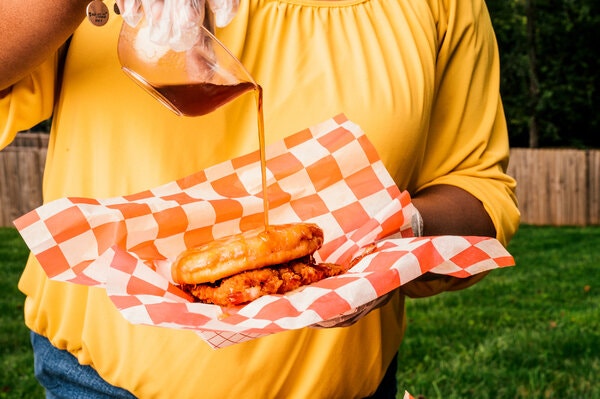 On July 29, when North Carolina’s became the 35th state fair to be canceled or severely curtailed, her friends, family and regular customers called and emailed: Was she OK? And oh, by the way, was there any chance they could still order a deep-fried Cuban roll, or those fried banana pudding bites? 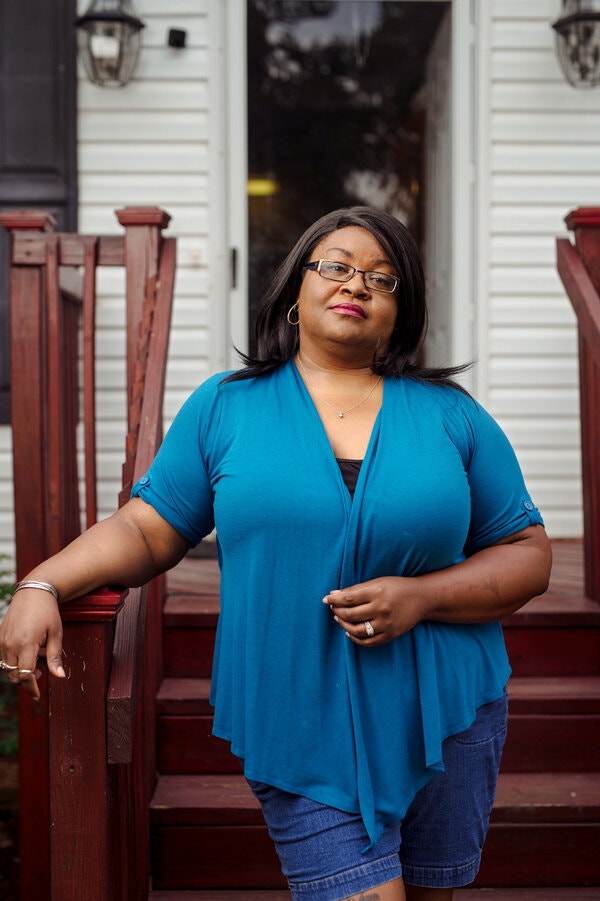 On the Facebook page for Chef’s D’Lites, Ms. Turrentine-Daniel, 42, now accepts direct-message orders for dishes she can fry, freeze and ship, including the Cuban rolls and her deep-fried macaroni and cheese, with instructions on how to finish the dish in the oven, microwave or deep fryer. Chickenators don’t ship well, but she has delivered them fresh to customers who live within a 30-minute drive of her home in Greensboro.

“Just meet me halfway, and we’ll work it out,” she said.

Across the country, concessionaires are going to great lengths, from organizing drive-throughs to buying delivery trucks, to keep the fair-food pipeline intact as state fairs continue to be called off — so far, in 36 states and the District of Columbia — many for the first time since World War II. And fair regulars, the people who can tell you definitively which of eight near-identical cheese curd trailers is the best, or who keep annually updated checklists of foods on a stick, are coming out to support their favorite vendors.

Lori Lexvold has attended the Minnesota State Fair, in a Twin Cities suburb, every summer for 53 of her 58 years. When it was called off in late May, “I thought, what in the world is going to happen to all these vendors?” she said. “This is their livelihood.”

She heard that some were setting up where they could find space: church lawns, mall parking lots, outside a Harley-Davidson dealership.

“I got on Facebook one morning and I created a group,” said Ms. Lexvold, who lives in Forest Lake, about a half-hour drive from the fairgrounds. “I invited about 100 of my friends. I just said, ‘Hey, if you see any food stands around, post it to this page, so we can all go.’”

The group, Fair Food Finder, now has nearly 179,000 members, a Google map of 139 Minnesota vendors and a phone app created by an enthusiastic fan.

“It was crazy,” Ms. Lexvold said of a time this summer when she was getting 10,000 requests a day from strangers wanting to join, and phone calls from vendors asking how to post on the page. “I thought, how in the dickens are you finding my phone number?”

Ms. Lexvold found her fair-food fix at the Anoka County Fairgrounds outside Minneapolis, where three vendors had parked. They were in the big, traditional state-fair trailers, Ms. Lexvold said, with Hollywood bulbs and colorful flags, selling not just fries, but also ice cream, cheese curds and mini-doughnuts, fresh from the fryer.

“People pulled chairs out of the back of their cars, and sat there and had a little picnic,” she said. “I thought, this is what it’s all about.”

(State Fair To Go, a new business based in Minnetonka, Minn., ships boxes of Minnesota State Fair food within the continental United States. Each box costs $59.95 — with free shipping within the state — and contains six fair staples, including Elliott’s Up North corn dogs, Rosie’s French fries and Sweet Martha’s cookies. This week, the company began selling a $64.95 box of foods from the State Fair of Texas.) 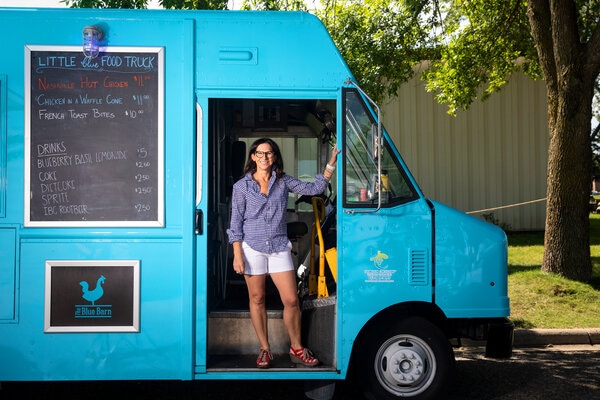 Stephanie Shimp couldn’t exactly tow around the Blue Barn, a fixture of the Minnesota State Fair — it’s a full-size barn that stands on the grounds year-round. In June, she took out a loan to buy and revamp a decommissioned grocery delivery truck. She held her first event, in a brewery parking lot, just one day after taking possession of the truck, and sold out of food in four hours. “It was kind of chaos,” said Ms. Shimp, 49.

The Little Blue Food Truck now travels Minnesota selling the Blue Barn’s greatest hits. To make Nashville-style hot chicken on a stick, Ms. Shimp brines tenders in buttermilk spiced with cayenne, paprika and cumin, rolls the meat in cornflakes and deep-fries it, then serves it with pickles and a slice of white bread. Chicken in a waffle cone is Instagram catnip: a quilted cone layered with tenders and sausage gravy, sprinkled with chopped parsley and stabbed with a fork. 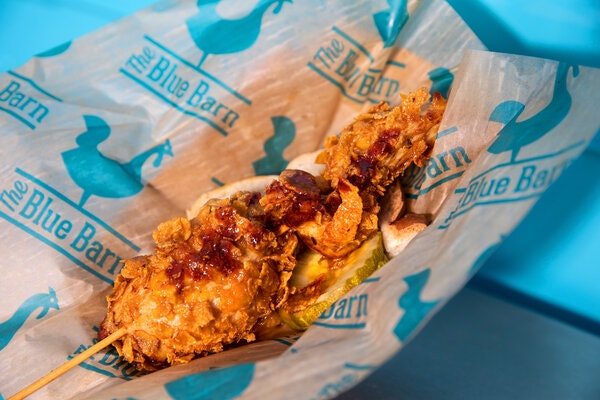 Minnesotans who miss the fair have messaged Ms. Shimp to ask if she’ll park in their driveways. Corey Mathisen organized a party with the truck in early August. Dozens of neighbors came to his front yard in Rosemount to buy Blue Barn food, with the request that “people remember social distancing and wear masks,” said Mr. Mathisen, 35.

(He also invited a group of children to raise money at the event: Neighbors could buy friendship bracelets from Kamryn & Friends: Bracelets for Unity and Justice, which has collected more than $70,000 for food-relief drives and Minneapolis-area businesses, many of them Black-owned, that were damaged during the unrest after the killing of George Floyd.)

In Des Moines, Brenda Smith Parish of Brenda Smith Concessions arrives at her Crazy Taters trailer at 8 a.m. every Friday to chop tomatoes for gyros and make sugar water for her state-fair lemonade. By 10:30, cars are lined up in the drive-through she has created behind her parents’ catering business.

In April, faced with the prospect of a fair-less summer, Ms. Smith Parish set up with just corn dogs and lemonade, sent out a social-media blast and hoped people would come. “And, I mean, they came,” she said. She expanded the menu to 20 or so items and created a website, FairFoodFridays.com, to take preorders through Shopify.

Now, 500 to 600 cars show up each week for food from Crazy Taters and her parents’ stands, All American Grill and Turkey Time. An acoustic guitarist plays on a flatbed trailer as drivers roll down their windows to accept handoffs of pickle dogs, turkey legs and deep-fried Oreos.

“I started this thinking, if I could just make my rent and my car payment, I’m good with that,” said Ms. Smith Parish, 46. “I didn’t expect this.” She has made nearly as much money as she would have in her typical season at the Iowa State Fair, Tulsa State Fair and Des Moines Downtown Farmers’ Market, all of which were canceled, though the Farmers’ Market started its own drive-through in early August.

Many vendors aren’t doing as well. Russell Goetze and his two brothers usually tow all five soft-serve trailers for Goertze’s Dairy Kone (their father added the “r” when he founded the business in 1967, to help customers pronounce the name) to six state fairs a year, mostly along the East Coast.

This year, Russell Goetze, 58, has been able to park one Dairy Kone trailer and his sausage stand, Lenny’s, at the Howard County Fairgrounds in West Friendship, Md., selling cones, shakes, corn dogs and sausage sandwiches, but is making barely enough to cover basic bills. “It’s a very trying time,” he said.

The Dallas chef Abel Gonzales said he usually earns 80 percent of his annual revenue in just 24 days in September and October, selling deep-fried foods at the State Fair of Texas. His signature is deep-fried butter: Wrap bread dough around a slab of butter, freeze it and fry it. The dough crisps and the butter liquefies.

Mr. Gonzales is offering a few fair-food items, including fried peanut butter, jelly and banana sandwiches, at Cocina Italiano, his restaurant in the city, but he knows the math won’t add up. Last year, the State Fair of Texas pulled in 2.5 million visitors. 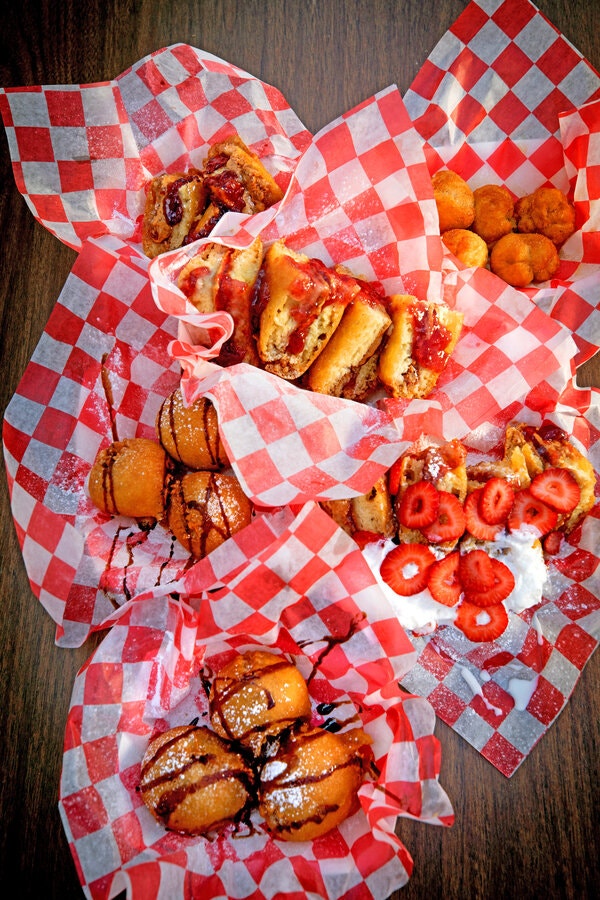 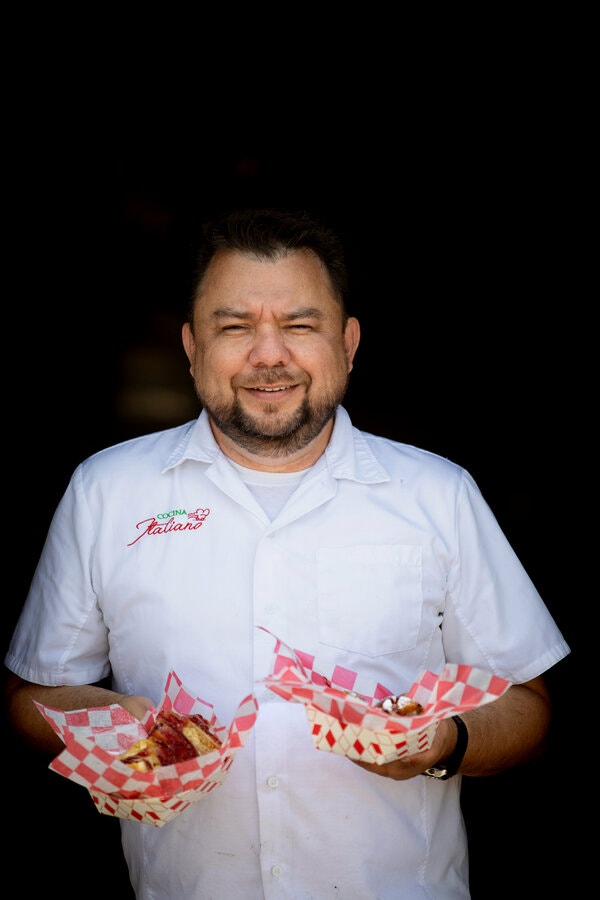 “I’m not going to make those numbers,” he said. “But I have a very strong support system, and I have a restaurant. I’m thinking about the people that depend on the fair, everybody from my crew to the guys who run the rides. Just the ripple effect of the fair not happening. It’s heartbreaking.”

Some fairs are organizing events for vendors. The Wisconsin State Fair’s Fair Food Drive-Thru, which ran weekends through Aug. 16, invited customers to drive around the Milwaukee Mile, the city’s 144-year-old racetrack, to order from 14 vendors, like Mille’s Italian Sausage, Kora’s Cookie Dough and Original Cream Puffs. The towering cream puffs have been a fixture at the fair since 1924.

Amalia Hetzer, of Cudahy, Wis., usually runs the Cream Puff 5K race, 3.1 miles around the fairgrounds with the promise of a cream puff at the finish line. “The cream is that buttery, not super-sweet cream,” she said. “It’s just so good.”

This year, Ms. Hetzer, 35, completed the virtual race: She paid $33 to run, then received three cream puffs at a curbside pickup location. Because her mother also ran the race, they got six, which they ate with family at a park.

Sharing, after all, is part of the fair spirit — as an industry group called Oregon Dairy Women can attest. 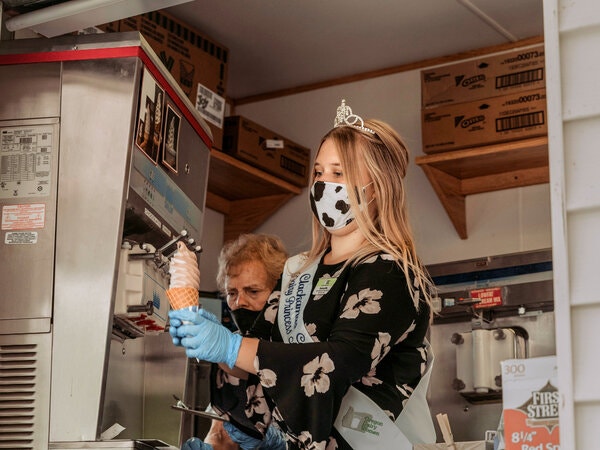 When the organization took its state-fair soft-serve on the road in July and August, “one woman ordered 17 milkshakes” for her office, said Becky Heimerl, 39, the group’s president. “She had a cardboard box in her car, ready to go.”

The word that customers kept bringing up, Ms. Heimerl said, was “normal”: “Oh, finally something that feels olağan about the summer.”