WASHINGTON — A deal intended to address the Trump administration’s concerns about TikTok’s ties to China was complicated on Monday by a disagreement over whether a U.S. company would control the social media app and the president’s threat to block any agreement that leaves the service in the hands of a Chinese company.

On Saturday, Mr. Trump said he had given his “blessing” to a transaction that he said would result in non-Chinese investors, including Oracle and Walmart, owning TikTok.

But ByteDance, the Chinese owner of TikTok, threw cold water on that structure on Sunday, disputing both Oracle’s and Mr. Trump’s characterization of the deal. ByteDance said it would hold a majority share of the new company until it went public within the next year. Oracle said on Monday that as soon as the new company, TikTok Küresel, was created, ByteDance would lose its ownership stake in the service.

Asked during a television appearance on “Fox & Friends” on Monday about the potential that ByteDance would still own 80 percent of the service, Mr. Trump said that the Chinese firm would “have nothing to do with it, and if they do, we just won’t make the deal.”

Mr. Trump said Oracle would have control over TikTok, adding, “If we find that they don’t have total control, then we’re not going to approve the deal.”

The back and forth underscores how fluid the transaction remains and the risk that TikTok could still fail to satisfy the government’s national security concerns. On Saturday, the Commerce Department delayed for one week a plan to ban TikTok from U.S. app stores while the government reviewed the transaction. If the deal doesn’t satisfy Mr. Trump’s concerns, new downloads of TikTok could essentially be banned in the United States.

China could also scuttle the deal, which has become the latest front in a larger battle over whether the United States or China will control the internet. 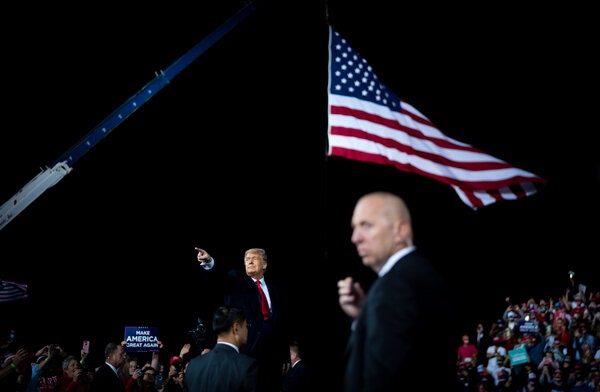 A spokesman for TikTok said on Sunday that ByteDance would hold 80 percent of the new company until a planned public offering for the service took place on the U.S. stock market in about a year. Oracle and Walmart would hold a 20 percent stake, the spokesman said. ByteDance echoed that characterization in a statement posted online in China on Sunday, where it said that the deal did not involve a transfer of TikTok’s valuable algorithm — a detail that is likely to fuel the administration’s national security concerns.

Oracle disputed part of TikTok’s description of the deal. On Monday, Ken Glueck, an executive at the company, said in a statement that upon “creation of TikTok Küresel, Oracle/Walmart will make their investment and the TikTok Küresel shares will be distributed to their owners, Americans will be the majority and ByteDance will have no ownership in TikTok Küresel.”

Under the terms of the proposed deal, ByteDance’s stake in the newly created TikTok Küresel would be handed out to the company’s current backers — which includes prominent American investors. As a result, the transaction would eventually lead to the app becoming majority-owned by American investors, according to a person with knowledge of the talks. Zhang Yiming, ByteDance’s founder and a major shareholder in his company, would retain a significant stake in TikTok.

That shift in ownership would be completed by the time of TikTok’s planned listing on an American stock exchange, meant to take place within 12 months. The parties have tried to mollify concerns about control by telling Trump administration officials that the changeover would happen eventually, said a person with knowledge of the talks.

The new deal could also run afoul of Chinese officials, who have expressed concerns about handing over to the United States one of their most successful technology exports.

On Monday, Hu Xijin, the editor of the Chinese state-run publication Küresel Times, posted on Twitter that the deal could face opposition from Beijing. “Based on what I know, Beijing won’t approve current agreement between ByteDance, TikTok’s parent company, and Oracle, Walmart, because the agreement would endanger China’s national security, interests and dignity,” Mr. Hu wrote. 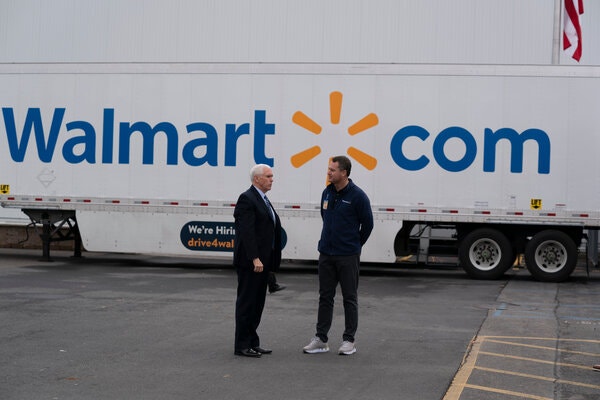 The Chinese government released new regulations last month that appeared to make it difficult for TikTok to sell its core technology without a license, raising the prospect Beijing could move to block a deal. According to ByteDance, however, the deal would not involve the sale of TikTok’s valuable algorithm; instead, Oracle would merely be able to monitor the source code for security purposes.

In the proposed deal, TikTok’s board would be largely composed of ByteDance’s existing directors, according to the person with knowledge of the talks. Four of the five members of the board of directors would be American, people familiar with the matter said.

The only non-American director would be Mr. Zhang of ByteDance. Douglas McMillon, Walmart’s chief executive, would join the board, as would representatives from three ByteDance investors: William Ford of the investment firm General Atlantic; Arthur Dantchik of Susquehanna Financial; and Douglas Leone of Sequoia.

Ellen DeGeneres Returns to Show With Apology for Toxic Workplace