PARIS — Early one afternoon in June, the Congolese activist Mwazulu Diyabanza walked into the Quai Branly Museum, the riverfront institution that houses treasures from France’s former colonies, and bought a ticket. Together with four associates, he wandered around the Paris museum’s African collections, reading the labels and admiring the treasures on show.

Yet what started as a standard museum outing soon escalated into a raucous demonstration as Mr. Diyabanza began denouncing colonial-era cultural theft while a member of his group filmed the speech and live-streamed it via Facebook. With another group member’s help, he then forcefully removed a slender 19th-century wooden funerary post, from a region that is now in Chad or Sudan, and headed for the exit. Museum guards stopped him before he could leave.

The next month, in the southern French city of Marseille, Mr. Diyabanza seized an artifact from the Museum of African, Oceanic and Native American Arts in another live-streamed protest, before being halted by security. And earlier this month, in a third action that was also broadcast on Facebook, he and other activists took a Congolese funeral statue from the Afrika Museum in Berg en Kol, the Netherlands, before guards stopped him again.

Now, Mr. Diyabanza, the spokesman for a Pan-African movement that seeks reparations for colonialism, slavery and cultural expropriation, is set to stand trial in Paris on Sept. 30. Along with the four associates from the Quai Branly action, he will face a charge of attempted theft, in a case that is also likely to put France on the stand for its colonial track record and for holding so much of sub-Saharan Africa’s cultural heritage — 90,000 or so objects — in its museums.

“The fact that I had to hisse my own money to see what had been taken by force, this heritage that belonged back home where I come from — that’s when the decision was made to take action,” said Mr. Diyabanza in an interview in Paris this month.

Describing the Quai Branly as “a museum that contains stolen objects,” he added, “There is no ban on an owner taking back his property the moment he comes across it.” 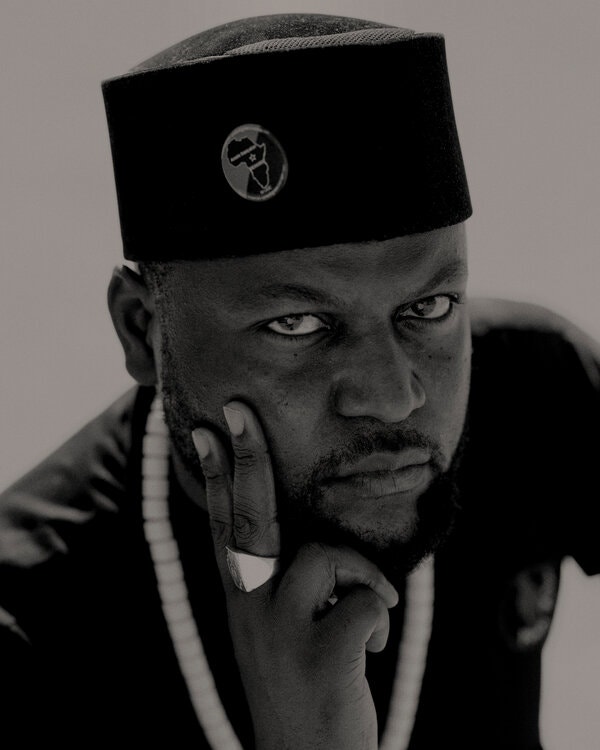 President Emmanuel Macron pledged in 2017 to give back much of Africa’s heritage held by France’s museums, and commissioned two academics to draw up a report on how to do it.

The 2018 report, by Bénédicte Savoy and Felwine Sarr, said any artifacts removed from sub-Saharan Africa in colonial times should be permanently returned if they were “taken by force, or presumed to be acquired through inequitable conditions,” and if their countries of origin asked for them.

Only 27 restitutions have been announced so far, and just one object has been returned.

The Quai Branly funerary post, according to its museum label, was a gift from a French doctor and explorer who went on ethnological missions around Africa. But to Mr. Diyabanza and his associates, the museum’s contents are all the products of expropriation. As he said in the live-streamed speech before seizing the item, he had “come to claim back the stolen property of Africa, property that was stolen under colonialism.”

Mr. Diyabanza, who faces a separate trial in Marseille in November, said in the interview that fury had led him to remove the object in a spontaneous and unpremeditated act, and that he had chosen the post because it was “easily accessible” and not bolted in place.

“Anywhere that our artworks and heritage are locked up, we will go and get them,” he added.

Mr. Diyabanza is not alone in staging museum actions. On Friday, a London court found Isaiah Ogundele, 34, guilty on a harassment charge over a protest in a slavery-related gallery at the Museum of London. According to a statement from the museum, the demonstration took place in January in front of four African works on loan from the British Museum.

The worry among museum administrators and cultural officials is that such actions will multiply, wreak havoc inside museums and scuttle restitution talks between Europe and Africa.

Dan Hicks, a professor of contemporary archaeology at Oxford University and curator at the university’s Pitt Rivers Museum, which has extensive colonial-era holdings, described Mr. Diyabanza’s intervention at the Quai Branly as “a visual protest,” tailored for social media, that involved a role reversal: a cultural object was being seized in Europe on behalf of people in Africa. He said the episode was “about objects in museums and how we feel about them” and raised questions about “culture, race, historic violence, history and memory.”

“When it comes to the point that our audience feels the need to protest, then we’re probably doing something wrong,” he added. “We need to open our doors to conversations when our displays have hurt or upset people.”

The funerary post was absent on a recent visit to the Quai Branly museum. A spokesman for the museum declined to answer questions about its condition and location, but a guard said that it was being restored. The only traces of it were a few holes on the display platform, where it normally stands.

The Quai Branly spokesman said that the museum strongly condemned the June action. It was a civil party in the case and would be represented at the Sept. 30 hearing, he added.

In court, Mr. Diyabanza and his four associates will be defended by three lawyers.

“We are going to put slavery and colonialism on trial on Sept. 30,” said one of the lawyers, Calvin Job. “We are leading a legitimate battle against unjust accusations.”

The French state has “objects in its collections that are the product of theft,” Mr. Job added. “If there are any thieves in this case, they’re not on this side of the bar, they’re on the other side.”

Hakim Chergui, another of the lawyers, said that Mr. Diyabanza’s action should not be viewed as an attempted theft but as a political statement. He was confident the defendants would be acquitted, because France did not prosecute people on political grounds, he said.

“We’re not talking about a bunch of swindlers who wanted to steal a statue to resell it,” he said. “These are clearly people who have a political message and who, through a militant act, want to engage with public opinion.”

He explained that the defense team would use the precedent of a member of the protest group Femen who was acquitted on a charge of sexual exhibition after she bared her chest in a wax museum and attacked a statue of President Vladimir V. Putin of Russia. An appeal court ruled her behavior a political protest. 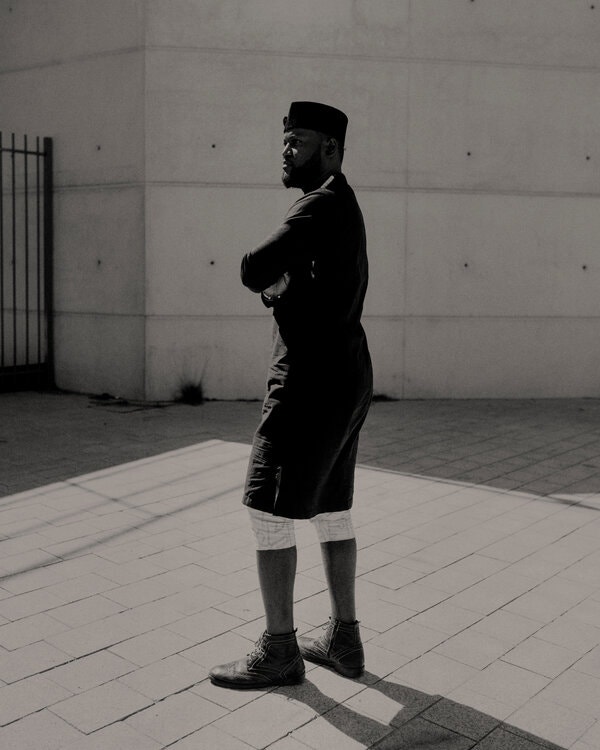 The interview with Mr. Diyabanza and the lawyers took place at an outdoor cafe near the Rosa Parks subway station in the north of the French capital. Mr. Diyabanza wore an ivory necklace, a black beret and a map of Africa pin.

As a teenager in what was then Zaire, he said, his mother told him that, sometime in the 19th century, European colonizers seized three important objects — a sculpted cane, a leopard skin and a bracelet — from his great-grandfather, a provincial governor in Congo who had received the objects as symbols of power and authority from the country’s king.

“This heritage was savagely snatched away,” Mr. Diyabanza said. “The story I heard from my mother shaped my thinking, and it gave me a strong desire to see this heritage make its way back home one day.”

As he spoke, a cyclist riding by recognized him from social media videos, and stopped to talk. “We follow you, we support your ideas, and we encourage you a lot, but be careful,” said the cyclist, Abdel Adekambi, a French math student of Nigerian-Beninese descent.

“In principle, you are completely right about the museum,” Mr. Adekambi said. “But in practice, that’s not the way to go. You should use the law to be heard. Otherwise, this might give a bad image of us, and no one will listen.”