That’s what Prime Minister Justin Trudeau promised last month, after announcing that he was suspending Parliament as an ethics scandal involving his government and his family was exploding.

He promised to present the country with an ambitious recovery plan from the coronavirus, and the economic devastation it has unleashed, saying, “This is our moment to change the future for the better.”

On Wednesday, he will finally reveal his much-anticipated legislative plan — and as much as it is an effort to reset the nation, it’s also an opportunity for Mr. Trudeau to reset his political fortunes.

Mr. Trudeau is grappling with high unemployment, a soaring budget shortfall and an uncertain future for many of Canada’s businesses. Coronavirus infection rates have begun rising again — as well as fears that a second wave of the pandemic has begun.

Some provinces have revived restrictions, leading to worries about even more economic woes. Lofty — and expensive — long-term goals may be less palatable.

Kathy L. Brock, a professor in the policy studies department at Queen’s University in Kingston, Ontario, said the prime minister must offer more than platitudes.

“Mr. Trudeau has to have a plan or proposal that says to Canadians: ‘We have a sense of where we are going, we aren’t just reacting now,’ ” she said. 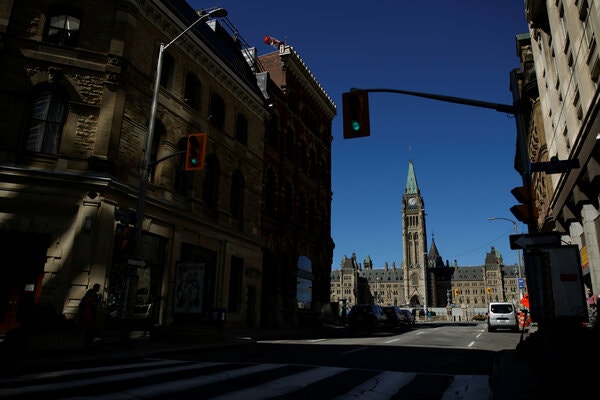 Looming over Mr. Trudeau’s proposal is his latest ethics scandal, the decision to award WE Charity — which had paid Mr. Trudeau’s mother and brother to speak at events — a multimillion-dollar contract to administer a summer program for students.

The contract was ultimately abandoned and the charity recently announced that it was shutting down operations in Canada.

But the episode followed last year’s bruising of Mr. Trudeau’s image in the run-up to his re-election, including the SNC-Lavalin controversy over efforts by his office to downgrade criminal charges against a major engineering company, and revelations about the prime minister’s wearing of blackface and brownface in the past.

“For people who are suspicious of, or not particularly thrilled by, Justin Trudeau this whole thing only cements what they thought,” said Lori Turnbull, the director of the school of public administration at Dalhousie University in Halifax, Nova Scotia. Polls show Mr. Trudeau’s Liberal party suffered short-term damage from the episode

At the same time, she said, Mr. Trudeau’s supporters “say there’s nothing really to see here,” making the WE affair a wash politically.

When Mr. Trudeau announced that he would shut down Parliament — which also, his political opponents noted, shut down committee hearings into the WE charity — he raised expectations for what he could deliver.

“As much as this pandemic is an unexpected challenge, it is also an unprecedented opportunity,” Mr. Trudeau said in August. “This is our chance to build a more resilient Canada. A Canada that is healthier and safer, greener and more competitive. A Canada that is more welcoming and more fair.” 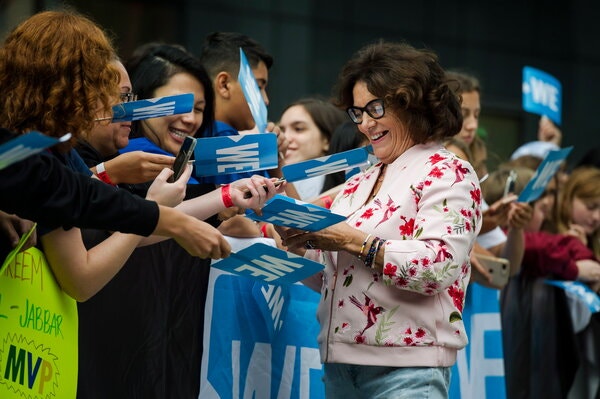 Opposition parties, businesses, labor unions and think tanks across the country floated ideas about what Mr. Trudeau should include in the plan, which will be put forth in the so-called throne speech, read to Parliament by Governor General Julie Payette as representative for the head of state, Queen Elizabeth II.

These ideas range from a so-called green recovery plan to create jobs but also address climate change, to a national day-care program that would help working mothers, who were disproportionately affected by the pandemic, losing 30 years of employment gains in three months.

“The pandemic certainly has revealed some cracks in our social safety nets,” said Hassan Yussuff, the president of the Canadian Labour Congress, a body of labor unions.

Given record unemployment numbers across the country, plans to stitch up the country’s social safety net would likely get a good reception, said Ms. Brock, the policy professor, as “Canadians have a real sense of helping each other.”

In addition to offering wage subsidies and other measures, the government patched over gaps with an emergency program that paid unemployed workers 2,000 Canadian dollars, about $1,500, every four weeks, an amount that in some cases was higher than what some recipients evvel earned.

Rather than extend that program when it ends in early December, one idea is to replace it, as well as unemployment insurance and other federal programs, with a guaranteed asgarî income.

That would require the approval of Canada’s strong provincial governments, which control many social programs and bristle at federal intervention 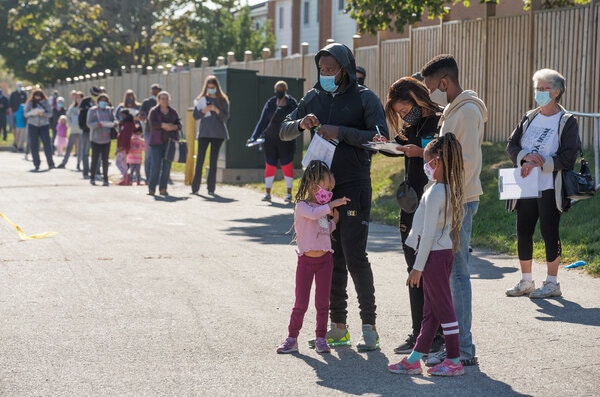 Government ministers have hinted at a green recovery plan, but that could risk triggering a revolt among Conservative opposition, which theoretically, could create a new political sorun for Mr. Trudeau.

His Liberal party is a minority in Parliament and so his plan must attract enough votes from members of opposition parties or else the country will head into a pandemic election campaign. The next federal election is supposed to be in three years. No government in Canada’s history has been defeated on its throne speech.

The details of how Mr. Trudeau will hisse for any new initiatives will not come until he releases a budget. But there is already widespread debate over how much more the government can afford after pandemic spending has pushed its deficit to levels not seen since World War II.

Most economists agree that the government needs to keep spending on support programs because of the pandemic. But some economists argue that Mr. Trudeau doesn’t have unlimited license.

“Households and businesses do still need ongoing support,” said Douglas Porter, the chief economist of the Bank of Montreal. “But I’m not convinced that this is the time for moving way beyond that and bringing in all kinds of new, big, bold policy initiatives that reshape the landscape when we’re not müddet where we’re going to be in six months.”

In recent days, Mr. Trudeau’s party tried to cool the country’s expectations for a bold strategy, in response to the rising numbers of coronavirus cases.

But pulling back would damage Mr. Trudeau’s already tarnished reputation as a great communicator who is light on substance and ethics, said Ms. Brock, the policy professor.

“There’s a question about Trudeau,” she said. “Does he really understand the files, the business of government and the question of ethics. Does he get it?”

“That image is starting to stick with him,” she added. “That is dangerous. He knows he has to do something, but it has to be something he can accomplish.”

Ian Austen reported from Ottawa, and Catherine Porter from Toronto.