Believe it or not — and I know many people will refuse to believe it — right now New York City may be among the best places in America to avoid catching the coronavirus.

In New York State as a whole, the number of people dying daily from Covid-19 is only slightly higher than the number killed in traffic accidents. In New York City, only around 1 percent of tests for the coronavirus are coming up positive, compared with, for example, more than 12 percent in Florida.

How did New York get here from the nightmarish days of April? It’s no mystery: partial herd immunity might be a small factor, but mainly the state did simple, obvious things to limit virus transmission. Bars are closed; indoor dining is still banned. Above all, there’s a face-mask mandate that people generally obey.

New York isn’t the only such success story. At first, Arizona’s Republican governor, Doug Ducey, did everything wrong; not only did he keep the bars open, but he refused to let the (mostly Democratic) mayors of the state’s biggest cities impose local face-mask mandates. The result was a huge spike in cases: For a few weeks in July almost as many people were dying daily in Arizona, population seven million, as in the whole European Union, population 446 million.

But then Ducey reversed course, closing bars and gyms. He didn’t impose a statewide mask mandate, but he allowed cities to take action. And both cases and deaths plummeted, although not to New York levels.

In other words, we know what works. Which makes it both bizarre and frightening that Donald Trump has apparently decided to spend the final weeks of his re-election campaign deriding and discouraging mask-wearing and other anti-pandemic precautions.

Trump’s behavior on this and other issues is sometimes described as a rejection of science, which is true as far as it goes.

After all, his mask skepticism isn’t just at odds with what almost every outside expert has said, it’s in direct conflict with what his own health officials — people like Robert Redfield, the Trump-appointed head of the Centers for Disease Control and Prevention — are saying. Just hours passed between Redfield’s declaration, in congressional testimony, that masks are “the most important, powerful public health tool we have” in fighting the pandemic and Trump saying that “there’s a lot of problems with masks.” 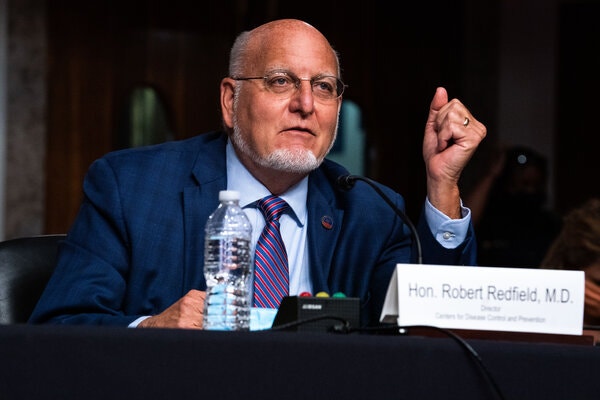 But I think it’s also important to understand the point I was trying to make with my New York and Arizona examples: The case for masks doesn’t rest merely on detailed scientific research that laypeople may find hard to understand. At this point it’s also confirmed by the lived experience of regions that suffered severe coronavirus outbreaks but brought them under control.

So how can anti-masker agitation still be a major factor impeding America’s ability to cope with this pandemic?

You sometimes see people suggesting that wearing face masks is somehow inconsistent with America’s individualistic culture. And if that were true it would be a condemnation of that culture. After all, there’s something very wrong with any definition of freedom that includes the right to gratuitously expose other people to the risk of disease and death — which is what refusing to wear a mask in a pandemic amounts to.

But I don’t believe that this is a deep-seated cultural phenomenon. Some might dismiss the widespread compliance I see all around me by saying that New York doesn’t represent Real America™. But even leaving aside the fact that 21st-century America is mainly urban — almost half of Americans live in metropolitan areas with more than one million people — would they say the same about Arizona?

And bear in mind that as long as I can remember, many shops and restaurants have had signs on their doors proclaiming “no shirt, no shoes, no service.” How many of these establishments have been stormed by mobs of bare-chested protesters?

In short, anti-mask agitation isn’t really about freedom, or individualism, or culture. It’s a declaration of political allegiance, driven by Trump and his allies.

But why make a partisan issue out of what should be straightforward public health policy? The fairly obvious answer is that we’re looking at the efforts of an amoral politician to rescue his flailing campaign.

The economy’s partial snapback from its plunge early this year hasn’t given Trump the political dividends he hoped for. His attempts to stir up panic with claims that radical activists are going to destroy the suburbs haven’t gained traction, with voters generally seeing Joe Biden as the better candidate to maintain law and order.

And it’s probably too late to change the views of the majority of voters believing that he has given up on fighting the coronavirus.

So his latest ploy is an attempt to convince people that the Covid-19 threat is over. But widespread mask-wearing is a constant reminder that the virus is still out there. Hence Trump’s renewed push against the simplest, most sensible of public health precautions.

As a political strategy, this ploy probably won’t work. But it will lead to a lot of unnecessary deaths.

The week in Europe: how is the bloc faring in the coronavirus fight?