It was the return of a lost love.

Did you savor the slingshot passes Patrick Mahomes hurled across the field for Kansas City?

How was it to watch Tom Brady taking command of the “Tompa Bay” Buccaneers?

Did it give you the joy you needed in these uncertain times?

Or did you feel something else?

The return of a lost love comes with risk. The N.F.L. is back. Aside from a doubleheader on Monday night, its first fraught and long-awaited week is in the books. But did the league’s sudden, large-scale embrace of Black Lives Matter have the gloss of a put-on? Maybe the prerecorded crowd noise sounded flat and fake.

When fans were allowed in the stands, 16,000 went to Arrowhead Stadium on Thursday night to cheer Mahomes and the Chiefs. Were they in a fog of denial?

The return of professional football to a nation living on a raw and perilous edge, still struggling to confront a lethal virus and trying to heal its deep racial wounds, offered fans a deriyse and unlikely paradox. I loved watching the games, but I loathed it, too.

After so many endless, pent-up weeks, maybe you couldn’t wait to see the impossible tackles and stunning touchdowns. But at the same time, maybe you worried about what the return of professional football might mean for sports, for the nation and for all of us.

Hold tight. We could be one big outbreak of Covid-19 away from a calamity and deep regret.

The N.F.L. is hardly alone.

Over the weekend, tennis crowned new U.S. Open champions in the empty echoes of Arthur Ashe Stadium in New York. Golf is back, with its own restrictions, and so is college football. The N.B.A. and N.H.L. playoffs are underway, sealed away from everyone but coaches, reporters and league officials, and in the N.B.A.’s case, family members.

The W.N.B.A. postseason begins soon, and baseball’s is not far off. 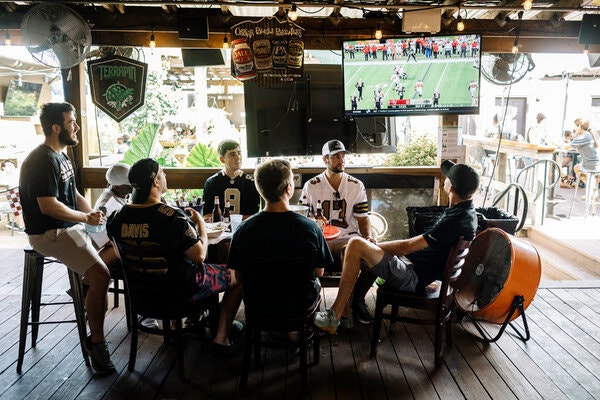 But professional football is different. Despite its ugly faults — rampant brain injuries and a glaring racial divide between Black players and white team owners at the forefront — the N.F.L. is America’s most-watched sports obsession. Its reappearance is a milestone. But has the N.F.L. signaled, as no other league can, that we are returning to the world we evvel knew?

“This isn’t baseball, or not even basketball,” Pete Carroll, the 68-year-old coach of the Seattle Seahawks, said to me when we spoke the other day. Carroll is a big believer in the steps that teams took during training camp to control the virus. But he is also aware of the risks. “We got guys in freakin’ huddles and lines of scrimmage, and, you know, we’re just all over each other.”

There’s another danger, too.

Is the return of our most popular sport sending a false alert that we have almost conquered the virus?

Consider this terrible number: 193,700. That, at the very least, is how many Americans it has killed so far.

Consider, as well, that many of us have lost our shock at that number.

Think of it this way: It is nearly four times the number of Americans killed in the Vietnam War.

It is almost three times the number of fans in attendance at Soldier Field in Chicago when it is full for football games.

The death toll, 193,700 and growing, should never become an abstraction, just another number that we fail to honor or learn from. 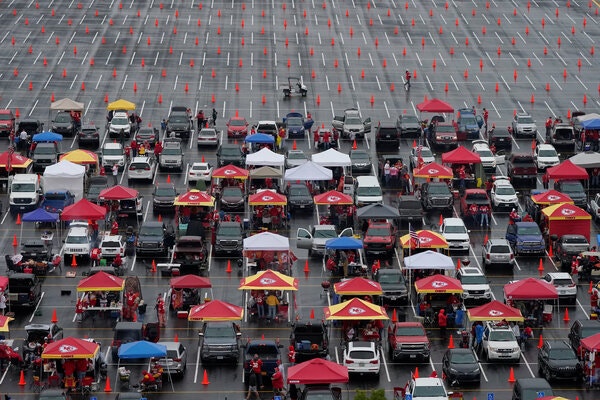 Will the deep desire for normalcy, heralded by the return of the N.F.L., add to our lack of focus, our fog of denial — and the difficulty we are having in our efforts to tame not only the virus, but racism?

On the field before the Chiefs played the Houston Texans in the season opener, players and coaches, Black and white, linked arms in a display of unity against injustice. The derisive boos they heard from the fans were a reminder that some want not only a return to olağan, but also a return to a world that bucks against the societal shifts of 2020.

That said, no part of our eagerness for sports should be a surprise.

It is understandably human. We need joy, after all, and to find distraction in times of trouble. The urge to play and watch games might be hard-wired.

The N.F.L. was not around when we fought World War I and the Spanish flu at the same time. But baseball, then the unchallenged national pastime, did not stop. Perhaps it should have. Players grew seriously ill, including Babe Ruth, who is said to have caught the disease twice. He recovered. But an umpire died.

Historians, including Randy Roberts of Purdue University, say that fans attending the 1918 World Series and celebrating the champion Boston Red Sox likely contributed to one of the worst outbreaks of the Spanish flu. The pandemic ended up killing about 675,000 Americans.

“I honestly feel,” the president wrote, “it would be best for the country to keep baseball going.”

Victoria Jackson, a sports historian at Arizona State University, reminded me this week: “World War II was a time when the nation came together with a shared sense of sacrifice. Baseball was seen as a reward that was earned for that sacrifice.”

Have Americans sacrificed collectively in their wars against racism and the coronavirus? 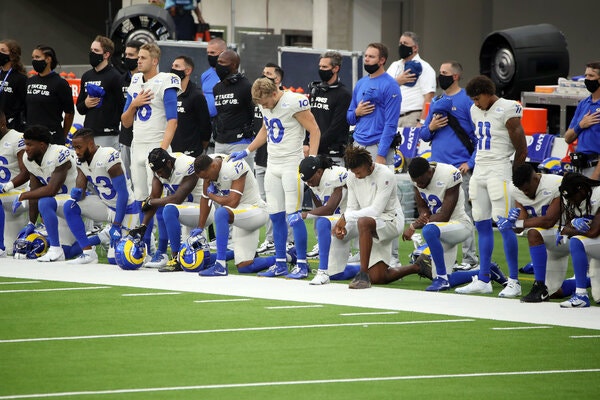 Taking cues from White House tweets, large swaths of our country still want to wish the pain of 2020 away. Far too many think that protest against police brutality is wrongheaded and that Covid-19 is a hoax — that masks are for fools, and that science should be ignored.

Is the N.F.L. joining in the message? We’re back. We can do this. The olağan days of old are just around the bend.

During weeks of disciplined, highly controlled training camps, only less than 1 percent of its players tested positive for the virus.

But now, Carroll said, comes the hard part — “the big challenge.” Now players, coaches and staff will be crisscrossing the country for games. Some of those games will have fans in the stands.

During the coming weeks, we are likely to see a push for more crowds, and larger ones, too — in parts of the country that are still laden with suffering.

The N.F.L. is back, but should we still love it?

Kurt Streeter is the new Sports of The Times columnist. He has been a sports feature writer at The Times since 2017 and previously worked at ESPN and The Los Angeles Times. See his work here.

Tom Brady Led the N.F.L.’s Week 1 Flops, but There Were Others