PARIS — In the Babel Tower of French politics, everyone agrees at least on this: Crime is out of control.

The leader of the far right warned recently that France was a “security shipwreck’’ sinking into “barbarity.” A traditional conservative conjured up the ultraviolent dystopia of “A Clockwork Orange.” On the left, the presumed Green Party candidate in the next presidential contest described the insecurity as “unbearable.’’

And in the middle, President Emmanuel Macron’s ministers warned of a country “turning savage” — the “ensauvagement” of France — as they vowed to get tough on crime and combat the “separatism” of radical Muslims.

The only catch? Crime isn’t going up.

The government’s own veri show that nearly all major crimes are lower than they were a decade ago or three years ago. Despite a one-year spike, the 970 homicides recorded in 2019 were lower than the 1,051 in 2000. Over all, crime rose in the 1970s through the mid-1980s before declining and stabilizing.

But like elsewhere, and mirroring the campaign in the United States, the debate over crime tends to be a proxy — in France’s case, for debates about immigration, Islam, race, national identity and other combustible issues that have roiled the country for years.

The intensity of the current rhetoric comes after a spate of incidents over the summer — including violence on Bastille Day and the beating of a 44-year-old man after he asked a customer at a laundromat to wear a mask — that for many typified a particularly terrible year for France.

The economy is still reeling from one of Europe’s strictest coronavirus lockdowns this spring, and its traditional social fabric is being increasingly challenged by racial and ethnic minorities and by women who have protested injustices such as sexual abuse and police violence. 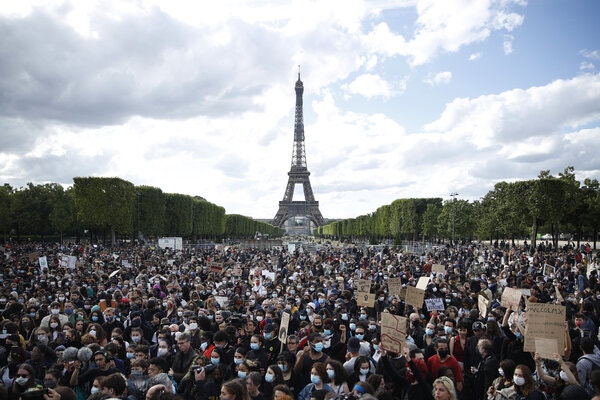 “Let’s put it bluntly: For France, this summer has been a murderous summer,” said Marine Le Pen, the leader of the far-right National Rally and Mr. Macron’s main rival in the last presidential election, and his presumed challenger in the next one, in April 2022.

But notably, even at the height of the Yellow Vest protests two years ago, when looting and rampaging through wealthy districts of Paris had become a weekly occurrence, there was very little talk of crime as a major social issue.

The Yellow Vest movement was overwhelmingly white. This year, many of France’s largest demonstrations, which were mostly peaceful, were inspired by the Black Lives Matter movement and the killing of George Floyd in the United States, which forced the issue of police brutality to the front of the political agenda.

In Ms. Le Pen’s view, the current insecurity stemmed directly from the “systematic targeting of the police by the anti-police campaigns of racial activists.”

In a poster for a by-election later this month in northern France, Ms. Le Pen appears next to the local candidate with the message: “During the summer of 2020, several French people have been killed by scum stemming from immigration. Without political action, this could happen one day to those close to you, your brothers, your sisters, your children…”

More than any other French politician, Ms. Le Pen has zeroed in on the issue of crime. She and her supporters in the National Rally have tied it directly to immigration from Africa, which they fiercely oppose, and framed it as a threat to French civilization with words like “ensauvagement” and “barbarity.”

“In Rome, barbarians didn’t have the same values as the Romans,” Philippe Olivier, a close aide to Ms. Le Pen and a member of the European Parliament, said in an interview. “Romans admitted the barbarians: Rome ended up collapsing.’’

As the idea of “ensauvagement” — long a dog whistle of the far right — has been adopted even by Mr. Macron’s own ministers, Mr. Olivier described it as “an ideological victory.”

“This theme can take us to victory in the regional and departmental elections, and then in the presidential election,” he said. “We’re on our ground. It’s a home game.”

According to a poll published last week, 70 percent of respondents said the use of “ensauvagement’’ was justified in describing France’s security situation. More significantly, positive assessment of Mr. Macron’s handling of crime had dropped to 27 percent — down from 32 percent last October and from 41 percent in April 2018.

The importance of crime among voters has put Mr. Macron in a dilemma: how to appear tough on crime without embracing the loaded language of the far right. 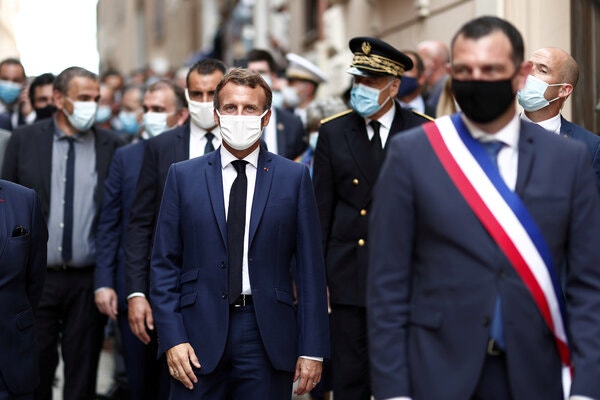 So far, Mr. Macron has avoided pronouncing judgment on the term. Last week, he appeared visibly annoyed when a reporter asked him about the word “ensauvagement,” replying that “actions are important.”

“You’ve done the Kama Sutra on ‘ensauvagement’ for the past 15 days,” Mr. Macron added, meaning that the media had analyzed it from every possible position.

Crime rates began climbing in the 1970s through the mid-1980s because of a confluence of events. Economically, it was a period that witnessed the end of three decades of rapid growth known as “Les Trente Glorieuses,” or “the Glorious 30.”

But then came the 1973 oil crisis, economic instability, recession and high unemployment — especially among working class youths who turned to petty crime and caused a rise in delinquency, said Laurent Bonelli, a political scientist and expert on the history of crime at Paris Nanterre University.

Demographically, France had a young population, with the median age at a postwar low of about 31 — the current median age is about 41. In 1976, France also legalized family reunification, marking the start of an influx of immigrants from sub-Saharan and Northern Africa.

Those factors helped turn crime into a hot-button issue in the late 1970s, and it has episodically defined presidential politics since.

In 2002, the Socialist candidate, Lionel Jospin, an early front-runner, failed to qualify for the second round of the presidential election largely because he was regarded as being weak on crime. Instead, Mr. Le Pen reached the runoff phase for the first time, eventually losing in a landslide to the conservative, Jacques Chirac.

But in the following presidential election, of 2007, Mr. Le Pen performed poorly, losing votes to a politician who had fully grasped the importance of crime as an issue: Nicolas Sarkozy. Mr. Sarkozy, as interior minister, had evvel said that he would clean out an immigrant-heavy banlieue, or suburb, “with a Kärcher’’ — a high-pressure water hose used to wash off graffiti.

In July, Mr. Macron, acutely aware of the electoral importance of crime as an issue, chose as his new interior minister and head of the national police a very close ally of Mr. Sarkozy, Gérald Darmanin. Mr. Darmanin, who has become the government’s face against crime, has also unapologetically defended the use of the word “ensauvagement.”

In the prelude to the 2017 presidential election, Mr. Macron portrayed himself as a progressive candidate and successfully dodged the themes of crime that pervaded the discourse of his main opponent, Ms. Le Pen.

But over the past year, he has been moving progressively to the right, in an effort to appeal to an electorate that has become “more conservative, more right-wing,” said Vincent Martigny, a professor of political science at the University of Birçok.

“He is being careful not to lose points in a presidential race that has already started,” Mr. Martigny said.

Presidential contenders across the political spectrum are jumping on the issue of crime.

The actual numbers behind crime trends have been lost in the heated language.

Christophe Soullez, head of the National Observatory of Crime and Criminal Justice, a government-financed monitor, said that, over the past 20 years, “there is indeed a stability of violence in general.”

According to annual reports produced by the government’s National Institute of Statistics and Economic Studies since 2006, acts of physical violence outside the home have decreased by 8 percent from 2006 to 2018; thefts with physical violence or threat have dropped by 61 percent in the same period. 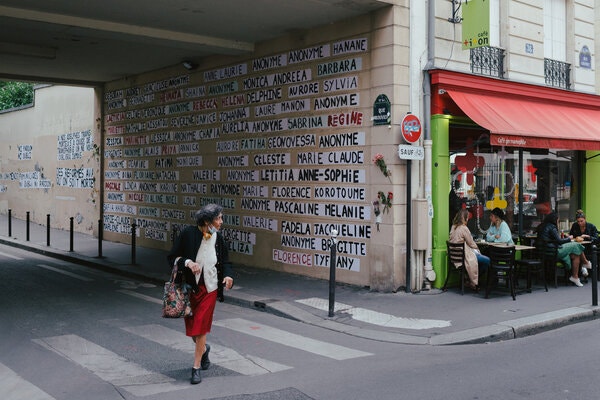 Sexual violence is the category with the sharpest increase in the past decade, more than doubling according to police veri. But much of the rise reflected an increase in complaints resulting from a growing awareness of sexual violence, fueled by the #MeToo movement, said Laurent Mucchielli, a sociologist who specializes in violence and delinquency at the National Center for Scientific Research, France’s national research organization.

Asked why the official veri belied a surge in crime, Mr. Olivier, of the far-right National Rally, accused the French government of doctoring the real figures since the 1970s.

“At all levels, the numbers are being doctored. We’re like children who cover our eyes and the reality disappears,” he said. “But I’m going tell you, we don’t give a damn about the quarrel over the numbers. Fundamentally, these are sandbox quarrels.”

Kosovan PM to push for constructive dialogue with Serbia

EU's youngest commissioner on how to turn climate crisis around