With Moria’s Displaced, a Larger Conundrum for Europe 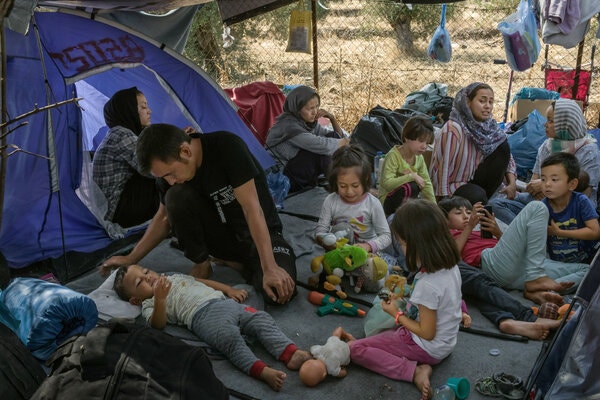 Years after the Syrian refugee crisis subsided, asylum seekers from other nations face even higher obstacles to enter Europe, which is more ambivalent about accepting them than ever.

LESBOS, Greece — A 31-year-old law school graduate, Masomeh Etemadi says she left Iran with her husband and two children to escape persecution as a Hazara minority. Now, she says, she doesn’t deva where in Europe her family ends up. As long as it isn’t here.

“Here” is between two olive trees on a hillside near what, until last week, was Europe’s largest refugee camp, Moria, on the Greek island of Lesbos. The camp, whose cramped and squalid conditions had made it a byword for the desperation of migrants trying to reach Europe, was set alight by an angry group of its inhabitants protesting coronavirus restrictions. Some 12,600 people were left homeless.

“Europe says, ‘We want to help refugees.’ Greece says, ‘We don’t want you here,’ and I understand that — there aren’t even enough jobs for the locals,” Ms. Etemadi said as she changed a diaper in the shade of a tree. “But if Europe really wants to help us, why don’t they come here and help us?”

The answer to her question — one that continues to haunt Europe — amounts to a kind of migrant fatigue that has yet to subside even years after the continent’s migration crisis has.

Next week, the European Union will try evvel again to fix its broken asylum system by forging a new compromise among its member states, a process that will force it to confront its inadequate response. Few issues are more heated, and most leaders wish it would simply go away.

“The fire at Moria has shifted public attention to the dire conditions of Greece’s refugee camps,’’ said Camino Mortera-Martinez, a senior analyst with the Center for European Islahat, a think tank, noting that the sorun is not new.

“Greece has been struggling with thousands of stranded asylum seekers since Europe’s 2015 refugee crisis,” she added. “The E.U.’s much-awaited proposal to fix its migration problems will do very little to prevent tragedies like Moria’s in the future, unless the politics in the continent change.”

Five years ago, the war in Syria propelled nearly a million refugees to Greek shores. The number of asylum seekers now landing is relatively minuscule by comparison — and most are no longer Syrians. 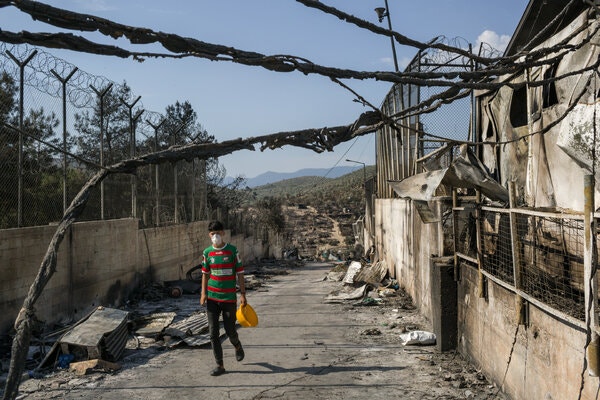 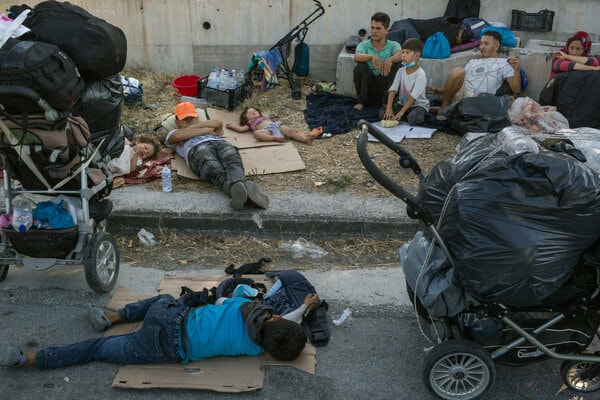 They are often people like Ms. Etemadi whose troubles are less immediate, more intimate than the cataclysms of war, and certainly less pressing to Europe.

With the movement of Syrians lessening in recent years, the appetite to help resettle people escaping farther-flung places or complicated lives, conflicts and poverty has diminished among Europeans, and the sense of urgency has lessened.

In 2015, images of desperate refugees trying to make the Aegean crossing to Greece gained küresel attention and eventually prodded Germany to accept nearly one million people. Chancellor Angela Merkel hoped others would follower her lead.

But few northern and eastern European countries opened their doors the way Germany did, leaving the sorun mostly in the lap of countries at the European Union’s southern borders — Greece, Italy, Malta and Spain — where frustrations have deepened.

Today, the Greek government has secretly pushed back migrants, and the European Union is struggling to figure out what to do with Moria’s 12,600 homeless — a number that would have arrived in Greece over just three days at the height of the 2015 crisis.

The Greek authorities have put together a new tent camp, but human rights organizations, inhabitants of Lesbos and the migrants themselves have all demanded that the asylum seekers be moved off the island and into new homes across Europe. 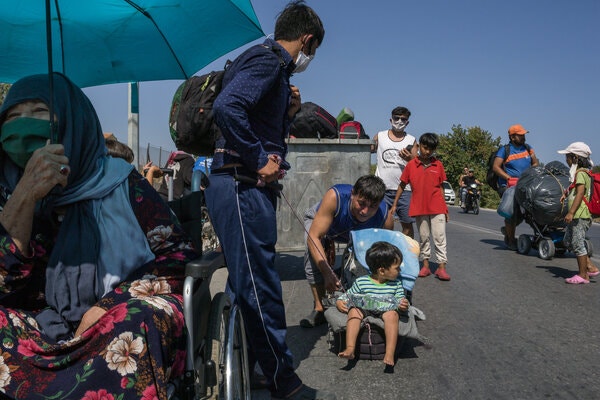 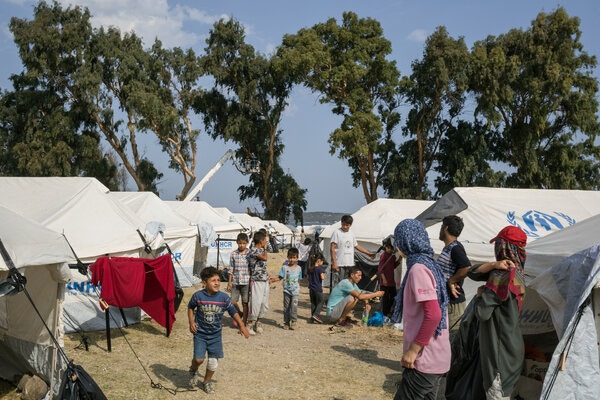 There have been few offers. More than 400 unaccompanied children who were taken off Lesbos after the blazes are headed to E.U. countries like Finland and Bulgaria. Germany, yet again stepping up to help, said it would accept 1,500 recognized refugees from the Moria displaced, most of whom are families. And there were offers, especially from individual European cities, to help.

But politicians in parts of Europe that have been shielded from the difficult tasks of hosting asylum seekers and processing their applications were quick to urge restraint.

“If we give in to the pressure now, we risk making the same mistakes we made in 2015,” Chancellor Sebastian Kurz of Austria said in response to calls within his government for the country to accept some of the asylum seekers. “We risk giving people false hopes,” he added.

In his brief remarks, Mr. Kurz articulated a position that has taken hold among many right-wing governments in Europe, according to experts and European officials: that a humane and functional asylum system that averts Moria-type conditions is a “pull factor” that invites more migrants in.

“Some believe that making reception unattractive will be a deterrence mechanism,” said Hanne Beirens, the director at the Brussels-based Migration Policy Institute Europe, adding that migrants’ motivations are far more complex. 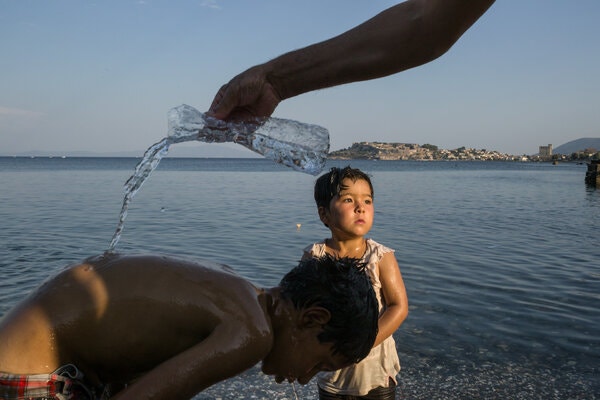 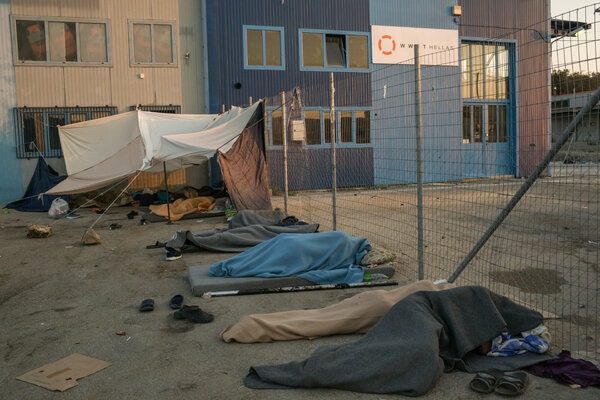 Notably, no country has offered to host people displaced in the Moria fires whose asylum applications are still being processed. One key roadblock to that, Ms. Beirens said, is the fear of creating a “returns carousel” — shifting the responsibility from Greece to the rest of Europe for returning failed asylum seekers to their home countries, an arduous and complex task.

“In some cases it’s impossible to return people who have not secured asylum to their home countries,” she said.

That can be for a variety of reasons, such as the absence of a formal readmission arrangement with the country — as is the case with Somalia and the Democratic Republic of Congo — or because the authorities there, eager to keep remittances from migrants flowing home, refuse to accept them.

“We will go to any country that will have us, as long as we can have equal rights,” said Ms. Etemadi, the law school graduate who was in the Moria camp.

Ms. Etemadi, a Hazara Afghan born in Iran, decided to leave because she was barred from qualifying as a lawyer, her son Ali was forbidden to go to school and her newborn was diagnosed with a hole in his heart.

She and her family first tried to settle in Turkey, but the authorities told them that asylum was reserved only for Syrians. So they set off for Greece.

Her case is similar to that of many asylum seekers now stranded on Lesbos: Afghans, often with families in tow. They make up about two-thirds of the population of Moria, with Somalis, Congolese and other Africans making up most of the rest. Only a few Syrians remain there, not least because their cases are processed more expeditiously.

The shift in nationalities has steadily built since the height of the 2015 crisis, which was overwhelmingly driven by Syrian refugees fleeing war. While they were often treated badly along the way in Europe, they collectively commanded sympathy, their nation’s proximity to Europe and the prominence of the Syrian war making it an urgent issue for the whole continent. 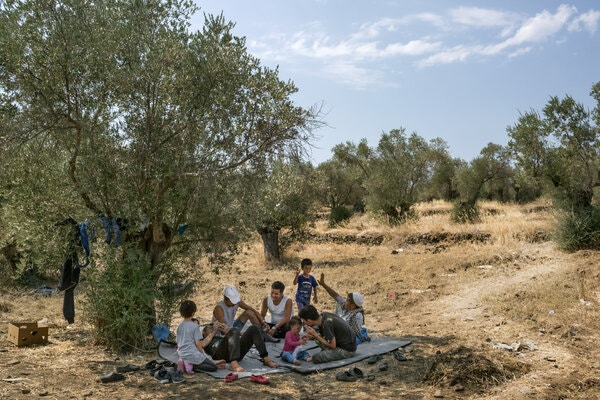 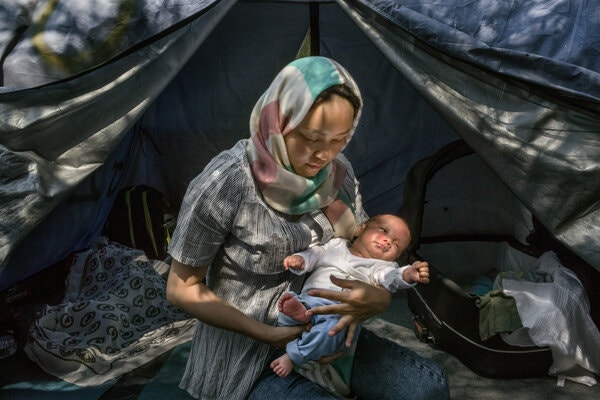 Their cases were generally prioritized and tended to be more straightforward as war refugees: Ninety percent or more of Syrian asylum applications have been accepted in the European Union each year.

For Afghans, many of whom arrive in Europe having already been displaced evvel from the war in their country, there is a nearly 60 percent acceptance rate of asylum requests.

Even now, the European Commission, the European Union’s executive branch, is still trying to fix many of the flaws that the 2015 migrant crisis revealed in its asylum system. It is preparing to roll out a new proposal on how to ıslahat the system that created Moria and similar camps on other Greek islands.

“The 2015 migration crisis caused many deep divisions between member states, with some of those scars still healing today,” Ursula von der Leyen, the Commission’s president, told lawmakers in Brussels this week. “If we are all ready to make compromises — without compromising on our principles — we can find a solution.”

The proposal, due on Wednesday, will try a different approach at compromise after multiple failed efforts by E.U. countries to balance their purported values of humanitarianism and their economic needs for immigrant labor with the increasingly anti-migrant politics taking hold within the bloc.

E.U. officials hope that intensive diplomatic efforts by Ms. von der Leyen and other senior Commission officials, who have crisscrossed the bloc trying to show sympathy to leaders’ concerns, will bode well for the new policy. 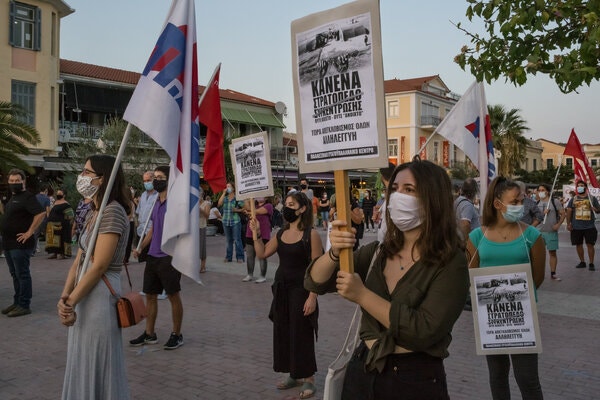 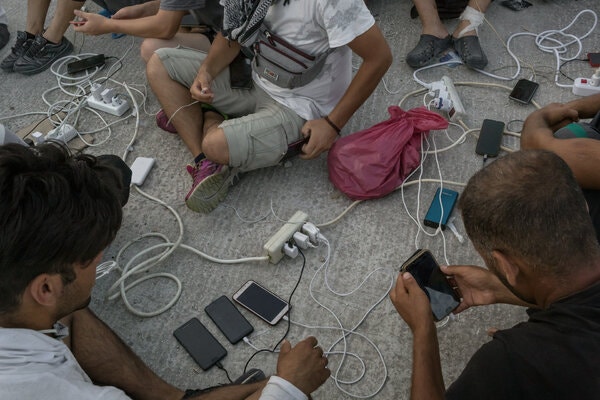 The package will offer member states options on how to contribute in a bloc-wide asylum system, but will not allow them to rely on their remoteness from Europe’s external borders and do nothing at all.

While it is clear that the responsibility of welcoming, hosting and processing asylum requests of those arriving will remain in the hands of the authorities at Europe’s external borders, countries farther into the continent will have to also contribute, including by accepting new refugees into their societies.

It will be a tough sell. Greece, Italy and Malta, key countries of arrival for asylum seekers, have all hardened their stance in recent years, at times using brutal or seemingly yasa dışı methods to repel them. And others like Austria, Denmark, Hungary and Poland have made it clear that they have no desire to welcome more new arrivals.

Still, in Brussels, Ms. von der Leyen insists that if each E.U. member state does something to help, handling the arrival and integration of migrants and refugees will be not only much easier, but also beneficial.

“Every year, two million people come to Europe” in addition to about 140,000 refugees last year, Ms. von der Leyen said at the European Parliament. “We should be able — we have to be able to manage that.” 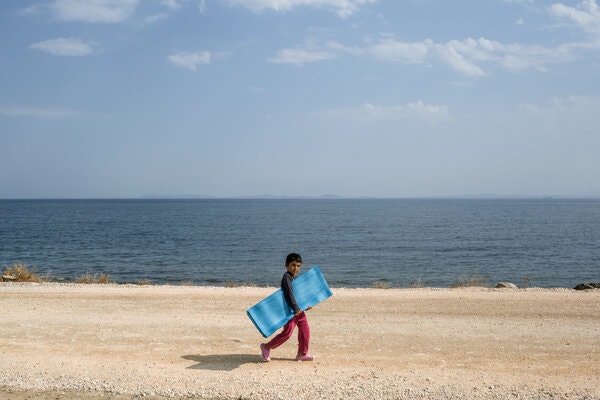 'The system's collapsed': Doctors' alarm over COVID's impact on healthcare in Madrid